First there was the Roomba, which is a clever little robot that wheels around rooms in your house and vacuums the carpets. It’s one of those “why didn’t I think of that?” concepts, and I don’t know how successful or popular the devices are, but I’ve always considered them pretty cool.

Add a new chapter to “why didn’t I think of that?” as the Auto Mower is released. Here’s a quick summary:

It works similarly to the Roomba robot vacuum in that it self-charges at a docking station, navigates on its own and can be set to run on schedule. You shallowly bury a boundary wire around the general perimeter of your lawn and any gardens to let the machine know its limits. It can handle inclines, rain and simply reverses itself when it bumps into things like trees.

The Auto Mower runs on a rechargeable nickel metal hydride battery that can mow for about four to six hours between charges. Since it’s quiet, you can set it to run at night. In fact, the company says it only needs to be set up once at the beginning of the season and then can be left on its own to mow and charge. Safety sensors stop the blades– which only spin while the machine is in motion– when the machine is lifted off the ground. 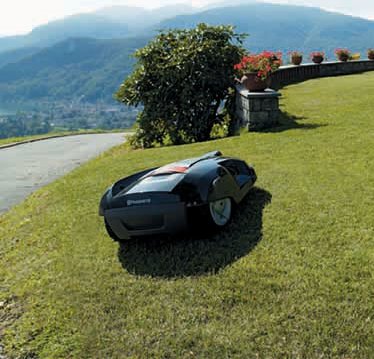 Since Zing is hiring a new programmer, I’ve been wading through resumes sent in response to my job posting on Craigslist. Sometimes there are some real gems in there… people who say they’re PHP programmers, but upon reviewing their resume, you see they’ve been in the computer industry for about a year, and prior to that they spent four years at (for example) Blockbuster.

Take this fabulous item, quoted from an actual resume, discussing experience at Blockbuster:

Holy cow! That’s an impressive list of duties for someone who basically stands behind the counter and asks “Would you like some Goobers with your rental tonight?”.

While I think it’s great that people work at Blockbuster, it’s hard for me to understand why they think I should hire them as a web developer for over $50,000 a year…

One of the kids’ friends brought her copy of Dance Dance Revolution to our house (she has a different version than we do) and the kids were all listening to the music– not dancing, mind you– when I came in for my afternoon snack.

Oh my. I explained to them that the song is probably twenty years old (still a classic, of course!). I’m surprised they have it in the game, because most of the music is modern dance stuff. I guess some tunes just never go out of style.

They really got a kick out of the music video, too. “Look at their hats!” they said. “And did you see how they whipped off that lady’s hat?” 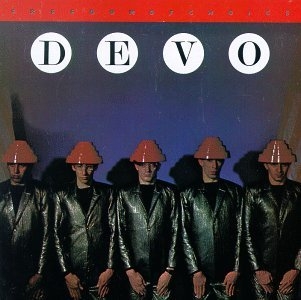 I don’t get much spam any more (hooray) so unfortunately I miss out on all of the cheesy loans and mortgages and drugs and money transfer deals. But today I picked up a great ad: 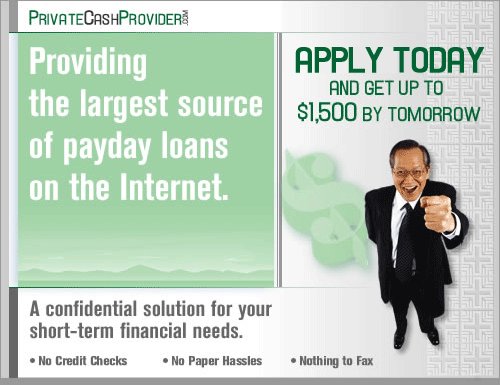 I particularly like the happy punching guy on the side. Not only do you get $1,500 BY TOMORROW but you also get a free bonus SOCK TO THE KISSER BY SOME ASIAN GUY!

Our family enjoys playing Dance Dance Revolution, but I wonder how much more fun we’d have if we installed a Dance Dance Immolation set in our family room.

As shown here, you do the standard dance moves on your control pad. Note the fashionable fireproof suits. 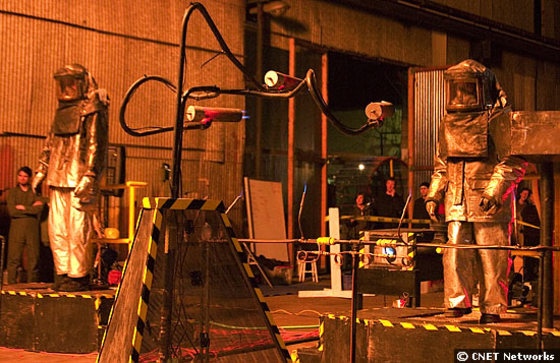 When you goof up a step, you get sprayed by a flamethrower! Whee! 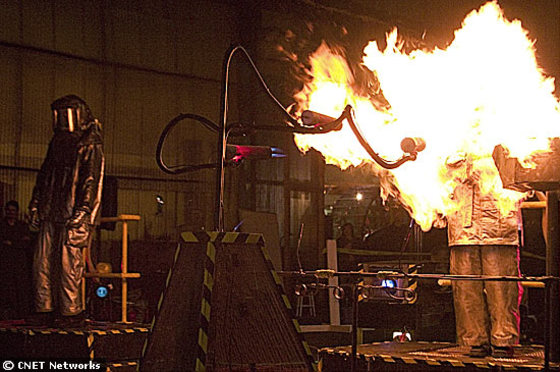 This week marks the start of my hyper-exercise season. For the next two months, my weeks will include the following:

That’s four or five ultimate games per week (depending on whether we have a double header or not), as well as dodgeball. Of course I’m also biking ten miles to my office a couple days a week, and there’s the occasional paintball game on Saturdays. We’re considering a whitewater rafting trip soon, and inevitably we’ll be hiking every few weekends.

Wow. By September I should be in fabulous shape. Just in time to get flabby again during the hibernation season.

This description cracked me the heck up. 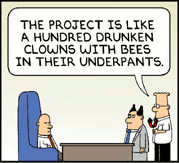 An artist named Kim Dingle asked teenagers in high school to draw the outline of the United States from memory. The result was… umm… interesting. 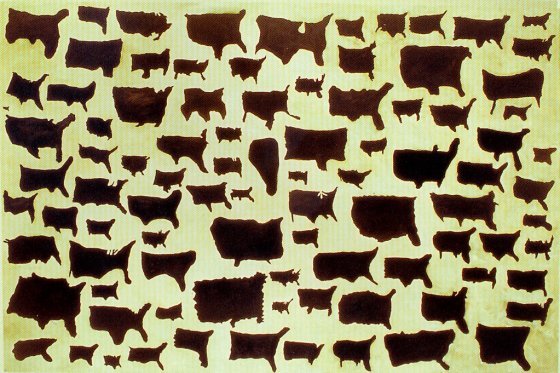 She observed that Florida appears in nearly every representation of the country, although very few kids included the Great Lakes; even Texas wasn’t guaranteed a spot. And a couple of those are so unrecognizable they could be inkblot tests or something.

So there was this guy. And a couple of his pals. And a plan they had to blow up JFK airport in New York City.

Luckily the plot was foiled, even though it appears it wasn’t very well-thought-out. They had intended to ignite the fuel lines running beneath the airport, expecting the entire airport to go sky-high and “leave very few people alive”. Indeed, blowing up an entire airport would be catastrophic, but apparently the way the fuel lines work make such an event extremely unlikely.

So three cheers for the FBI agents who tailed this guy for a year and a half before finally arresting him today, but a big fat raspberry boo to New York’s mayor, Michael Bloomberg. He proved that he’s been to Camp Nine Eleven when he said:

The fact that plotters conspired to plan an attack on John F. Kennedy Airport is another reminder that in today’s world we face constant threats from people who want to take away our freedoms and destroy our way of life.

Why do these fear-mongering terrorist-happy politicians insist on claiming that every attempt to blow something up means we’re going to lose our freedom and our way of life?

It’s true that I would be sad if JFK airport went up in flames, and certainly there would be widespread feelings of grief for the victims and anger toward those who carried out the plot. But I can’t understand how an airport exploding would mean I’m less “free” than I was yesterday.

If anything, it’s the very politicians who spout such nonsense that are actually taking away our freedoms. Every time they point to a plot like this, and how we’re all “safer” because the Bad Guys were nabbed (note that the plot was nowhere near ready for execution, so there was no imminent danger), they mention that all of the surveillance techniques and wiretaps and other intrusive and freedom-destroying tools employed by our government were “instrumental” in making the catch. Then they insist we need more of them. More surveillance. More databases. More identification required. More background checks every time you buy a Snickers at the gas station.

I, for one, would rather face the chance that I’ll die in a terrorist act someday (which is terrifically unlikely) over the alternative of a police state whose stated goal is “protecting my freedoms”. No thanks, guys, my freedoms are just fine without your help.