I really enjoyed the 2003 remake of The Italian Job. It had a good plot, exciting action scenes, and was well cast. And hey, Charlize Theron. 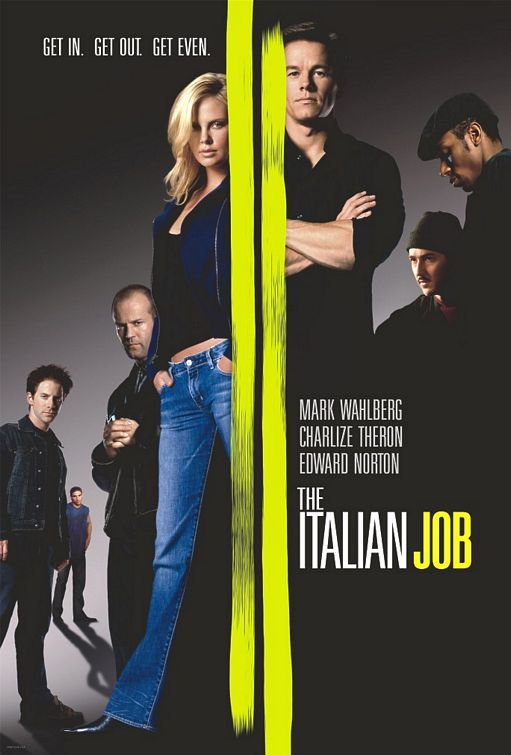 So for a while I’ve been thinking it would be fun to see the original 1969 version of the movie. I’d heard that version included the thrilling Mini Cooper chase scene, and it stars Michael Caine so it must be decent.

Laralee and I watched it last night and I have to say that’s an hour and a half of my life I’m never going to get back. I can’t believe Michael Caine was even asked to play a role in a movie after that, it was so awful. 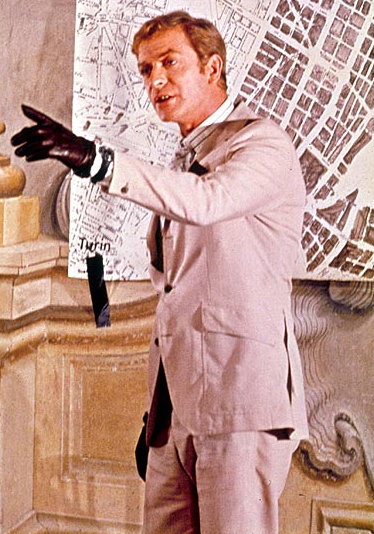 Let me put it this way: Benny Hill (yes, that Benny Hill) is one of the co-stars. The plot was so full of holes that you could drive a Mini Cooper– no, make that three Mini Coopers– through them. The Italian Mafia was supposed to be a bunch of scary bad guys but in fact just had dark suits and bad hairdos, eventually coming up with some kind of plan to steal the gold from Caine and his buddies but mysteriously disappearing from the final part of the movie. The Italian police were more like the Keystone Cops with their idiotic hijinks and complete ineptitude. The computer that controlls Turin’s traffic lights apparently makes a bunch of crazy hums and beeps when it reads the 18″ tape reel with the hacker program on it… which had to be installed by a highly skilled programming genius hired just for the job, because no mere grunt could possibly have switched the tape like he did.

The high point of the film was when the prison warden, who is involved in the whole gold heist for reasons beyond mortal comprehension, struts around the prison while all of the inmates bang their food trays and sing. I kid you not.

By the end of the movie I was really hoping the gold would slide out of the back of the bus and take everyone tumbling down the rocky mountainside in a flaming ball of destruction. Heck, maybe that’s what happens– the movie ends right at that point, and you never know.

Note to self: sometimes the original is much, much worse than the remake. Do we dare watch the original 1960 version of Ocean’s Eleven?

“At Discover Card, online security is our top priority!”

Just tried to change the password on my Discover account, but was told that I can only use letters and numbers– no “special” characters– and it has to be between 5 and 10 characters.

Thanks, Discover! It must be a real challenge to allow a password that’s 12 characters long and contains special characters… like every other web site on the planet. I can understand why your top priority doesn’t include something as simple as that.

Watching episode 3 of “V” tonight, at the end is a little chatty scene between Anna, the supreme commander of the Visitors, and Lisa, the cute peace corps representative who– for reasons beyond mortal comprehension– hangs out with sullen teenager Tyler. And as they were talking, Anna praised Lisa for the good job she was doing wooing Tyler or whatever. There was a pause.

At the same time, both Laralee and I said, “Yeah, thanks, Mom.”

Whoa! The big climactic revelation of the episode! The cliffhanger that will leave us wondering until the next installment! La and I could totally write this stuff. 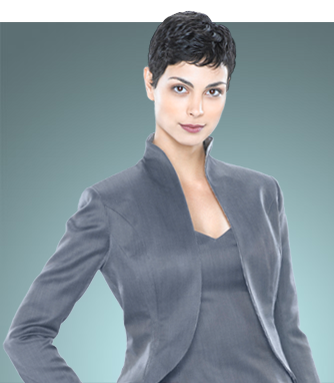 Alex is reading The Lord of the Rings trilogy and has almost finished the first book. I’m so proud. He read The Hobbit a few years ago and found it so-so, but he says he’s really enjoying the full series. Unlike me, he reads several books at once so while he’s been plowing through The Fellowship of the Ring he’s also been reading various comic books and other teen stuff from the library.

The other day I asked him where he was in the book and he told me he was reading the second-to-last chapter “The Great River”. Then he commented, “How dumb are these hobbits, anyway? Frodo hears a splash and Sam sees a ‘log with eyes’ and none of them realize it’s Gollum? Sheesh.”

Speaking of which, here’s some Lord of the Rings humor: 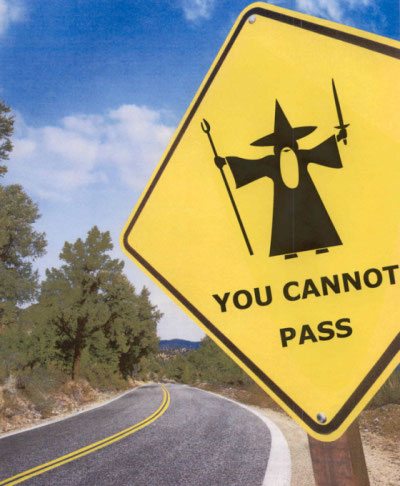 Laralee doesn’t think I can go a day without working. Of course it’s hard when I have so many things to do, and a day when nothing else is really happening. So I succumbed (a little) today, and my schedule looked something like this:

All in all a good day. Dinner was especially fun– we went over to our neighbors’ house and spent about four hours eating and talking. Good food, good friends, good fun.

One of my clients is working on moving their web application and several server applications to a single hosting provider. I’ve been asked to help with this transition (since I’m the “technical guy”) and as part of that process I’m evaluating proposals from various web hosting providers around the country.

What’s breathtaking to me is how much some of these companies charge for simple things. For example, in the proposal I’m reading right now, they’re charging $60 per month for an additional 512MB of memory in the server. There are two things amazing about this: first, you can’t even buy memory in 512MB pieces any more– the smallest server-class RAM comes in 1GB; second, that 1GB memory chip costs about $20. Once. To charge $60 every month for something that cost the equivalent of $10 and then had to be plugged into the server motherboard is astounding.

Then there’s disk space. You can find a nice 1TB hard drive just about anywhere for around $100. A server-class drive– which tends to have higher spin rates and lower failure specs– might cost $200. And this proposal lists a 750GB drive (which is only three-fourths of that 1TB drive) at $320 per month. Per month! In other words, over the course of a year for that money you could walk down to your local Best Buy and pick up 38 1TB drives– roughly fifty times the storage. And by the end of the year that $100 price tag is going to drop to $75 anyway. Technology gets cheaper by the day.

How do these guys sleep at night, charging these outrageous fees?

Actually, maybe I should look at it a little differently. I own a hosting company, after all… maybe I should be charging exorbitant rates for the memory and disks on my servers! (Cue evil laughter…)

I was reading an article about a startup company and at the end the author wrote about how his company was working to– and I quote– “swallow the red pill, stuff the Tauntaun, and hack the Kobayashi Maru.”

I don’t know exactly what “stuffing the Tauntaun” means in this context, but I thought it was simply awesome to reference those three things. And bonus points to Laralee for knowing what all of them are.

I just walked past the dining room and saw this interesting tabletop arrangement: 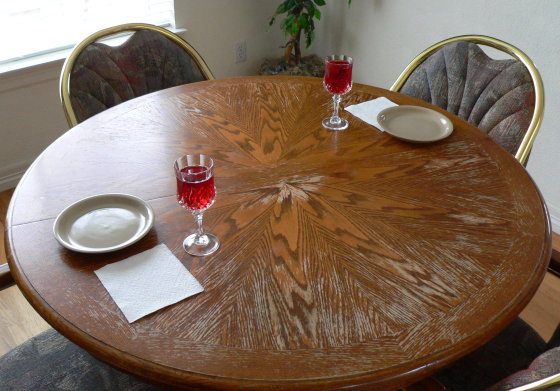 Apparently Alex and Kyra are making their lunch, and they want it to “seem like we’re eating in a nice restaurant”.

They’re having Annie’s Mac and Cheese.

“With focus, dedication and steroids, men can achieve impossible dreams. Like breaking a world record. Or growing their own breasts.”

“When you wish upon a falling star, your dreams can come true. Unless it’s really a meteorite hurtling to the Earth which will destroy all life. Then you’re pretty much hosed no matter what you wish for. Unless it’s death by meteor.” 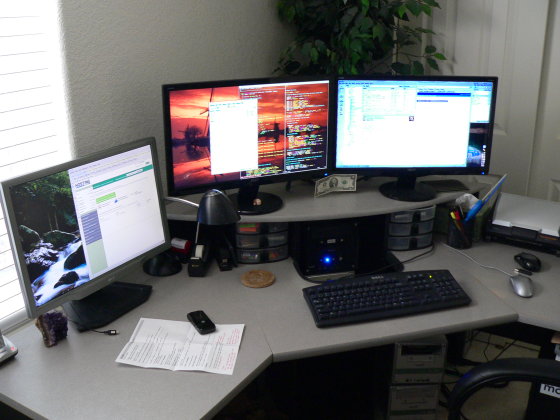 I have a few spare LCD displays gathering dust on a shelf, so I figured I’d drop $30 on a video card so I could use them. I set these up last night and we’ll see what happens. I actually had four monitors going at once, but one of them has apparently been gathering dust a little too long because it wasn’t working reliably. So it looks like three’s going to be enough.

Switching to two screens was a huge boost many years ago; how will three be?