Before the start of the school year, Zaque and his friend Miles conspired to swap their student ID photos. When they went in for photo day, they each claimed to be the other, with the end result that Zaque’s student ID had Miles’ picture on it. It was pretty funny, and of course they were both pleased as punch at their cleverness.

Apparently today it all came crashing down.

Zaque was pulled from class to visit with the vice principal, who explained this was a serious security violation, and not funny at all, and so on. He has to turn in his “fake” ID on Monday and get a revised one with the proper photo.

Hopefully this isn’t the start of a life of crime…

Last night, as La and I were working in the kitchen…

Laralee: This pretty much sums up our attitudes toward food, doesn’t it?
Me: Yep. That’s why our marriage works.

Well, summer is officially over. The kids are back in school, and the summer ultimate league concluded today with the annual tournament.

My team didn’t do so well this season– we won two games. There were quite a few beginners, and although we had a good time together, we were overpowered by more experienced teams. In the end, though, I think everyone had fun, which is the most important thing. (Although if I’m being honest, winning is also fun.)

Of course before every game, and after each halftime, we all huddle together to talk strategy and then break up with a cheer of some kind. For reasons I don’t fully understand, in the latter half of the season we started doing a cheer that went like this:

1) Everyone yell “SPORTS!”
2) Everyone throw their hand up while jumping and spinning around.

Here it is in action: 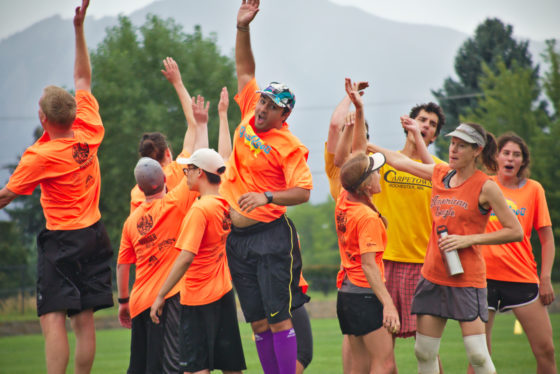 Then there’s the D Trophy, which is an important part of every game because whoever made the most defensive plays “wins” the D Board. Once again, I had Kyle on my team and he crafted a 3D-printed D Trophy with our team name on the bottom. At the tournament, the player with the most D’s takes home the trophy as a keepsake. Well, Julie and I tied with four plays apiece today, so we shared the trophy. 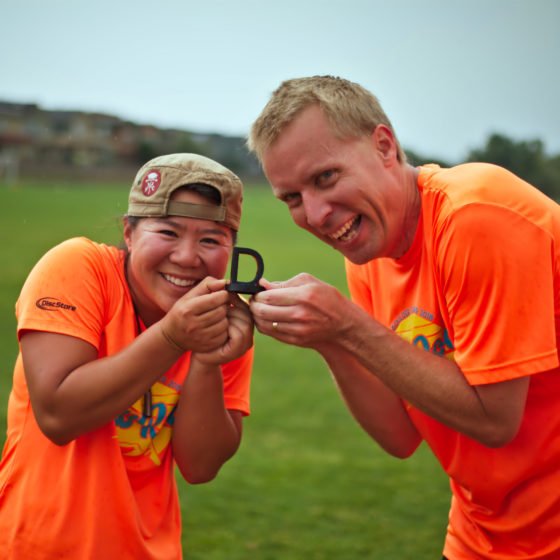 (In the end, I let her take it home because she was jokingly upset she didn’t win it a couple of seasons ago.)

So, all in all, it was another fun summer season– my eighteenth year in the GRU league. Thanks, guys! 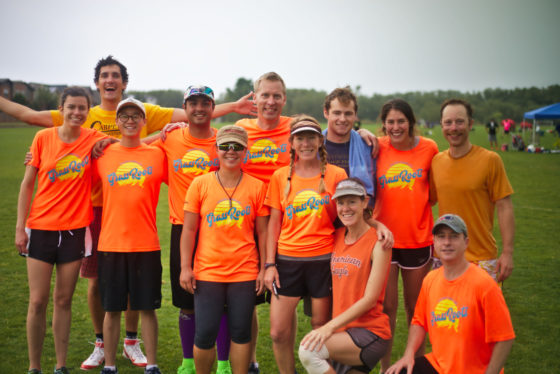 This is for you, Mom! Check out all the different ways “ough” is pronounced in a single sentence:

Though I coughed roughly and hiccoughed throughout the lecture, I still thought I could plough through the rest of it.

It’s that time of year again: school is starting, and that means I’m entering my fourth year of seminary. I love this calling, and teaching these great teenagers.

What I don’t love is the chime of my alarm at 5:15 each morning… 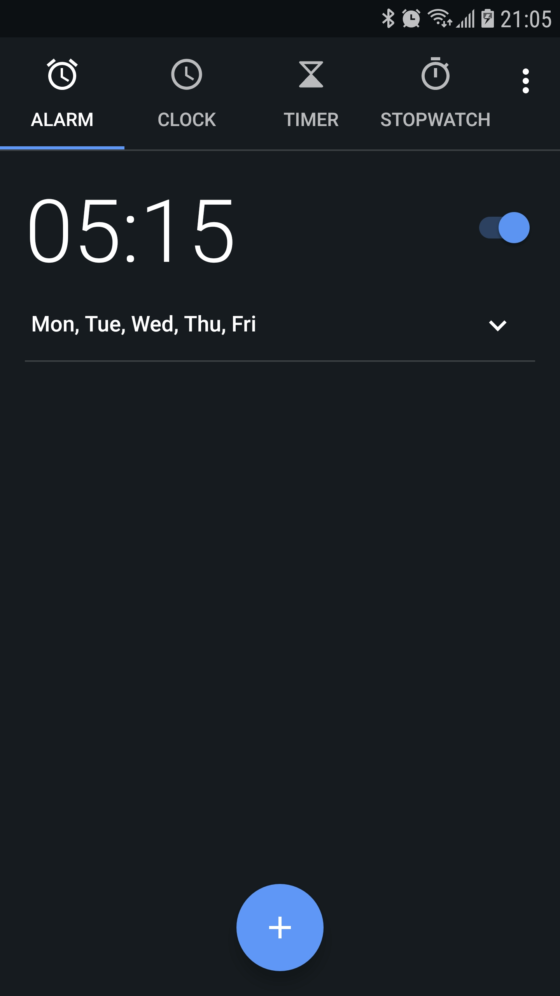 … But I was up and going today to start the year. Looking forward to 165 days with these yahoos.

Last week I went to Gen Con. Yeah, it’s a board game convention… apparently the largest one in the world. I’d believe it, after seeing tens of thousands of people gathering in Indianapolis to spend five days playing board (and video) games. I never would’ve thought of going to something like it– in fact, it was my first “con”– but Aron and Derek went last year and thought it would be fun if the Magnificent Seven could reunite there. As it turned out, Bech and Mat couldn’t make it, but five of the seven did. Aron, Derek, Morgan, Dirk, and I all had a great time together. We hadn’t spent more than a few hours as a group in probably twenty years, so it was good to hang out and reconnect. Oh, and we played some games.

Dominion is my favorite board/card game, so I introduced Aron to it on the first day. Morgan and Derek learned it the second day. And Dirk picked it up the third. Although all of them liked it, no one took to it quite like Dirk. He absolutely fell in love with Dominion. On Saturday he and I played for eight hours straight as we tested several different expansion versions. Then on Sunday we spent another four hours at it. Afterward he bought the game in the vendors’ hall, took it home, and that night introduced his family to it. According to him, he “converted” them just as I’d converted him. Yay!

Of course it led to a few jokes, which I immortalized into some memes. 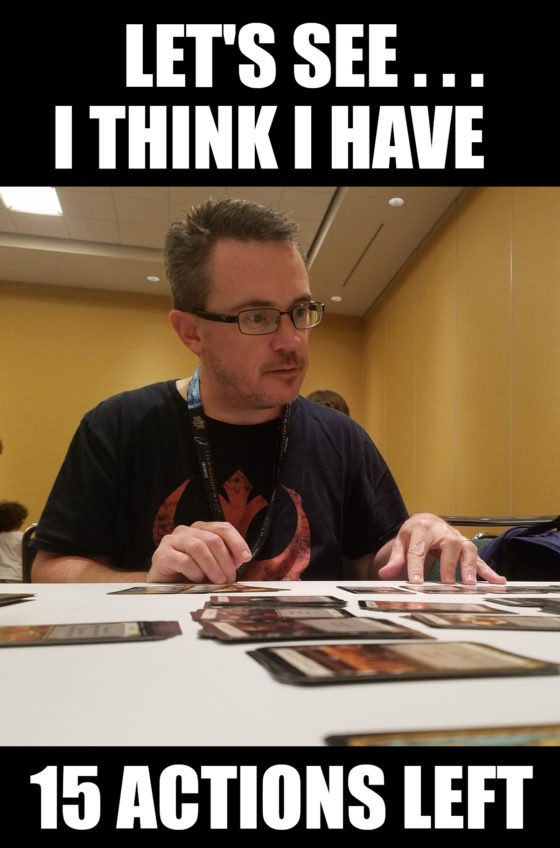 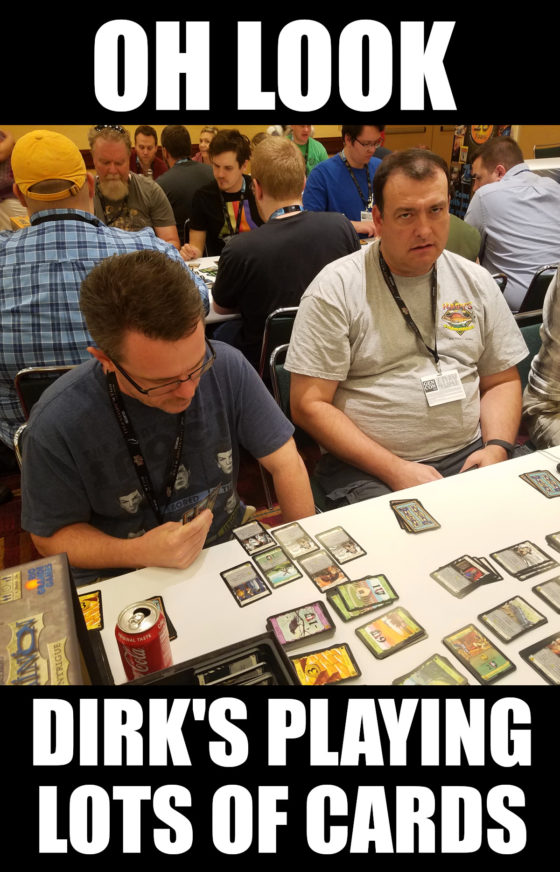 The games filled the Indianapolis Colts’ stadium, as well as the mammoth Indiana Convention Center and surrounding hotels. Here’s a shot of the stadium, showing hundreds of games in session. 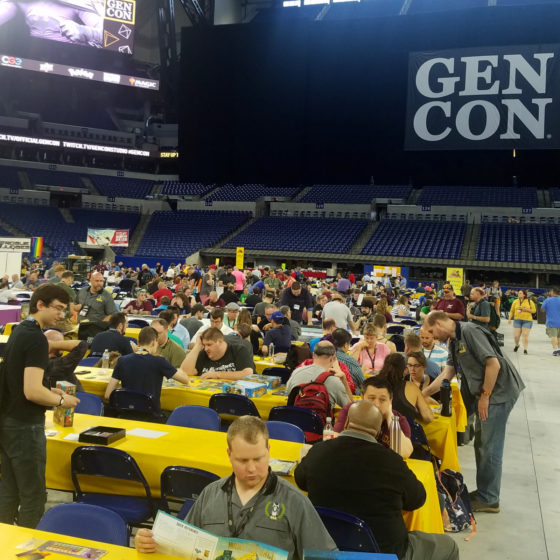 Apparently nearly anything can be turned into a board game, if you have the vision. Yes, even a bad 80’s movie starring Kurt Russell. 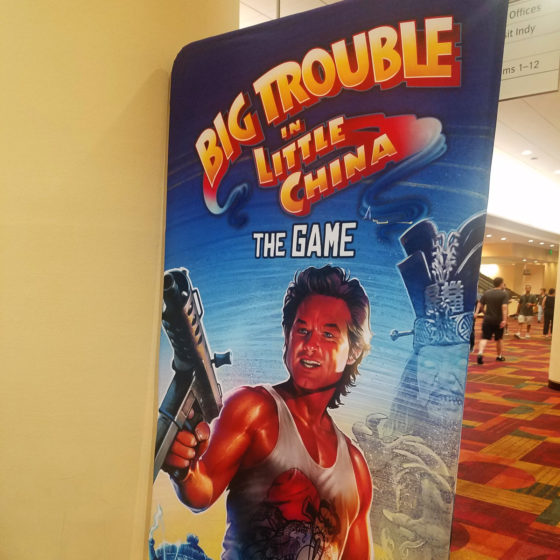 Some of the games featuring “miniatures” were quite impressive. There was fantasy stuff, medieval castles, World War I and World War II scenarios, Star Wars battles, and on and on. Although I’m not into that sort of gaming, I could tell some people really were. I mean, look at how much fun these guys are having. It’s fun, guys, right? RIGHT? 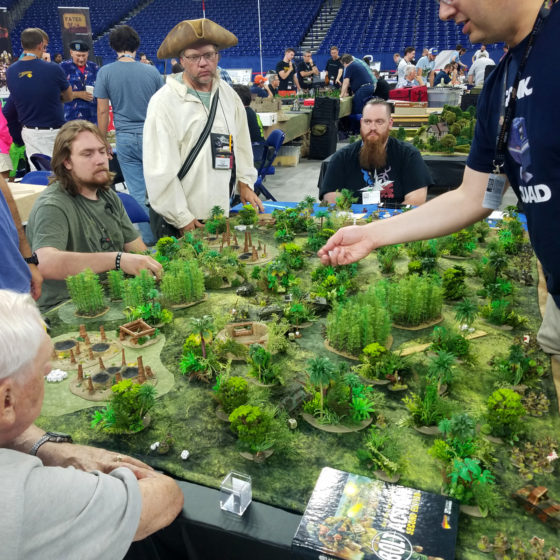 Just about everyone who plays board games these days has played Settlers of Catan. It’s widely regarded as the seminal game that started a revival. So not surprisingly, there were all kinds of t-shirts honoring the grandfather of today’s board games. 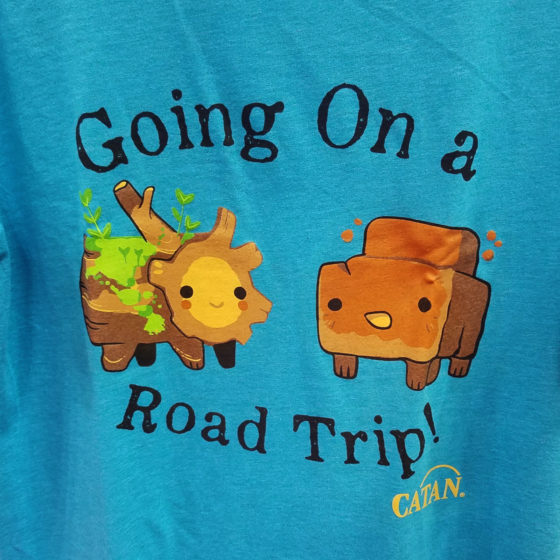 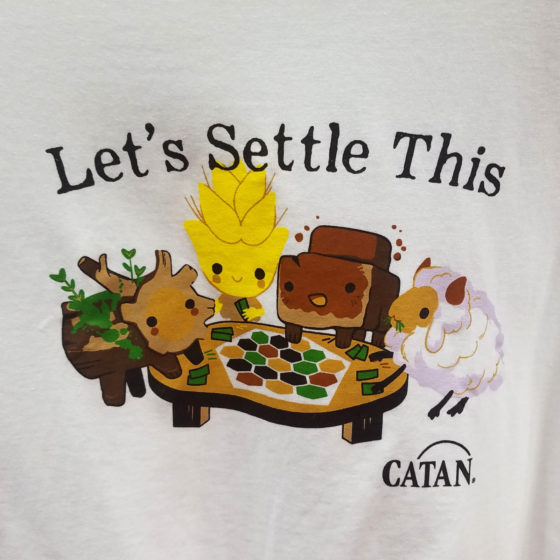 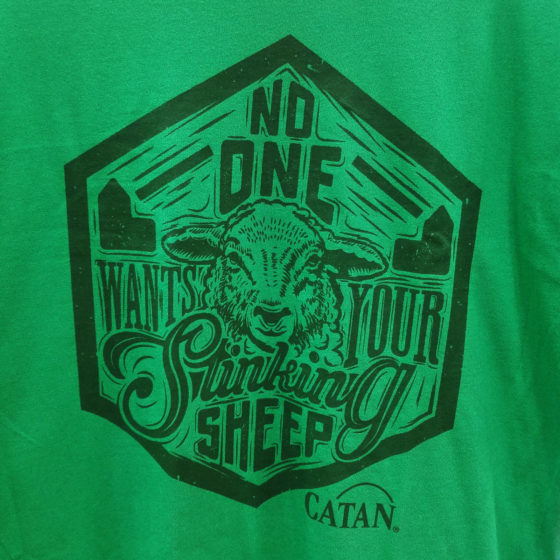 (Of course, if you don’t play Catan, you won’t get any of those jokes…)

All in all, it was a fabulous weekend and a ton of fun to hang out with my best friends from 30 years ago.

For my airline flight from Indianapolis back to Denver last night, I had the best experience with TSA security that I’ve had in decades.

I walked up to the line, which only had two people, showed my boarding pass and ID, and moved over to the security scanner. As I opened my duffel bag to pull out my laptop and put it in a tray, the TSA officer told me to keep everything in the bag. I just needed to pop off my sandals and set them in the tray, then run everything through the x-ray machine. I walked straight through the metal detector, retrieved my bag and shoes, and was off to the concourse. The total time? Around two minutes. Oh, and the security officer was friendly and chatty– a far cry from the usual dour faces I see around there.

It was so refreshing. If only it was more common than once in twenty years…