Today I decided to listen to Billy Joel music all day.

It’s been a while, but it’s like visiting an old friend. I love music by the Piano Man.

This evening we decided to go out as a family and enjoy a movie and some pizza. Based on input from several people, we chose to see Frozen. 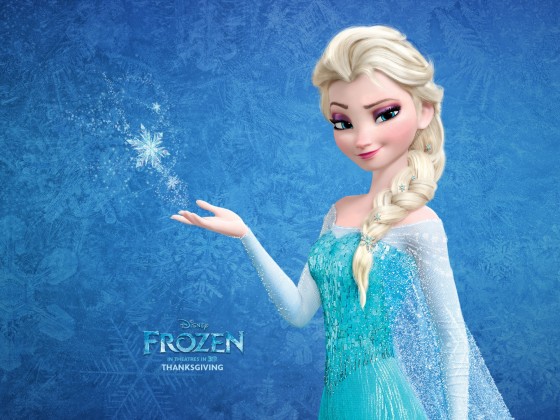 It turned out to be pretty good… a nice light-hearted movie with some funny moments and fun songs. Afterward we had dinner at Marco’s Pizza, conveniently located right next door to the theater. Mmm. 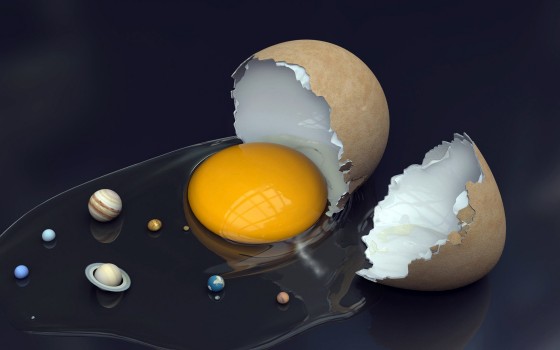 Ahh, another Christmas has come and gone. We had a good time opening some presents in the morning, enjoying our traditional cinnamon bread for brunch, and then playing a few board games in the afternoon.

Of course the gifts were fun: 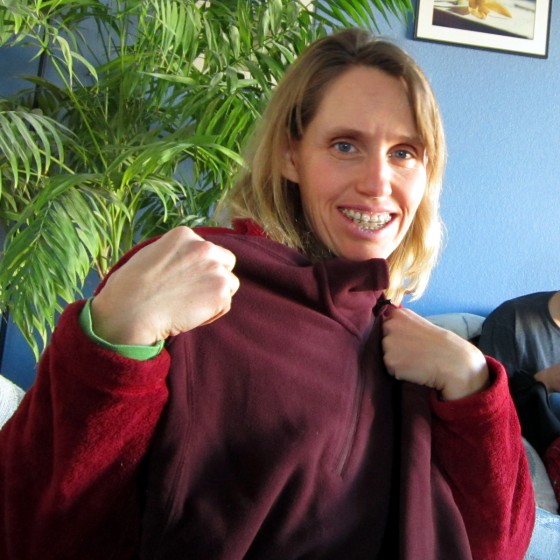 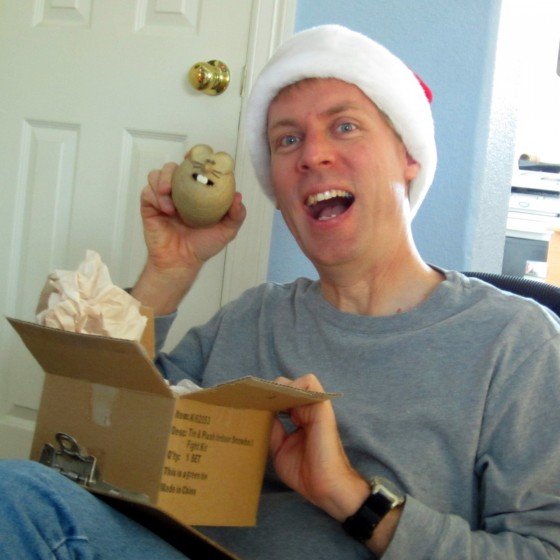 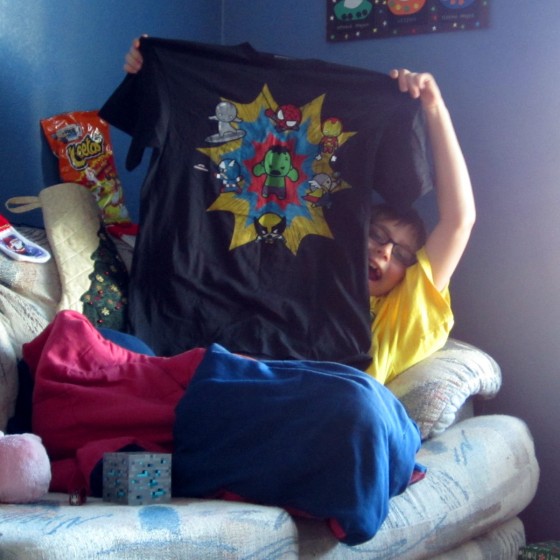 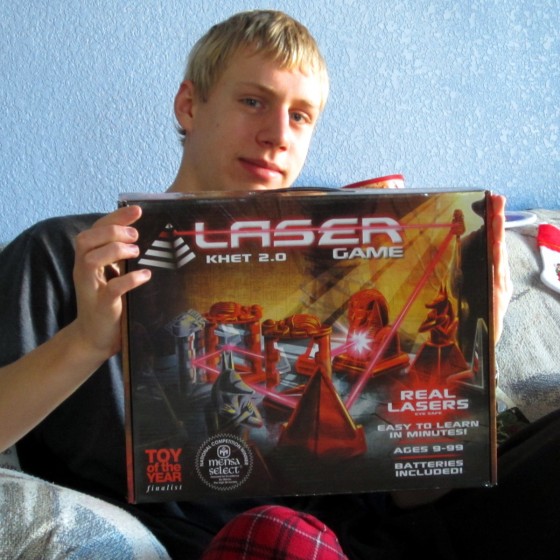 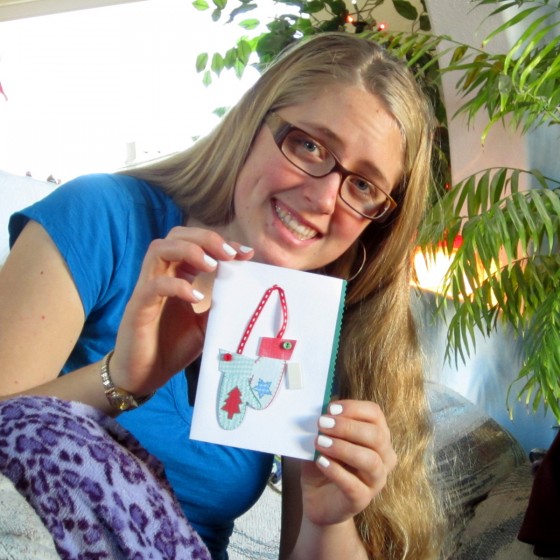 I bought an untested board game, Small World, because it had good reviews online and was recommended by my friend Mark. 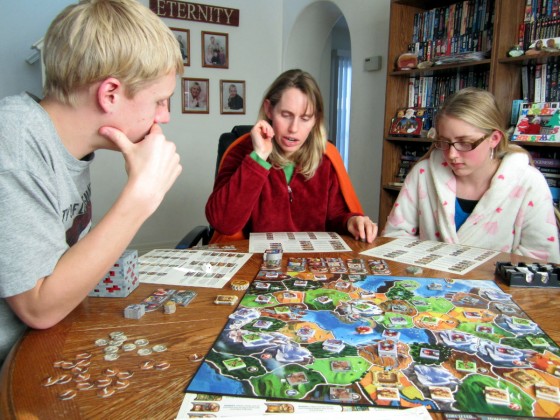 It turned out to be a good game, although we realized about halfway through that we were playing it wrong. Next time we’ll do better.

I made some lasagna for dinner and we spent the evening watching It’s a Wonderful Life, which is of course a classic.

All in all, it was a nice relaxing low-key day together as a family. You can’t ask for much more than that.

Something happened tonight that some might see as coincidence, but that I saw as providence. Pretty cool. Merry Christmas.

Let me geek out for a moment to say how much I love working in Git. It’s a source code control system, used to track parts of a software development project and retain a history of every change made to every file. In any development environment, source control is absolutely essential, and in a team environment I think Git is the best choice.

For almost twenty years I used CVS for source control. It was great, and it seemed to do everything I needed. About a year and a half ago, a few guys on the Zing team started pushing pretty hard for us to switch to Git. We had a decade of code history in CVS, and I was really comfortable with it, so I was pretty resistant to the change. But finally I acquiesced (hey, what’s the point of having a really smart group of guys if I don’t listen to them?) and after a bit of a rocky start as I figured out how Git worked, I fell in love.

Now, as I sit here on Christmas Eve slamming out some code, I’m reminded of how awesome it is to be able to work on multiple code branches, hopping between them as I implement different features, and look at the complicated but detailed version history to figure out where something came from, and who wrote it.

Thanks, Linus, for making my development world a little brighter.

Back in the early aught’s, I played a 4X strategy game called Space Empires with a bunch of friends. It’s a turn-based galactic conquest game, and after each turn you can send a game file to the next player who opens it, plays his turn, and passes it along. The games take a long time to play– sometimes months– but they’re a nice distraction every few days.

Last night Alex and I were talking about computer games, and I thought it might be fun to fire up ol’ Space Empires and see if it still worked. Yep. 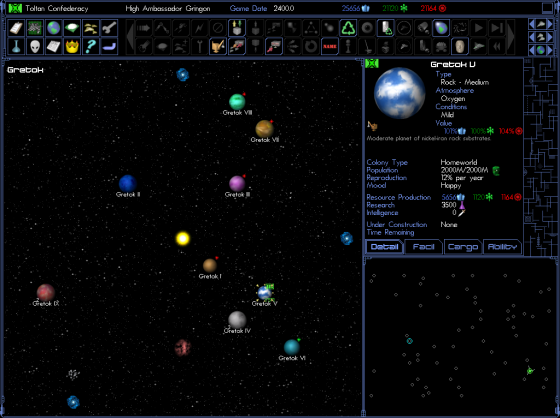 It’s a Windows game from 1999, but using Wine on Linux it’s possible to run it flawlessly. I poked around a bit, because I don’t remember much of it, but it came back pretty quickly. Now I need to see if any of those friends would be interested in a game for old times’ sake…

The beauty of the universe is truly amazing. I was looking at some photographs from NASA’s archives and saw this beautiful one of Saturn: 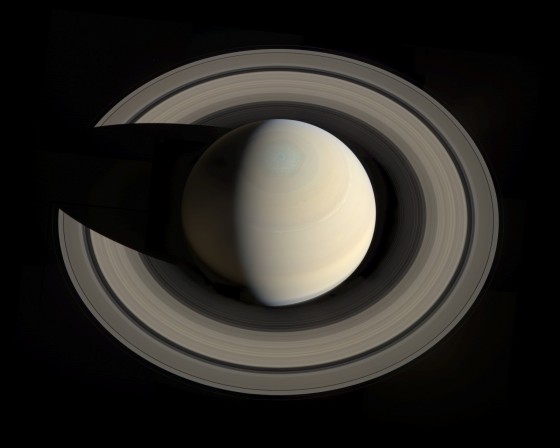 Of course Saturn has always held a special place for astronomers since the first sighting of its magnificent rings. There are many other things in the cosmos– moons, stars, nebulae, entire galaxies– that are both mesmerizing and mysterious. I love it.

Those objects are out there, they exist, but it is our joy of seeing them, knowing them, understanding them, that makes this such a noble endeavor. And when we see them for the first time, let the light that has traveled so unimaginably far enter our eyes, we too become part of what we study. 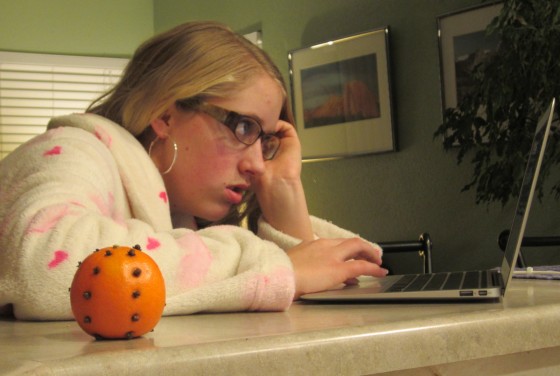 No one knows quite why these parties are called “white elephant parties”, but regardless, they’re a hoot. We went to our friends’ house tonight for their annual Christmas party. Every year the crowd seems to get bigger; this year there were almost fifty of us crammed into the basement.

The challenge of a white elephant gift is that it should be something that’s interesting and sort of cool, but also somewhat cheesy and dumb. It’s a tough balance to strike. After a suggestion from Alex, we decided that our first gift would be a nice towel that was conveniently labeled to avoid any awkwardness after your shower. 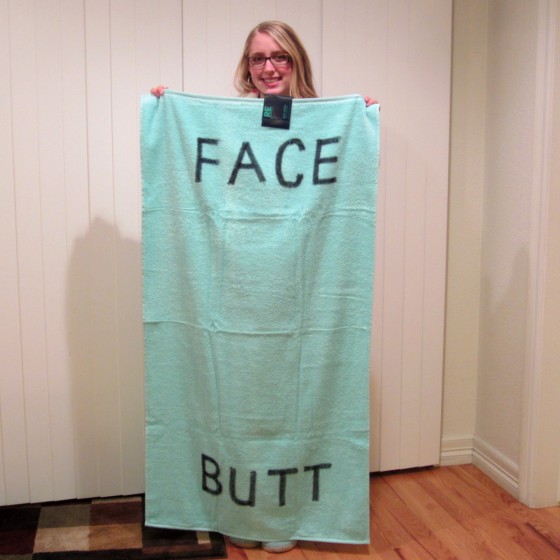 Our second gift was a cool reindeer oven mitt with a matching holiday cooking apron. Since it was actually a decent gift, we had to spice it up a bit with some mystery. We whipped up a batch of instant mashed potatoes and mixed in some black beans: 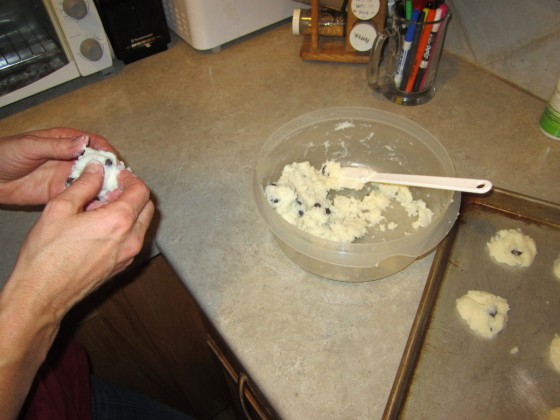 Throw them on a pan… 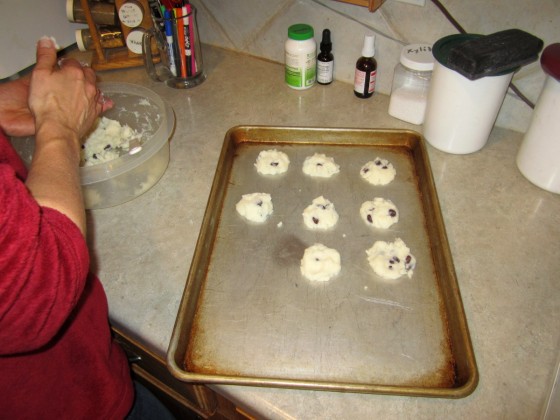 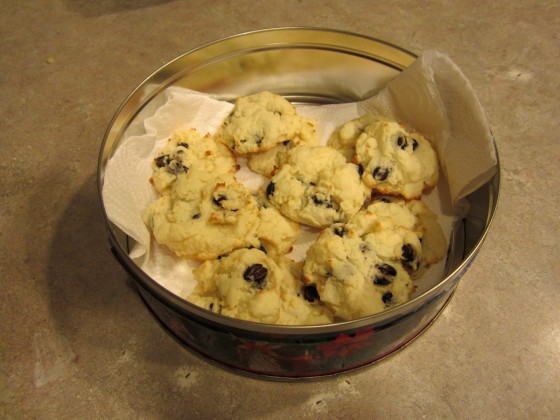 We put them into a nice cookie tin and added them to the gift. At the party, we sat back to see who opened our gift and what would happen to the cookies. Our friend Mark picked it, but he was immediately suspicious because they didn’t look quite right. We were across the room, laughing pretty hard because he kept sniffing them and asking the people around him, “Do you know what kind of cookies these are?”

After the gift exchange, Mark wandered the room, hoping to get someone to try one of the cookies. They ended up being sort of squishy and floppy, and he suspected they were made from Play-Doh. Our friend Kurt, who we’d let in on the secret, grabbed a cookie and took a big bite. He had hoped to convince Mark they were really delicious so Mark would follow suit, but it turned out they were, in fact, pretty horrible. Kurt immediately ran upstairs to the bathroom. Priceless.

By that time Laralee and I were laughing so hard we were crying, so we had to admit to Mark that they were mashed-potato cookies with black beans. He shrugged, took a small bite, and agreed they were awful.

Surprisingly, we ended up with a couple of gifts that weren’t half bad. Laralee has a new book that’s supposedly quite good, and I have a goofy monster hat. Hey, we’ve done worse.