This has to be one of the most awesome spam messages I’ve received in a long time. 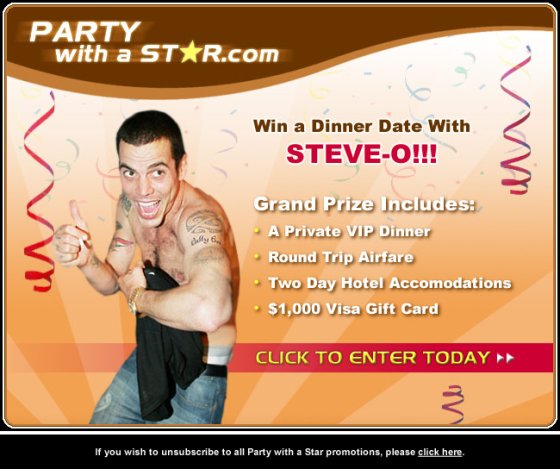 That’s right, ladies– you can win a dinner date with Steve-O! And just looking at ol’ Steve-O, we can all see what a strapping young hunk he is. Hopefully he puts on a shirt and hikes up his underwear a bit more prior to the date, but hey… maybe girls like that kind of thing.

Craig and I were discussing how yet another one of our clients has a critical end-of-the-world problem whose deadline is completely unreasonable, and boy, if we don’t get right on it, it’s likely civilization itself will come to a crashing halt and perhaps endanger the very fabric of space.

His response cracked me the heck up:

We get that a lot.  We must be at the center of the vortex or something.  Maybe we’re like the Ghostbusters.

I found this in Alex’s school folder today. 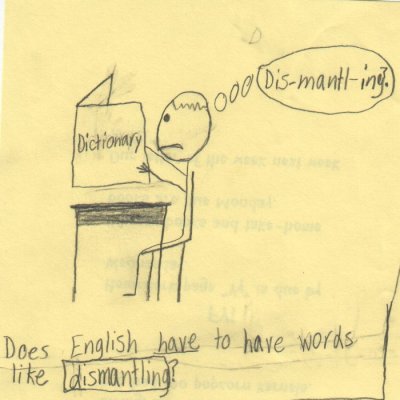 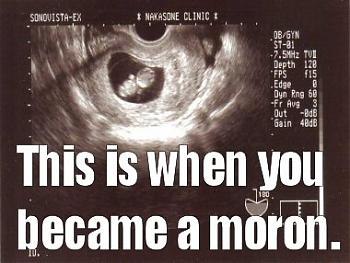 One advantage of having a domain registered to a company called Thought Monkeys is you get funny envelopes in the mail:

Now I just need to get some business cards and I’ll be set!

Normally I trash them, but when I saw that I could get a free iPod by having a new business card, I took the offer, purchased a few things for the company, and waited. 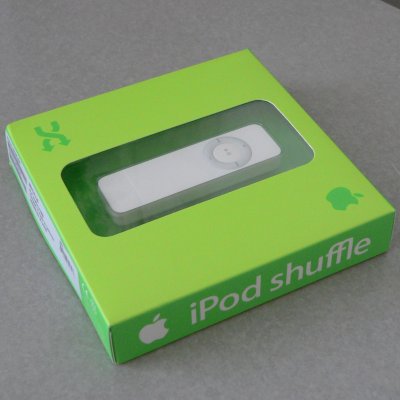 Apparently Flickr went down on Monday for a little while, as the guys behind the scenes sorted out some problems causing the wrong photos to be displayed. During the “we’re really sorry about that” phase of the process, one of the Flickr developers revealed:

Flickr serves hundreds of millions of photos each day. On the highest traffic days, just over a billion photos are served.

Today is my birthday, of course, so I made some cupcakes for myself.

Everything seemed fine, and the first pan I pulled out of the oven looked normal. 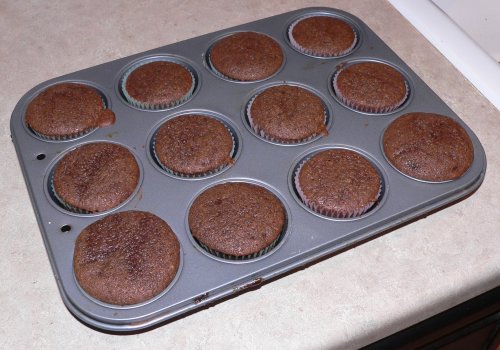 But then I grabbed the second pan, which appeared to be a bunch of nuclear fallout mutant cupcakes. 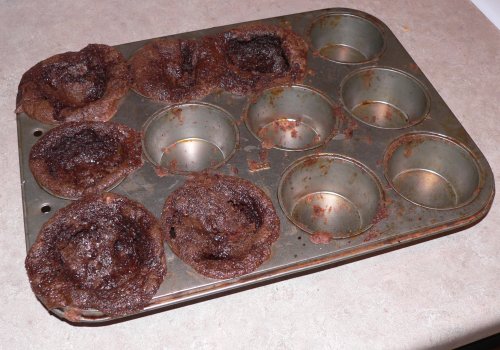 I have no idea how that could have happened. In the end, everything turned out okay because it meant the frosting didn’t have to be spread across quite as many cupcakes, so each of the “good” ones had a nice quarter-inch-thick layer.

On Feburary 11, 1997, there was a discussion on an online Windows newsgroup about computers having a gigabyte of RAM.

PC’s will never have gigabytes of RAM.

The reason is simple. Somewhere in the 50 to 200 megabyte range, all applications, (or at least their active portion), will reside in memory. Doubling memory may allow the entire set of applications to reside in memory, but the performance gain will be small. The larger the memory capacity, the smaller the gain.

As a result, additional RAM memory will not be added.

Of course we all have a good laugh now. The three-year-old computer I’m using to type this has a gig of RAM. New systems regularly come with that much; middle-tier servers have two or four.

Laralee and Zack were making “peanut butter balls”, which are basically peanut butter mixed with Rice Krispies and chilled. The kids love them, and they’re (relatively) healthy.

Not content with just balls, Zack decided to get creative with a few of the ones he was making. Unfortunately a few of them look like something that came out of the back end of a dog. 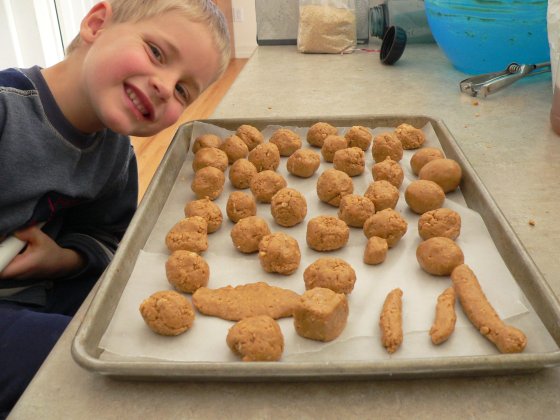