This is for my friend Craig, who’s really getting the treatment from his company. 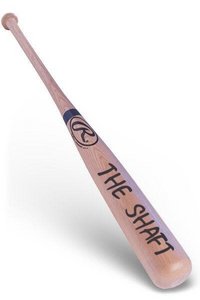 Candy hearts always have interesting messages: “LUV U” and “KISS ME” and whatever. 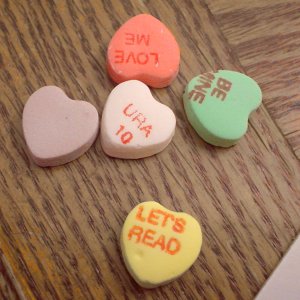 From an Associated Press article today:

“Speaking with one voice, President Bush’s top intelligence and military officials said Wednesday that terrorists are regrouping for possible new strikes against the United States. They said the best defense was for Congress to approve the president’s military and anti-terror budget.”

Something smells foul here. This is the same tired tactic used by Bush in his first four years in office: scare everyone into spending money and accepting invasions of privacy unheard of only a few years earlier. Now they’re at it again, giving vague warnings that someone, somewhere, might do something bad sometime. “Oh, and to stop them we’ll need money. Lots and lots of money.”

Wow, can the U.S. ballistic missile defense system possibly be any more ridiculous?

On Sunday the DoD launched a “mock warhead” from Alaska and prepared to fire an interceptor to shoot it out of the sky. This, presumably, is intended to show that if the North Koreans or Chinese or whoever managed to launch a warhead from Alaska that was transmitting its location via GPS and using a well-calculated path, we could take it out.

The interceptor didn’t launch. It sat quietly on the launch pad while the warhead continued happily on its course to wiping out the population of Seattle or whatever. (Of course, in reality the warhead splashed into the Pacific Ocean and knocked out a whale.)

Oops, scratch another $85 million dollar test. The previous one, last December, also failed. The best quote I’ve seen about this mess is:

“Preliminary indications pointed to a problem with the missile’s ground support equipment, rather than the missile itself, which was good news for the program, said Rick Lehner, a spokesman for the agency. ‘There is no indication that there is anything wrong with the actual interceptor,’ said Lehner.”

I’m not the world’s brightest guy, but when ol’ Rick says gleefully that nothing’s wrong with the actual interceptor, I can’t help but note that even if that’s true, the fact that it didn’t get off the ground means the missile defense program isn’t all that useful. We might have a whole legion of really great interceptors– just waiting for Kim Jong II to try something– but when they sit all nice and snug on their launch pads, I guess it’s sayonara Seattle.

The whole program is, of course, ill-conceived in the extreme. Of the nine tests, four have failed… and those that succeeded did so under laughably unrealistic circumstances. The target warheads used highly reflective balloons so they’d be visible, they broadcast their position so the interceptor would know where to go, and of course they were launched from a known location along a known path. Give me a break– this is cheating so badly it’s hard to express.

The only bright light I see is that the Pentagon “slashed” funding from $50 billion to a mere $45 billion. I’m so happy the check I’ll be sending to the IRS in April will help contribute to such a worthy cause.

If anyone ever doubted the validity of crop circles and their extraterrestrial origin, it’s time for those people to drop to their knees and beg forgiveness from our alien overlords.

This crop circle (yes, it’s a real photograph and hasn’t been doctored) is, even now, lurking in the fields of Great Britain near Stonehenge. 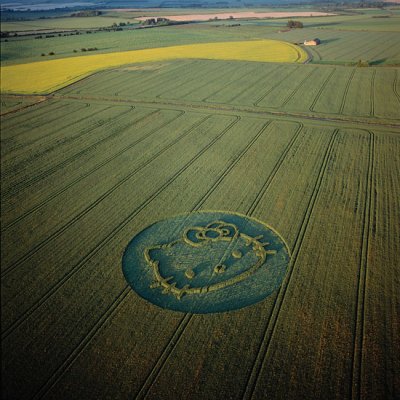 I seem to have a strange power. Over the past few years I’ve noticed that occasionally as I’m driving at night, streetlights suddenly turn themselves off as I drive past. One might chalk this up to coincidence, except for a couple of mighty curious incidents…

Perhaps the strangest was a few months ago when I was driving north on I-25 out of Denver. There was quite a bit of traffic, but we were all moving at a good 60mph clip. There is a long string of lights towering over the divider between the northbound and southbound lanes. They’re spaced a few hundred feet apart, so as you’re driving at that speed you probably pass a light every few seconds.

As I was driving, one of them went out. Then, as I passed the next one, it too went out. This continued for probably a full minute, which means about a mile of lights. Every one of them blinked out just as I drove past. Very strange.

Then, last night I was turning off I-25 (much farther north) onto Highway 119 that leads into Longmont. There’s a stoplight at that corner, so I was waiting– alone– for it to turn green so I could make the left turn and head home. As I sat there, the light post above the stoplight winked out.

That might not have been so eerie if it didn’t happen again tonight. Again, I was turning onto 119 and waiting for the green light. And again, just like last night, the same light shut off.

Now, if only I could figure out how to harness this mysterious power…

This morning, about an hour and a half ago, I flipped the proverbial switch to transfer all of the web sites, e-mail boxes, and databases from my old co-location provider to my new one. This affects about a hundred different companies and people who are hosting their stuff on my servers, so it was something I’ve been carefully planning for the past few weeks.

A few really late nights this week were spent figuring out how to configure the firewall, redirect traffic when domain servers around the world took their time updating themselves, and so on. But it paid off, because when I flipped the switch everything flowed smoothly to the new server.

There are a couple of people I need to call because they (apparently) ignored my warning about changing their DNS, and they’ll be unpleasantly surprised on Monday morning when their web site is down. But everyone else is good to go, and I’m thrilled that it went as well as it did. 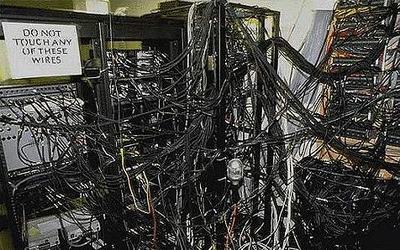 “Democracy is the worst form of government except all those other forms that have been tried from time to time.”

Is it just me, or is Kim Jong II a pretty scary dude? I saw a picture of him today and couldn’t help digging through the internet to find another scary figure from history… 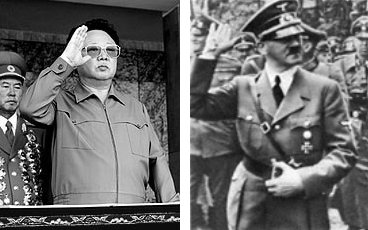