Ahh, High Adventure. It’s an annual tradition in the Boy Scouts: the “big trip” for the older Scouts (14 years or more). This year the trip was up in the Rawah Wildnerness in north central Colorado. The boys learned how to fly fish prior to the trip, in the hope of catching some dinner.

As it turned out, High Adventure kicked their butts. I came up on Day 3 to relieve one of the leaders who couldn’t stay for the full six days, and heard the story of what had happened the previous few days. The hike from the trailhead to camp was about six miles, and much more difficult than anyone had anticipated. Several of the boys really struggled with their packs. After arriving at camp, one of the boys and one of the leaders had pretty bad altitude sickness (camp was at 10,500 feet), and another boy refused to wear a hat and forgot his sunscreen, leading to a really bad sunburn and probably the beginning of heat exhaustion.

The second day was spent in camp, mostly lounging around because several of them felt pretty beat. A few headed up to a lake to do some fly fishing, but even that proved tough because the mile-long trail to the lake had a 1,000-foot elevation gain.

Then came the rain. And hail. It dumped all night, and a few of the boys ended up with wet sleeping bags (never a good time). On the dawn of Day 3, they had a camp meeting to decide what to do, and the majority decided it was time to head home.

So there I was, pack on my back and ready to hike up on Day 3, and they all came down the mountain to tell me we were leaving. Umm, what?

To his credit, Alex was one of three boys who wanted to stay. He had packed well, kept his stuff dry, and he’s actually in really good physical shape. But since most of the boys were done, the group decided to leave together. We drove through Fort Collins and enjoyed some awesome pizza at Beau Jo’s, then went over to the home of one of the leaders to watch a movie. It didn’t quite live up to the “High Adventure” name, but I think several of the boys learned really good lessons about packing light, drinking, using sunscreen, and getting in shape before a hiking trip. 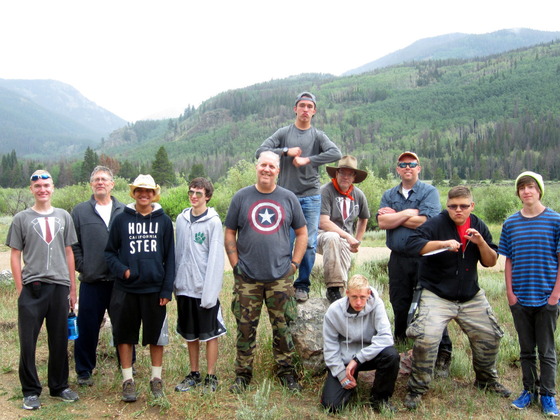 I found the greatest tie in the world. A guy named Bill Porter made it by hand. It’s a white tie with LED’s inside of it, and a microcontroller that plays Tetris. As you wear the tie, Tetris blocks fall down the length of it and stack up at the bottom. 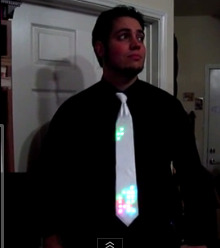 He put instructions online, and I’m sorely tempted to give this project a shot. It would be so awesome.

It took me a moment to get this joke.

An electron is driving down the highway, and a policeman pulls him over. The policeman says, “Sir, do you realize you were traveling 80 miles an hour?” The electron sighs. “Great, now I’m lost.”

Outside of the office, there are four trees along the road. They’re prime parking spots. On these hot summer days, it makes a huge difference to have some shade in the afternoon, rather than baking the inside of the car for hours. So every morning, I always hope to score a tree as I pull into work… 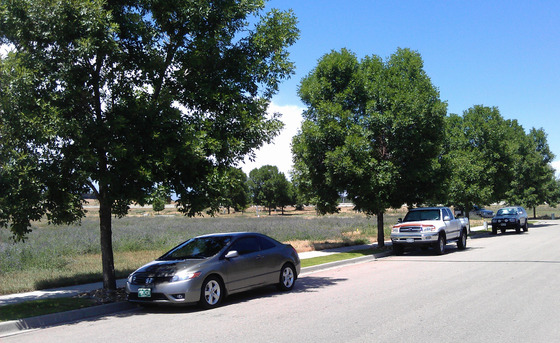 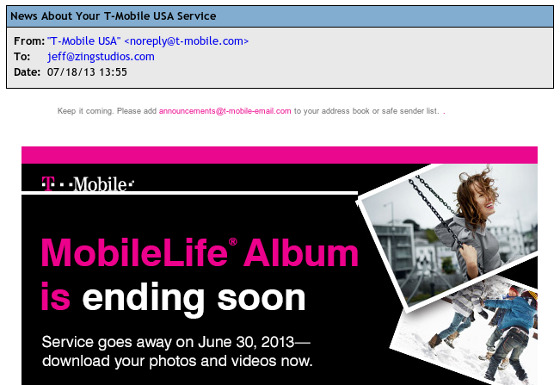 They apparently shut it down on June 30… and sent an email to their customers on July 18. Thanks for the warning, guys!

Why do most microwaves have a Popcorn button that, when pressed multiple times, will pop multiple bags of popcorn? Does anyone do that? I can’t imagine how two (or more!) bags of popcorn would even fit in a microwave…

I’m on a conference call with an eBay sales team, and Nick and I have been counting all of the sweet “salesey” words they’re using. Our favorites:

Ahh, every day I’m thankful I’m not a sales guy.

Dear everyone who is sending resumes to me to apply for our development position here at Zing:

Please don’t put an objective on your resume. They’re just vapid and silly.