Josh brought in a little two-seater couch for his office today. He’s making everyone jealous. Now we all want to go into his office to “ask a quick question” or something, just looking for an excuse to enjoy the couch.

I have a bunch of little Lego minifigs on my desk in the basement. I especially like King Arthur, complete with the Holy Grail. 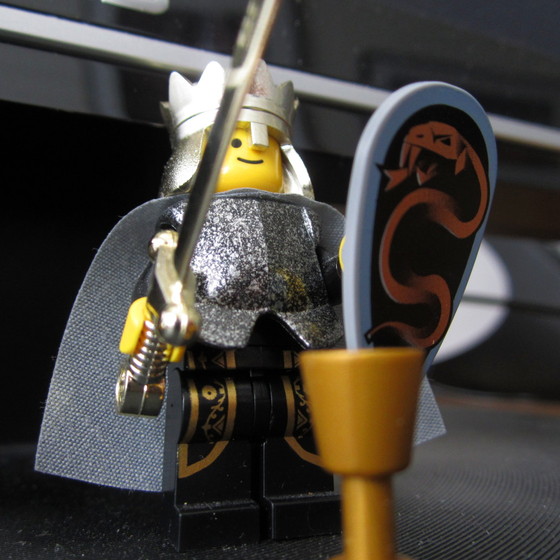 I also enjoy my little Star Wars heads: Admiral “It’s a Trap!” Ackbar, Darth Vader, and of course a stormtrooper.

Yesterday we had our Zing “company offsite” meeting… at the top of Peak 7 at Breckenridge. 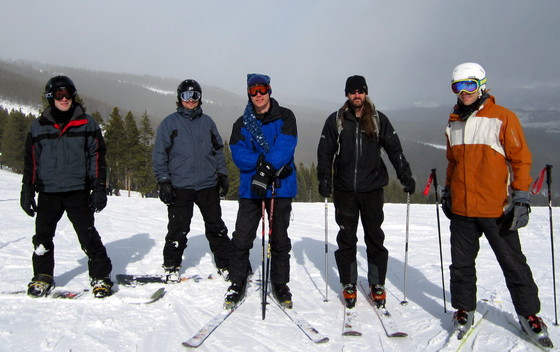 The weather was just about perfect, it wasn’t too crowded, and we had a fabulous time. 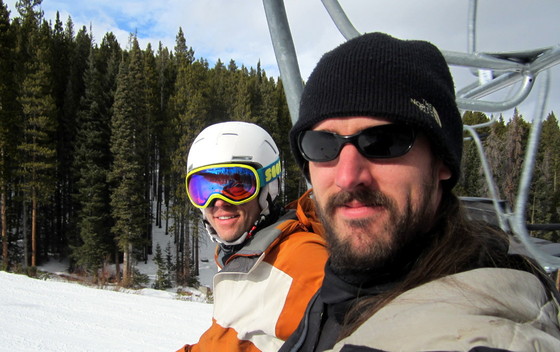 Brent and James are excited about a lift ride 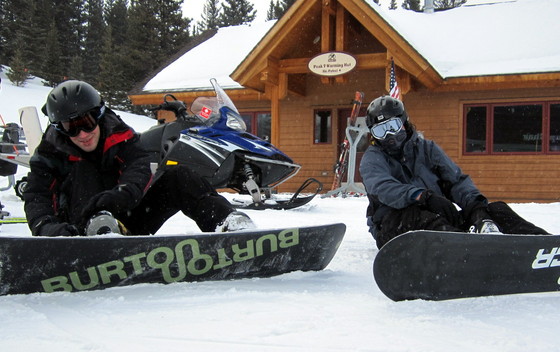 As usual, we had to wait for the snowboarders to strap up

This would be a sweet view out of the bedroom… 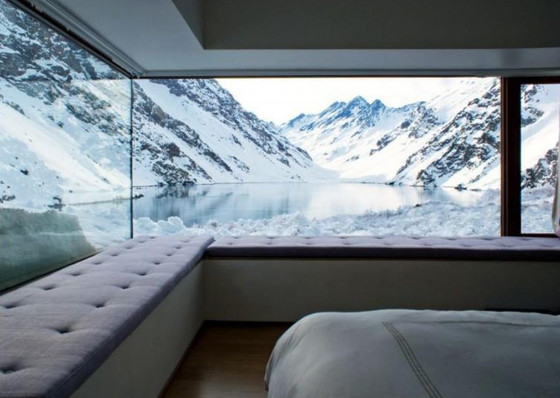 Laralee was pulled over by the police twice today. That’s pretty funny.

The first time, she was driving without license plates. In truth, she’d just been to the DMV to register our newest car and she had the plates on the passenger seat. She was driving home so she could install them on the car, since she didn’t bring a screwdriver with her. Of course the car was legal, so after a bit of explanation the cop let her go.

The second time, she was driving the same car (with plates now!) and taking Zack to gymnastics. She was running a little behind, and there were two cars waiting at a stoplight to turn left ahead of her. She wanted to go straight, and there was a right-turn lane so she veered into it– without signaling, of course– and sped past the cars. It was dark so she didn’t notice the police car right behind her. Fortunately the cop was in a charitable mood, so she let Laralee off with a warning.

I don’t know how many speeding tickets I’ve had in my life– maybe a dozen. Laralee probably speeds more than I do, and she has one to her name. I’m pretty sure women get warnings more often than men…

It’s getting to be that time of year again: tax time. That means I have to set up a Windows system, since the H&R Block software I use will only run on Windows. Oh joy.

Rather than “waste” a computer on an operating system I use once a year for taxes, I set up a virtual machine and installed Windows 7. I created a virtual disk of 25GB, thinking that would be plenty of space for the operating system and the handful of software packages I’ll need to install.

Boy, was I wrong. 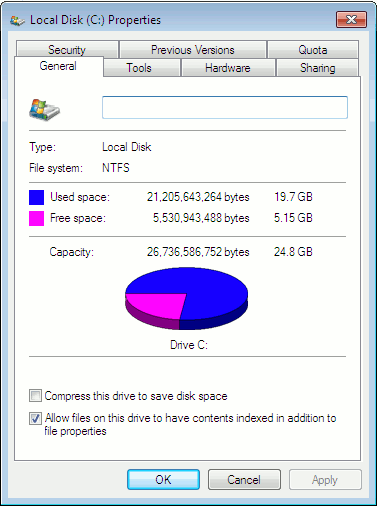 Holy freaking crap. This is nothing more than Windows 7, Firefox, Chrome, and TaxCut. I’m pretty sure the latter three take less than 100MB combined, meaning the Windows 7 operating system requires over 19GB of space all by itself. What in the world…?

I guess I’m just spoiled by my Linux systems. The OS itself takes 40MB (I just checked my system) and even a fully-loaded system with all of the software I use in my daily work is less than 5GB.

Maybe I should go back to Windows XP for this; apparently TaxCut runs there too. Ugh.

I’m downloading Adobe Acrobat Reader (yeah, I know) and I was amused to see they provide download estimates…

… for people using 56k modems. Wow, thanks Adobe, for telling me what I might expect if I was using technology from 1994!

Also, who on earth has a T1 line any more? Back in the day they were the bomb because they offered 1.5Mbps symmetric speeds (they also cost about $1,000 a month), but these days my phone can move data faster than that.

For some reason I find macro photography to be fascinating. There are so many everyday things that take on new life when examined up close.

For example, my stack of Galaxy, Nexus, and HTC phone: 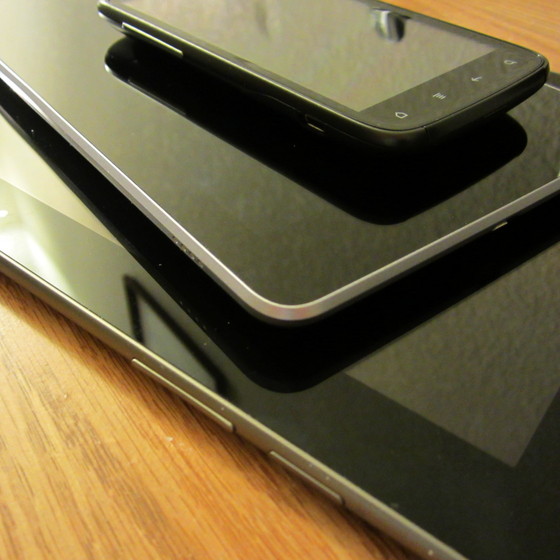 Or my alarm clock: 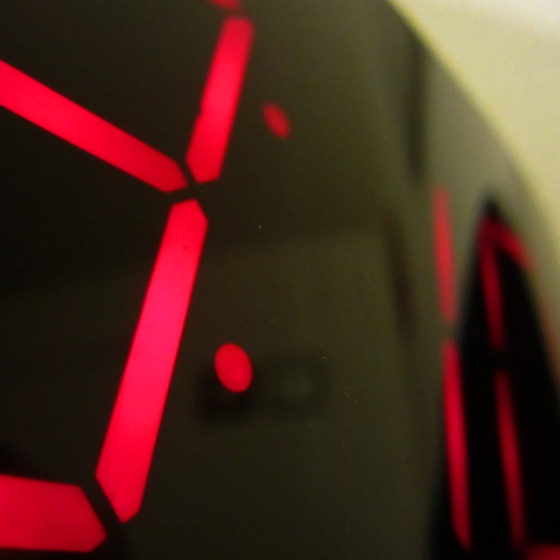 How about the inflatable exercise disc used to develop better balance: 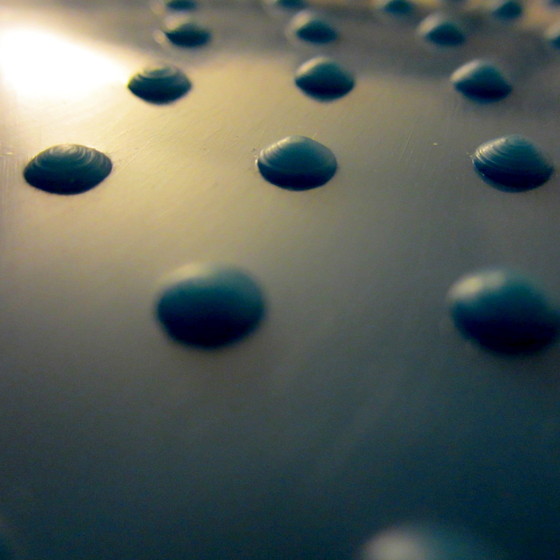 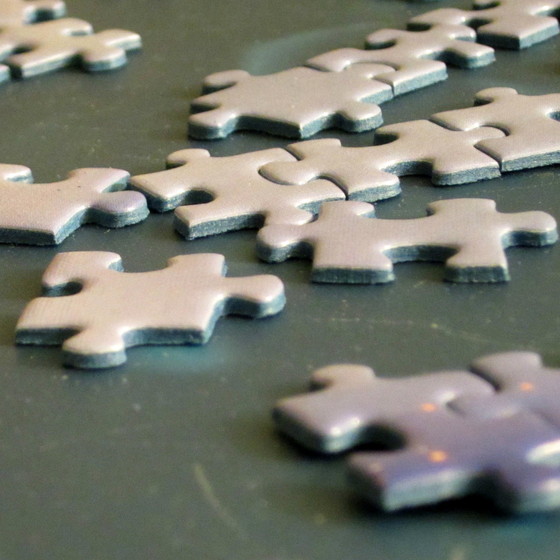 For reasons beyond my ken, Zack sat down and drew some sketches in a little notebook. They were entitled, “How to Be a Better Person”. 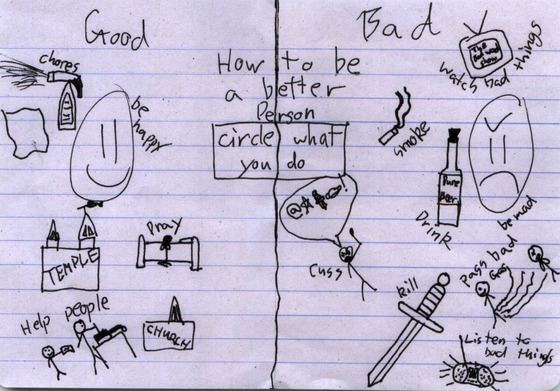 I love how “watch bad things” features a television show called The Bad Word Show. But my favorite part of being bad is probably “pass bad gas”. Ahh, potty humor.

Tonight Zack learned that dish soap is not the same as dishwasher detergent. His chore was doing the dishes this evening, and the box of (granular) dishwasher detergent was empty. Looking under the sink, he spotted a big jug of soap and poured some (liquid) into the dishwasher. Away he went.

A little while later, I was beating Kyra at Mario Kart and Zack said, “Uhh, Dad, you might want to come look at this.” Suds were gushing out of the dishwasher, spreading all over the kitchen floor. Quite a sight. He explained what he’d done, which was really just an honest mistake because sometimes we have liquid dishwasher detergent.

Cleaning it up proved to be interesting. The dishwasher refused to drain, and since it was in the middle of a wash cycle all we could do was cancel and run a rinse. Well, that made things worse. It’s pretty amazing how many bubbles a quarter-cup of concentrated dish soap will make. Finally, I pulled out the shop vac and literally sucked up all the bubbles. A rinse cycle later, things seemed almost back to normal. The dishes still had a coating of bubbles, which probably means we’re going to taste soap in our food for the next few days.

Zack worked hard to help me clean it up, asking several times, “Am I in trouble?” I assured him he wasn’t, but hopefully he learned a lesson. Funny stuff.