“Ralph Waldo Emerson once asked what we would do if the stars only came out once every thousand years. No one would sleep that night, of course. The world would be ecstatic, delirious, made rapturous by the glory of God. Instead the stars come out every night, and we watch television.” 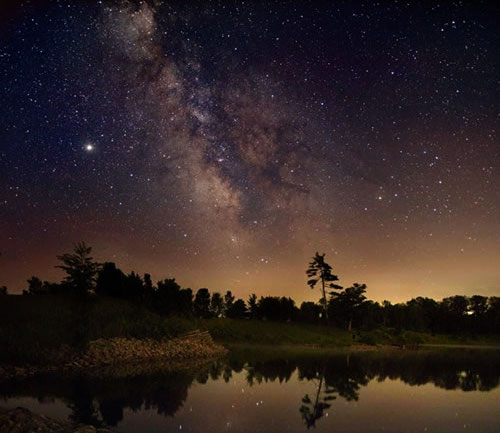 “I have cast my lot with those who, age after age, perversely, with no extraordinary power, reconstitute the world.”

I just read an interesting article entitled “Entrepreneurship Is Not Sexy” by Rob May. The article is summed up pretty well in this quote:

People often tell me that they want to start their own business, they just need an idea. What they really need is to just start doing something. Entrepreneurship isn’t about wild launch parties and billion-dollar IPO’s before age 30. Those types of things are rare, as is most of the entrepreneurship that is portrayed in the media. Most entrepreneurs, and the stuff that they do, isn’t featured in magazines because it isn’t really sexy.

That’s spot-on. I’ve been an entrepreneur for ten years now, and I can say that for most of those ten years it’s been a real grind. Late hours, weekends, pulling my hair out, pounding my head against a wall, worrying about where the next paycheck will come from, figuring out how to get deadbeat clients to pay up, taking on the role of the programmer, the sales guy, the marketeer, the accountant, and the manager. It’s an unbelievable amount of work, and there have been many times when I was ready to throw in the towel, find a nice geeky programming job somewhere, and let someone else tell me what to do so I didn’t have to figure it all out for myself.

Yet there are rewards, and it’s those little things that make it all worthwhile in the end. Having a client thank me for a job well done, or praise one of my guys, or say they’re surprised and immensely pleased that we were able to figure out such-and-such a problem that their other agency wouldn’t touch… rising to the challenge and accomplishing something like that is a darn good feeling.

We don’t win all the battles, and these days things are pretty tough. Rob May is right: entrepreneurship is definitely not sexy. But I’m glad I did it, and I hope I can continue walking this road.

A few weeks ago I found an old dusty box in the basement. It was labeled mysteriously as “Unorganized Pix”. As it turns out, it was full of random snapshots from my whole life. Every Sunday afternoon for the past weeks I’ve been scanning them, and today I finished the lot.

Take, for example, the fact that in the early 80’s everyone in my family wore absolutely hideous pants. 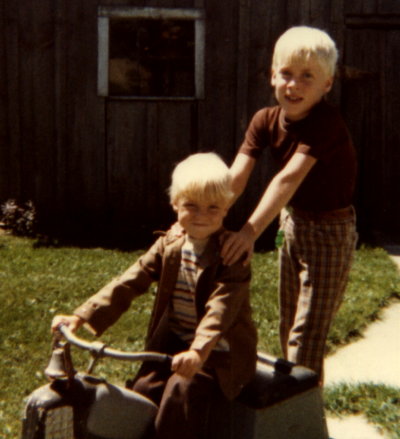 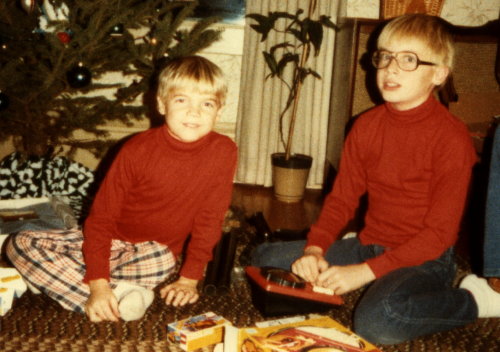 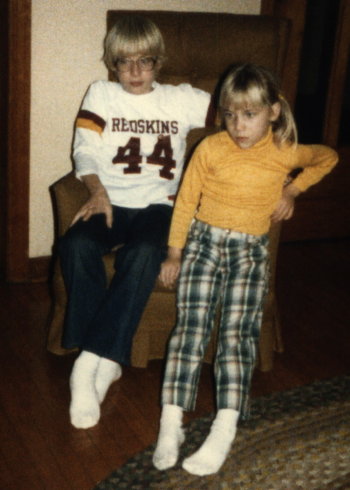 I’m sure as I wade through these scans I’ll find some more gems. Stay tuned.

Ahh, the joys of youth! 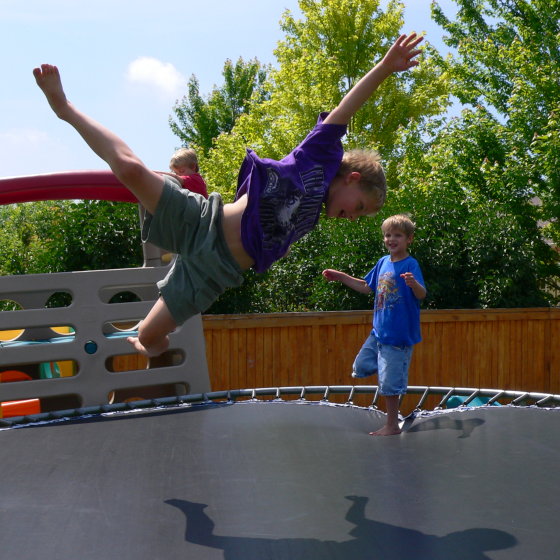 “Never assign to malice that which can be adequately explained by incompetence.”

I saw this listed in some guy’s profile on LinkedIn:

So he says he pretty much knows everything about programming. Even MS-DOS.

Seems like a “jack of all trades, master of none.”

Isn’t it funny how when you wake up you retain the emotion of the dream you were just having? This morning I woke up really frustrated and irritated. And it’s because the dream I’d just finished make me that way.

I dreamed (dreamt?) that Laralee and I decided to travel abroad. Yes, that’s right– it was time for a trip to an exotic foreign country. For some reason we chose Toronto, Canada. (Hey, dreams don’t always make a lot of sense.) But in order to get there with cheap airfare, we had to take a flight through Seattle first. So Denver to Seattle to Toronto. It seems ridiculous, but I’d wager there’s an airline out there somewhere who has a route like that.

Luckily we had a seasoned world traveler with us: Chancellor was flying from Denver to Seattle (he lives in Olympia) and he was going to help us get through the difficulties associated with modern air travel. Apparently La and I just couldn’t get to Seattle on our own.

So we made it safely to Seattle, which was great. Chancellor bade us farewell and headed down to Olympia, and we contemplated the next leg in our journey: the long flight to Toronto. However, I’d forgotten my passport. La had hers, thankfully, but I was getting increasingly irritated. We all know that today isn’t like The Good Ol’ Days when you could drive to Canada without any paperwork, or fly without a passport. I mean, Canada is just an extension of the United States anyway, right?

As an aside, I should point out that I did travel to Toronto many years ago, and almost didn’t get back into the States because I not only didn’t have a passport, but also didn’t have a driver’s license or any form of photo ID. My UMR student ID, a Visa card, Blockbuster video card, and even a Selective Service card weren’t sufficient identification. The woman at O’Hare’s customs desk warned me in a very stern voice that flying into the United States was very different than flying into Canada (which I’d done without any hassle a few days earlier) and that I was lucky she was going to let me back into this great country.

In any case, with all the new TSA restrictions and the likelihood that I’m on their watchlist by now, I was concerned that we’d get to Toronto and I’d end up an expatriate: banned from my homeland and wandering the streets of Toronto while my family lived their happy lives in Colorado.

That’s pretty much when I woke up, and I was just so darn annoyed at the TSA and the airlines and Toronto.

Fortunately I got over it, and the rest of the day has been a lot of fun. But I’m not planning any trips outside the U.S. for a while, just in case.

So it’s 1:30 in the morning and I’m hard at work, jamming to some tunes and configuring servers. All of a sudden this big fat spider saunters across my desk like he owns the place. No fear at all.

Now, normally if it’s a smallish spider I’ll kind of scoop him up and take him outside, because everyone knows spiders outside are helpful and eat all those pesky bugs. But quite honestly, at 1:30 in the morning I’m not in the mood to be patient and gentle with a big juicy guy walking right past my keyboard.

So I grabbed some tent stakes (yes, I have tent stakes in my office… you never know when you might need them) and smashed him. Then I looked around and found an old paper towel in the trash, which I decided I’d use to pick him up, throw him away, and wipe the spider guts off my desk.

When I turned to wipe him up, he was gone. Completely. Nowhere to be seen. Yet he’d left one leg behind (the tent stakes mashed him pretty good) and a bit of juicy stuff. How he managed to even survive the Tent Stakes of Doom is a mystery, but even more mysterious is how he crawled away across the desk in just a few seconds.

So now I sit here, a little worried because apparently this is a spider that can’t be killed by conventional means, and frankly he’s pretty ticked about the whole leg thing, and he’s silently plotting his revenge.

If he comes back, I’ll run him over with my mouse.

In the United States, the median download speed of a “broadband” internet connection (like the Comcast line I’m using now) is around 6 Mbps, or just under a megabyte per second.

In Japan, the median speed is 78 Mbps, or thirteen times faster than ours. Moreover, they’ve already deployed gigabit (1,000 Mbps) symmetric fiber broadband in some places, and plan to have the entire country running at least that fast by 2011. They’ve successfully tested– though not deployed for commercial use– connections running upwards of 160 Gbps. That’s more than 26,000 times faster than the U.S. median.

Now, Japan is a smallish country and it’s probably easier to deploy fiber all over the place, but considering how heavily the U.S. economy (not to mention most aspects of American business) rely on fast internet, you’d think we’d take a page from their playbook and bump up these speeds a bit.