I’m not sure what to make of this… 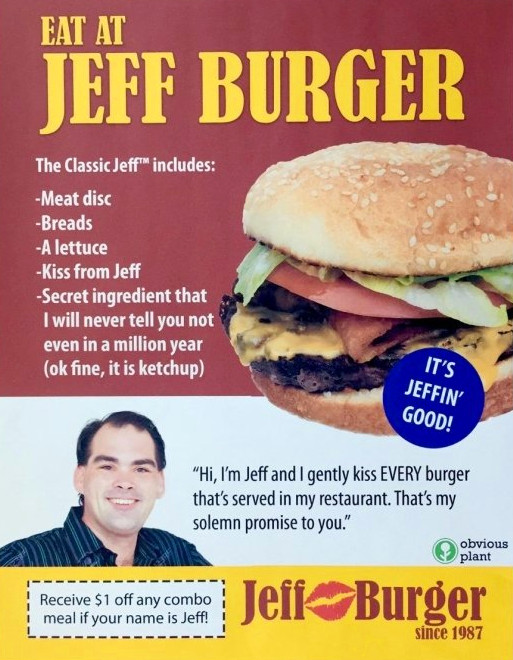 Monopoly is one of those games that really brings people together. I mean, it’s tedious and ruthless and the entire point of the game is to bankrupt your friends and family.

Today Dirk learned– apparently for the first time– about the “auction” rule. If the player who lands on a property doesn’t want to buy it, the property goes up for auction to all of the remaining players. Of course that’s pretty important, but most people (including Dirk) don’t know about it.

I told him this:

Believe it or not, I totally knew about this rule.  I haven’t played Monopoly in a while, but I absolutely used it.  With my kids.  To ruthlessly drown them in debt and eventually bankrupt them.

To which he responded:

Did I ever tell you about newlywed Dirk and Jennifer playing Monopoly?

Apparently her family played “friendly” and without houses and hotels.  So let’s just say she got destroyed, and the first time I asked for property as payment, she completely lost her mind and hated me.

We have never played again.

In general, games like this remind me of a classic Calvin and Hobbes cartoon: 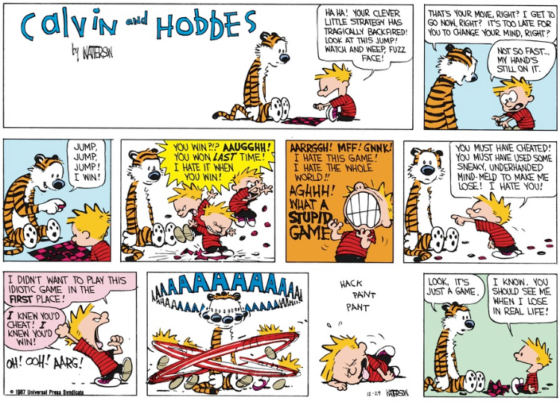 I actually have a printed copy of that comic tucked inside one of our board games, and I pull it out as a reminder to the kids when we play.

The other evening we were at the King Soopers grocery store, and Zaque noticed one of those little motorized carts sitting in the parking lot. I assume it was abandoned by the senior citizen who used it to drive groceries to a car. Zaque– always looking for opportunities to serve, hah!– asked if it would be okay for him to drive it back into the store.

Here he is, parking it in the cart storage area at the store entrance. 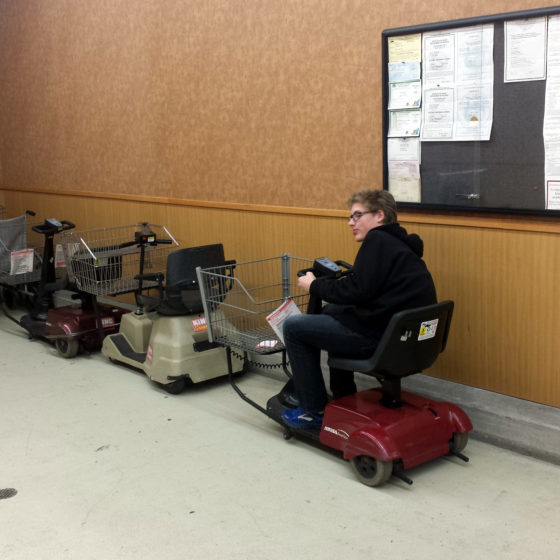 The funny thing was how slowly that thing moved. I realize you don’t necessarily want older people tearing around the store and screeching around corners in high-powered carts, but at the speed this thing moves, it would take most of the day to shop for groceries…

It’s the time of year when I create our annual Christmas cards, and I’m suffering from serious creativity block. In past years, I would often have an idea months in advance, and it was just a matter of making it come together. This year, though, I’m coming up blank.

I had a funny idea about having us riding animals, or having Bob Ross paint a family portrait, but when I sat down to work on the concepts, it just didn’t flow. Laralee suggested a Justice League theme, since that’s the blockbuster movie that just came out (and Wonder Woman is her favorite movie of all time).

So I found a movie poster… 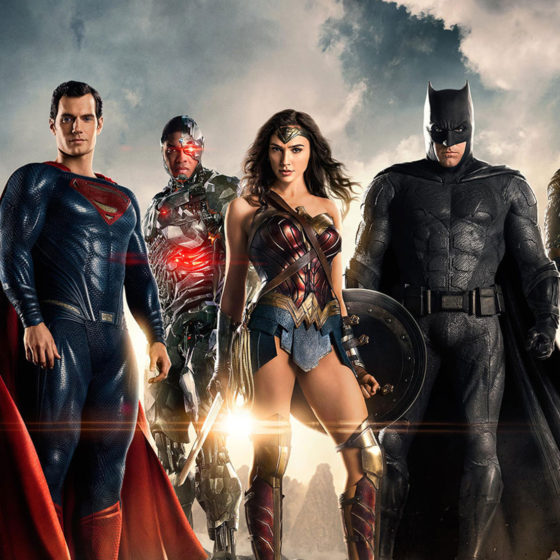 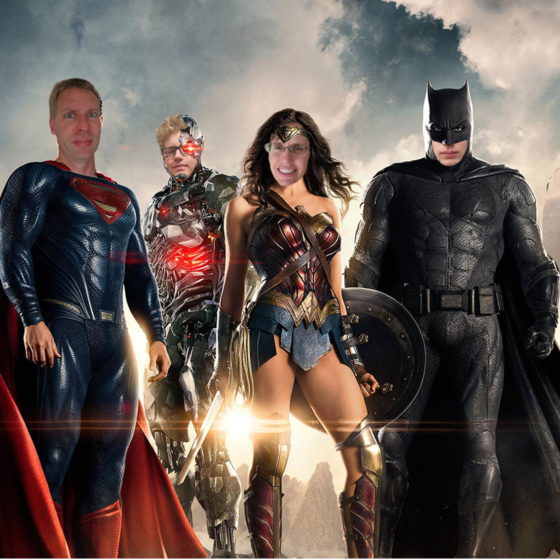 Back to the drawing board.

The other day Jason asked me if I had any old computers. As a CTO, he handles all of the computer hardware for his company, and about once a year he takes all the stuff that’s outdated or broken or otherwise unused and donates it to a local elementary school. There, the kids have a day where they basically tear open all of these old computers and electronics, learning about how they work and reveling in just how cool computer guts can be.

So, yeah, I told him, I happened to have some old computers in the basement. Even after purging a bunch of decades-old stuff that was mostly broken, there were still all sorts of things: network switches, KVM’s, firewalls, print servers, CD-ROM drives, and so on. 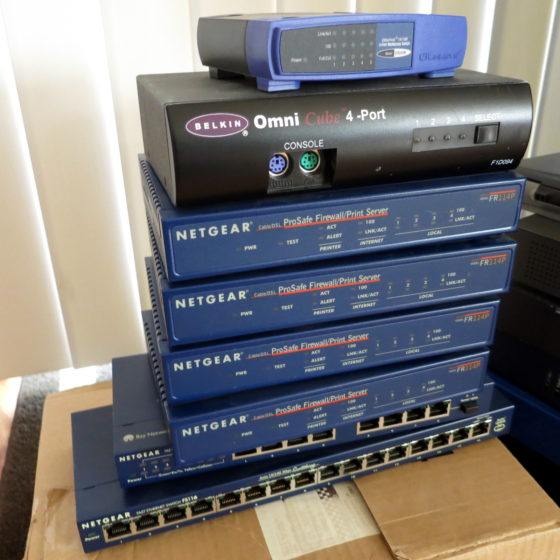 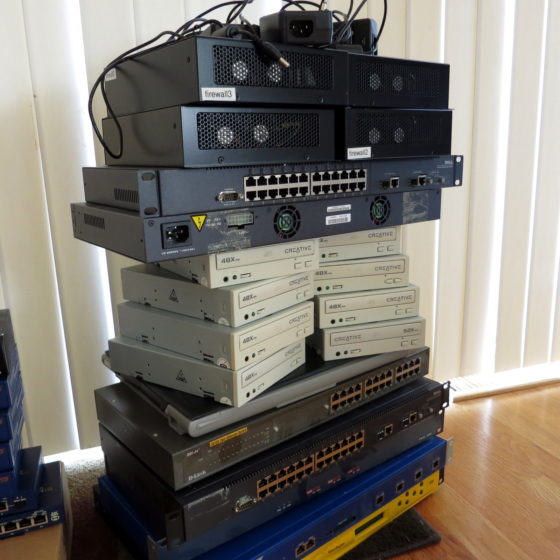 However, all of this stuff still worked… and most of it isn’t even that old. On the other hand, it’s not stuff I’m ever going to use again. When I have a gigabit switch on my home network, why would I need a 10/100 switch? And who uses full-size CD-ROM drives these days? Why do I need four print servers when I use CUPS? Et cetera.

So, I loaded all of this stuff into the trunk and gave it to Jason. I hope the kids have a great time ripping it apart!

After fifteen years, we’d grown tired of the builder-grade Formica countertops in our kitchen. They were showing their age, cracking along the seams, and just generally in need of replacement. 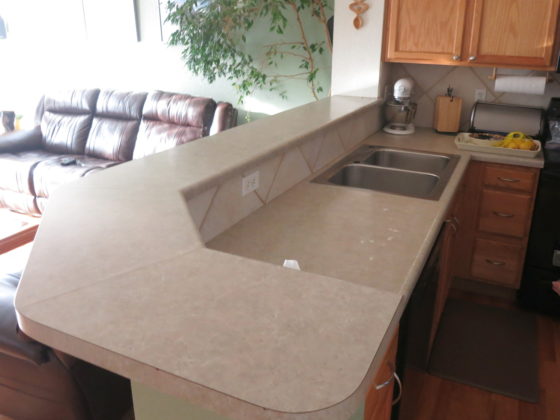 We knew we wanted Corian, so we shopped around at a few places in Longmont and decided on the color and finishes. A few weeks later, the demolition guys showed up and tore out the old stuff. 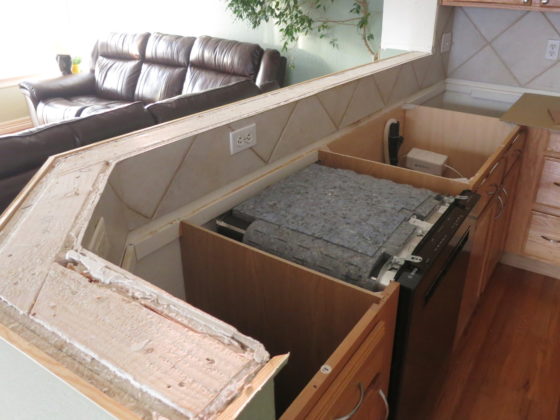 The next day, a different team came in to install the molded Corian. There were some issues with our existing tile backsplash, but in the end, the new countertops look really nice. 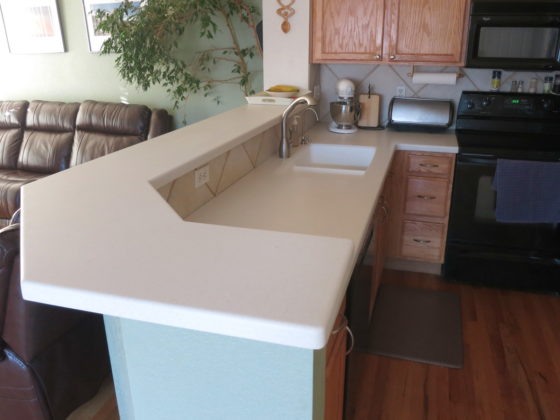 While Alex was on his mission, he was encouraged to keep a journal, recording his experiences daily. Most missionaries want to do that so they can look back in later years and remember the things they did and the people they met. Well, apparently Alex stalled out roughly a year into his mission, and didn’t continue writing in his journal. Now back home, he decided it would be really cool to have all of that, so he’s catching up by looking through his appointment book. 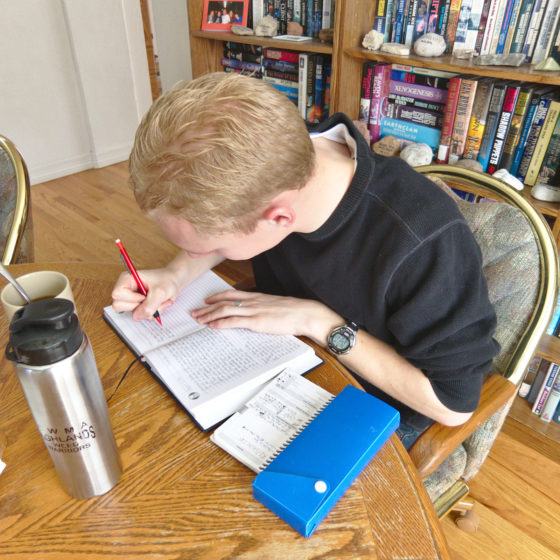 Apparently his appointment book contains daily notes and commentary about visits he made, people he taught, and activities with his companion. He says it’ll remind him of what to write.

In the days following Halloween, I dropped by Walmart to buy a couple of bags of cheap candy. Over the years I’ve learned that candy is a powerful motivator for teenagers in the early morning, so I incorporate it into my seminary lessons from time to time.

Today I cracked open a big bag of assorted chocolate candies: 240 pieces of Twix, Milky Way, 3 Musketeers, and Snickers. Of those four, I love three. Snickers just aren’t that good, and I tend to avoid them.

Imagine my chagrin when I poured out a few candy bars for my first taste, and saw this: 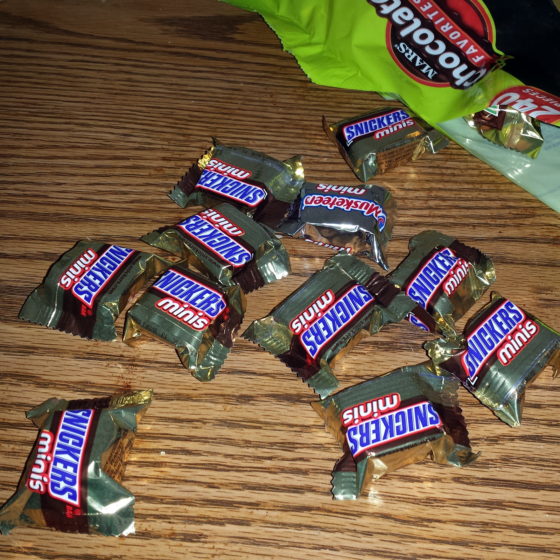 Since Snickers should be one-fourth of the total volume of candy in the bag, I would expect a commensurate ratio when I dumped eleven little bars from the bag. Nope. Ten of eleven are Snickers. 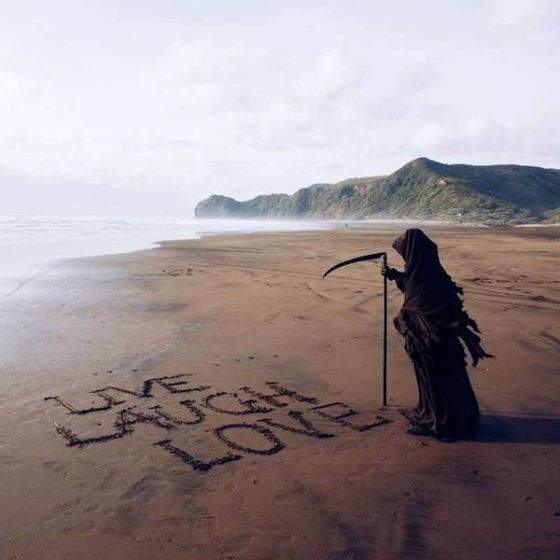 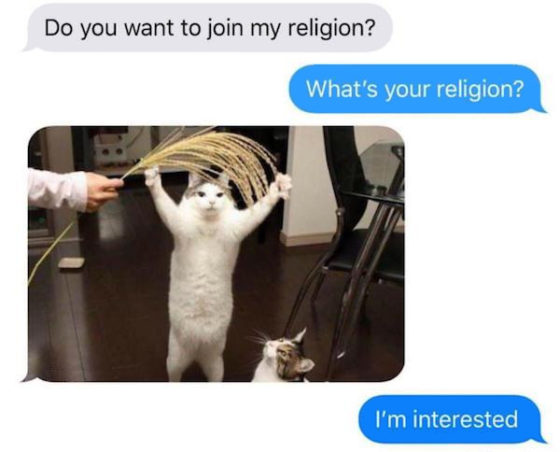