In today’s newspaper I was reading some political editorial and found a real gem of a comment. Apparently some woman plans to vote for Bush in the upcoming presidential election because “Bush hasn’t let me down completely yet.”

Boy, what a great endorsement that is! Although Bush has apparently let her down one or more times thus far, he hasn’t let her *completely* down, so he’s still got her vote.

How wonderful to have voters with that kind of reasoning; I’m sure the Bush camp loves these people.

Wow, in addition to getting my college diploma for a small fee (and no textbooks or classes!) I can apparently become a citizen of, say, Belize. Today’s spam included this message:

“Do you need a new identity, a new citizenship or a new country to call home.

You are pre-qualified. 50 Countries Available.”

Wow, pre-qualified! I’m honored that I passed the rigorous screening process. Now the hard part is choosing which of the fifty available countries I’d like to call home… 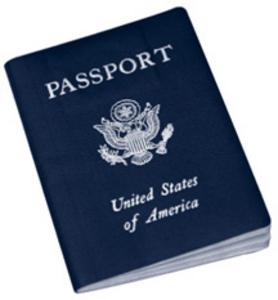 One of my clients got hit with a denial-of-service attack on Saturday, and their web site was terribly sluggish for a few hours as the attacker took most of the bandwidth. I was able to make some adjustments on the server and brings things back to life, and today the client asked me if I could do some forensic work to figure out who it was and how they might combat the problem more effectively in the future.

So I sat down this morning to figure out how to do it, and basically had a huge log file. It contained all the web hits for the week, and was half a gigabyte in size. There were millions of hits in the file, and from that haystack I had to find the needles that pointed to the guy (or guys) responsible for the attack.

In about an hour I’d sifted through the data, pinned down about half a dozen addresses who were obviously working together on the attack, and tracked the culprit to China. I doubt anything will ever come of it, but I was able to provide my client with a lot of information that’ll help them determine if it was one of their resellers (or some disgruntled user) trying to get some sloppy revenge.

Afterward, it occurred to me to consider what I might have done if I didn’t have a Linux system at my disposal. Assuming (for the sake of argument) that I had this same 500 MB log file with millions of entries, how would I have sorted through it using a Windows system? I needed to do things like grab IP addresses off lines, count the number of unique addresses, figure out which ones were making more requests to the server over a short time, and so on. Then I had to do lookups on domain records to track the addresses to an ISP, and so forth.

My conclusion was that I have no idea how a hard-core Windows user would’ve been able to do what I did– at least in the short time I did it. I suppose I could’ve imported the data into SQL Server and run some queries on it, but that would’ve been awkward and time-consuming. I wanted to process millions of lines of text in a quick fashion. Unix command-line tools were perfect for the job; what Windows GUI tools would’ve worked?

Contrary to my usual demeanor, I’m not Windows-bashing here. Rather, I’m trying to understand what a Windows web administrator in my shoes would’ve done. It’s an interesting problem. I suppose if I’d been using IIS (again, for argument’s sake) there might be some built-in log analysis tools in the IIS Management Console, but I doubt it. Moreover, processing the sheer volume of data I had presented a whole set of issues; it’s not like I could just import everything into Excel and do some sorting.

So all in all, I remain a happy Linux user and wonder how those poor souls using Microsoft products manage to get things done effectively and efficiently…

The kids are involved in a reading program at the local library, and they’re plowing through books like it’s going out of style. Of course they’ve always been interested in reading, and every night at bedtime they get 10-20 minutes of quiet reading time anyway, but now they’re keeping track of all the books on little charts so they can earn prizes from the library. Even Zack is doing it– he gets to count all the books Laralee and I read to him (and the other day I think she went through a stack of a dozen books in one sitting).

So tonight La and Alex were reading about volcanoes, and Kyra read “Green Eggs and Ham” to me. I like that book because I see myself in the main character, and of course everything by Dr. Seuss is good stuff. But I was really impressed by Kyra– she read the entire book without any problem. For someone just out of kindergarten that’s quite a feat. 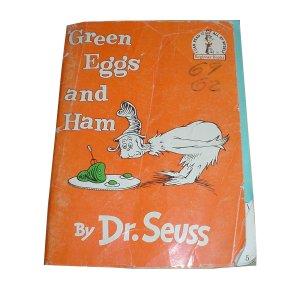 One might classify a movie as “that rocked”. The same classification system might include “that sucked”. And last night Laralee and I decided there must be another classification called “that wasn’t as good as I remember”.

We have the DVD of “Victory”, which is a 1980’s-era movie starring Sylvester Stallone, Michael Caine, and the quintessential thespian Pele. And yes, it’s Pele of Brazilian soccer fame– probably the only professional soccer player anyone not familiar with soccer can name. But as it’s a soccer movie (more or less) it features Pele quite prominently.

In any case, we slogged through the movie and at the end I said, “wow, that’s not something I’ll ever need to see again.” And Laralee’s response was, as you may have guessed, “that wasn’t as good as I remember”. Of course the last time she’d seen it was when she was about thirteen and perhaps back then it was truly at the pinnacle of Hollywood magic. But by today’s standards– whatever they may be– it was pretty much a cheesy film filled with mundane acting, a rather dull plot, and several instances of obvious attempts to elevate concern for the characters or situations that in fact were so blatantly artificial they were more amusing than emotion-provoking.

As we talked about movies that were much worse the second time than we remembered them being the first, I couldn’t help but think of “The Dukes of Hazzard” which was one of my favorite childhood shows. When I saw it as an adult– shortly after graduating from college– I was saddened by how absolutely terrible it was. So ended a longtime nostalgia about Bo, Luke, the General Lee, and (of course) Cooter.

So beware of those movies or shows you saw twenty years ago and remember fondly. You may see them again– either through the magic of $6.99 DVD’s or reruns on TNN– only to say at the end, “huh, that wasn’t as good as I remember.”

“In the end, we will remember not the words of our enemies, but the silence of our friends.”

“Sometimes I get the feeling the whole world is against me, but deep down I know that’s not true. Some smaller countries are neutral.”

I just got off the phone on a half-hour interview with a guy out in Washington D.C. I don’t know how he found me, but he’s a writer for a magazine published by the U.S. State Department that’s sent to the Middle East. He wanted to do an article about me and my business, apparently as part of a larger series of articles about young (under 35, that is) “successful” entrepreneurs.

The interview went well, and he was a good guy. Unfortunately I won’t have a clue what he says about me, as the final print article will be entirely in Arabic. But hey, stranger things have happened…