Day One of spring break: western Colorado (awesome drive along I-70), Arches National Park, and an evening in Moab.

The drive was uneventful but good. Lots of snow in the mountains, but traffic was moving smoothly and we enjoyed cruising past ski resorts and through the gorgeous Glenwood Canyon area. We hit Arches in the early afternoon and spent many hours hking around the park. Despite a beautiful sunny 70-degree temperature, the wind was howling constantly at probably 20mph with gusts upward of 30 or 40. Sand was blowing off the exposed sandstone, getting grit everywhere.

The photos don’t show it, though: they look nice and calm. 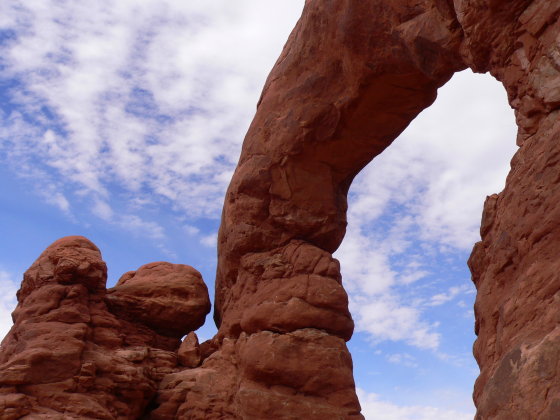 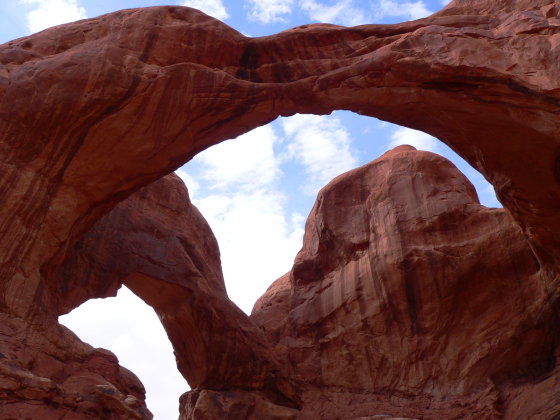 It’s always humbling to come to Arches (this is my fourth visit) and see the vast sheer walls of smooth sandstone rising 300 feet from the ground, or the amazing rock formations. Although I always enjoy the granite of mountains, the sandstone of the desert has an undeniable appeal as well. 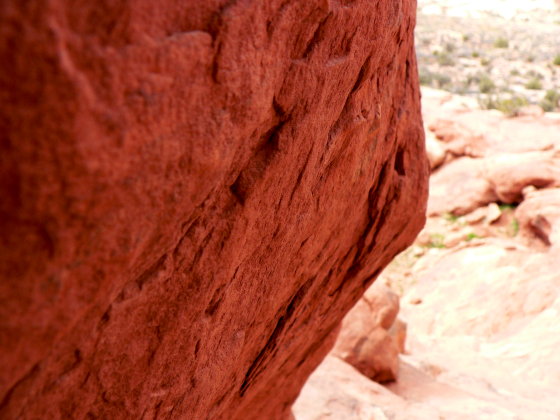 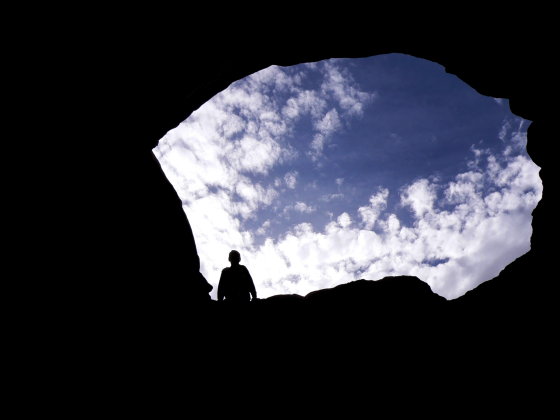 Moab was a lot of fun. The wind died and it was a really pleasant evening. We walked a few blocks around town and had Italian for dinner. This week happens to be some kind of Jeep celebration– the town was literally overflowing with people driving every kind of Jeep imaginable. At the stoplights, if there were five vehicles lined up, four of them were Jeeps. It was almost comical how many there were. It was like being in South Dakota during Sturgis weekend for the Harley crowd, except for Jeeps.

Tomorrow the weather is supposed to take a turn for the cold, with potential rain and snow. I’m crossing my fingers that it won’t, and we’ll be able to enjoy Bryce Canyon as we continue heading toward southwest Utah.

Well, technically it’s used. A 2008 Civic EX-L coupe… the top of the Civic line. It’s got all of the options. And I mean all of them. I’d been checking Craigslist and found a few Civics here and there that were close to what I wanted, and there was one at a local dealership which didn’t have a lot of details in the ad but was at least the right model. So I dropped in after work, drove it a bit, and loved it. Not only did it have the leather seats (absolute requirement), sunroof (very important), and upgraded stereo (also vital) , it even had a manual transmission. And that’s actually really rare in Civics– in general manuals don’t sell well so they aren’t very popular. When I test-drove a 2010 model on Saturday, the guy at the (different) dealership said they have to special-order the manuals.

I took it home so Laralee could drive around the block a few times, and the kids all hopped in back to join the fun. She liked it, but in the end said it was really up to me. I really hadn’t planned on buying anything– I was just window-shopping– and we’re leaving for spring break tomorrow so there really wasn’t time to work out a deal. Still, a sign’s a sign so I went back to the dealership and played The Game with them, insisting on a price that was enormously lowballed. After a bit of haggling they said they really couldn’t meet my offer, and I thanked them for their time and was ready to walk out. The manager asked me to wait a moment while he made a call. The way he acted, he might have been calling Soichiro Honda himself and getting him out of bed at 3am Japanese time or something.

After a quiet conversation the mysterious guy on the other end agreed to the price, and it was a done deal. I filled out reams of paperwork, wrote the check, and drove away. The only bummer is we’re leaving for spring break so I won’t get to drive my new baby until next week.

It’s been thirteen years since I changed cars, so this is a big day. I plan to drive this puppy for another thirteen too. Luckily it’s a sweet, sweet ride.

It’s been many years since I last wrote any science fiction, but it’s something I intend to take up on a pretty serious basis when I’m retired. Which will be in two years. Or maybe three. Or maybe ten, I’m not so sure any more.

Anyway, when I mention from time to time that I enjoy writing and plan to do it someday, people inevitably ask if I hope to be published, and show up on bookshelves at the neighborhood Barnes & Noble or whatever. And I always answer no, that’s not really my goal.

Seth Godin summed it up neatly in a blog post today:

If you love writing or making music or blogging or any sort of performing art, then do it. Do it with everything you’ve got. Just don’t plan on using it as a shortcut to making a living. The only people who should plan on making money from writing a book are people who made money on their last book.

(And here’s a shout-out to Thom, who is always thinking about putting together some music but seems to find reasons– just as I do– to put it off a little longer. Just do it.)

We’ve got eleven bookshelves in our house, scattered amongst all three floors. And yet we continue getting more books and now find ourselves with no room for them. So they’re stacking two and three levels deep. 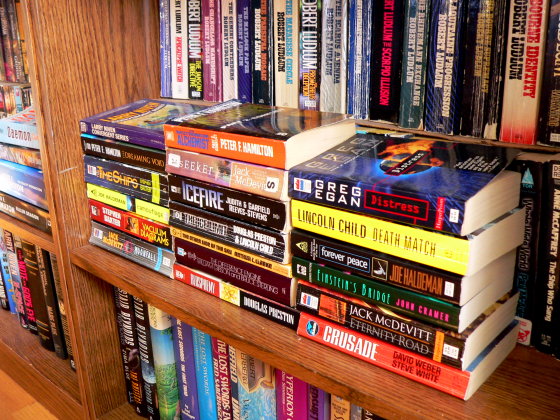 In about a month the library is having their annual book sale, which means La and I will both pick up about twenty or thirty more books apiece. Awesome.

As I sit here this afternoon slamming out some code for my latest project, it made me chuckle to realize I was wearing my geek shirt: 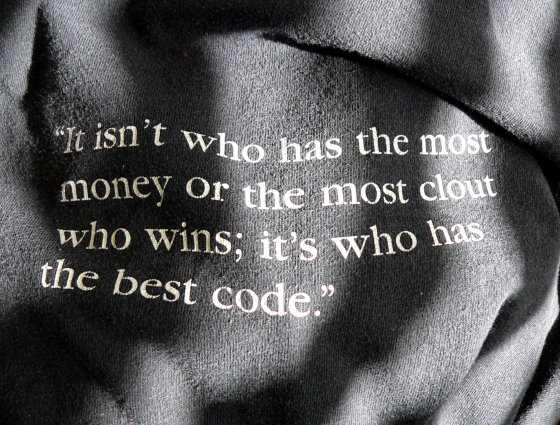 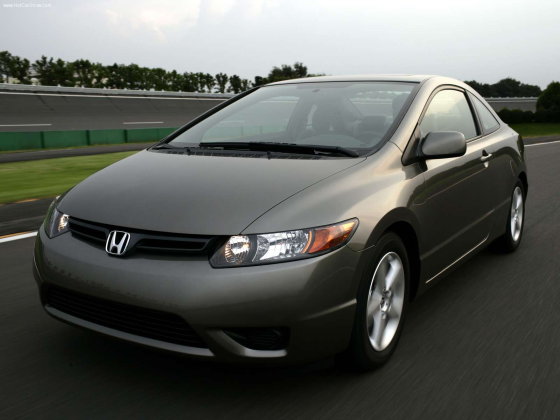 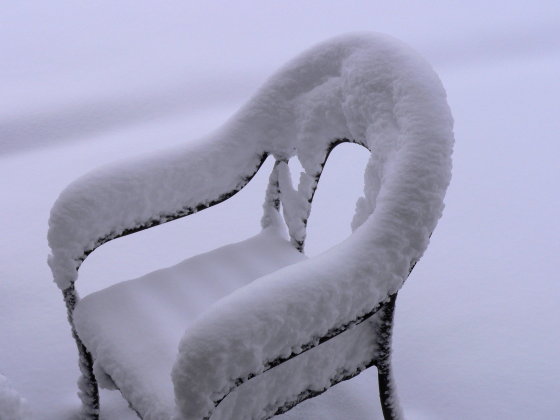 Today marks the seventh anniversary of the start of the war in Iraq.

Seven years. And what have we accomplished?…

Brian burned me a DVD and I loaded it in my (Linux) system, only to find that it couldn’t be read. I kept getting errors about a missing UDF header or something. As it turns out, it’s because he burned the DVD on a Windows system, and Microsoft decided not to implement UDF (the standard for DVD-ROM data) the same way as the rest of the world.

Why, Microsoft, why? Is it really so hard to read the standard and use it?