Here’s a direct quote from an e-mail message sent by Radio Shack to about 400 of its employees:

The work force reduction notification is currently in progress. Unfortunately your position is one that has been eliminated. 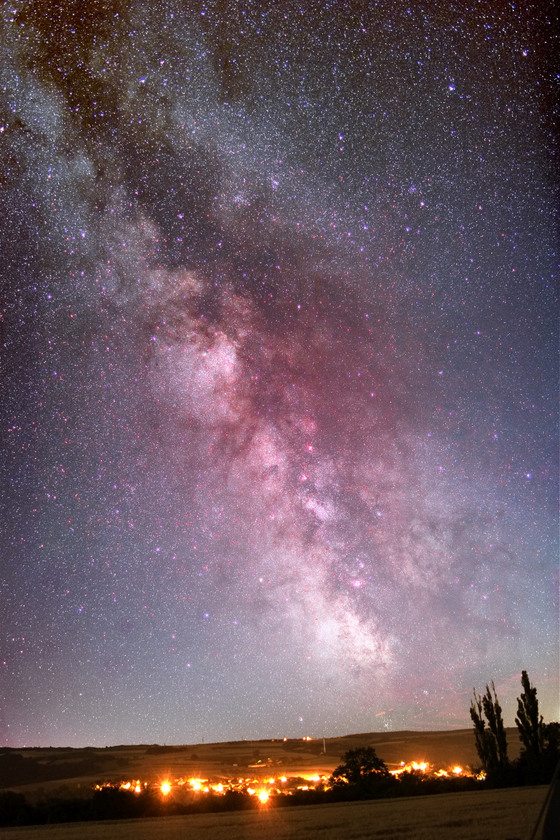 So it looks like President Bush is going to tour the country giving a series of speeches about (surprise!) the War in Iraq and the War on Terror. When asked about the speeches, he said, “they are not political speeches.”

Umm, yeah. Right. Remind me again how desperate the Republicans are to maintain their stranglehold on Congress this November.

In another part of his speech about the speeches, Bush said, “We have a duty in this country to defeat the terrorists.”

No, Mr. President, we don’t. We cannot defeat the terrorists– ever. This is a war that can’t be won, and to continue banging away with this tired rhetoric only insults the rest of us.

It’s funny how music is tied to memory. When I hear certain songs, I can’t help but think of some crazy incident from the distant (or sometimes not-so-distant) past.

Today I was driving to a meeting and listening to a random mix of stuff. Several songs provoked hilarious memories..

Pour Some Sugar on Me (Def Leppard) — The party in Aron’s basement, circa 1989, with a bunch of foreign-exchange babes. His house was always the party house, and we were playing ping-pong and pinball and generally having a grand time. Until, that is, Mike decided to “scratch” with some of Aron’s LP’s and caused quite a reaction from Aron.

It’s the End of the World as We Know It (R.E.M.) — Cruising St. Charles, also in 1989 or so, listening to the song over and over, straining to understand the lyrics so we could sing along. Screaming “Leonard Bernstein!” (at the appropriate part of the song) because everyone knows that line.

Crumblin’ Down (John Mellencamp) — The “rewritten” version we sang in 1988 or so, mocking our rather overweight German teacher, Frau Rawls. Our version went something like “When the Rawls come crumblin’ down…” We were so mean.

Thriller (Michael Jackson) — Sitting beside mom and dad’s old radio, tape recorder in hand, just waiting for the DJ to play the song so I could record it. Because it was, of course, the coolest song ever. At least for a week or so. 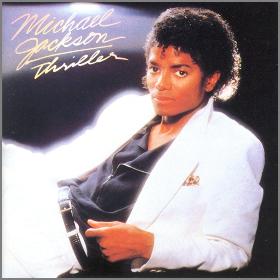 It looks like Hurricane Ernesto is going to smack into Florida pretty soon, and that means this year’s orange crop could be devastated. That’s bad news for a lot of people down there, but also for me. As a guy who drinks two quarts of orange juice per day, I’m apparently going to have to adjust my budget for the impending rise in orange prices. 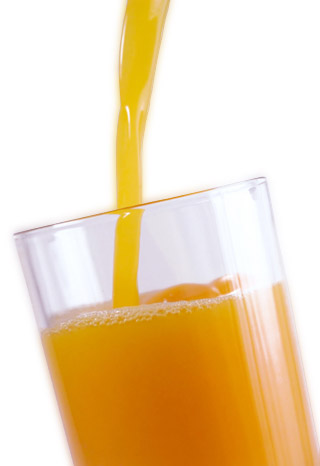 This morning I woke up with a sore spot on my back. Closer inspection (by Laralee, since I can’t see it very well in the mirror) shows that it’s apparently a bite. There’s a big inflamed red area, with two tiny white dots in the middle. Fang marks, cool!

Now Laralee’s all upset because there are apparently evil spiders living in our bed.

Last night some friends and I were planning to climb Long’s Peak. I’ve never climbed a Fourteener (with the exception of Mount Evans, which is cheating because you drive almost to the top) so I was pretty stoked. My pack was ready, all of my goodies stowed, and I got the news that an early snowfall had socked in the trail up at the summit. The snow cover was only six inches or so, but it was enough to turn a moderately difficult climb into a highly technical one.

Thus, we had to cancel the trek. The snow won’t melt until next June or July, so we’re going to have to wait until next year to make the trip.

Too bad– it’s really pretty up there. Here’s a shot from two years ago, when Tom and I climbed to Chasm Lake (near the summit). 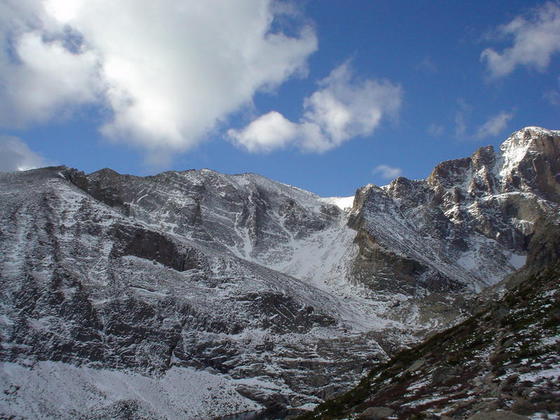 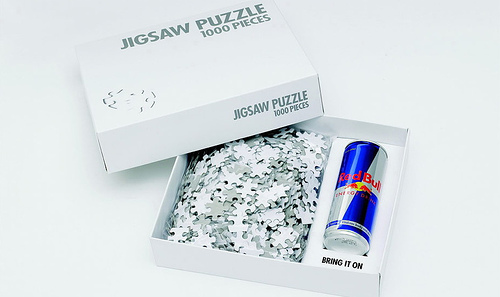 It’s official: Pluto is no longer a planet. It’s a “dwarf planet”, along with former asteroid Ceres and former planet contender Xena.

The backlash has been fairly predictable, as well as amusing. Consider this bumper sticker: 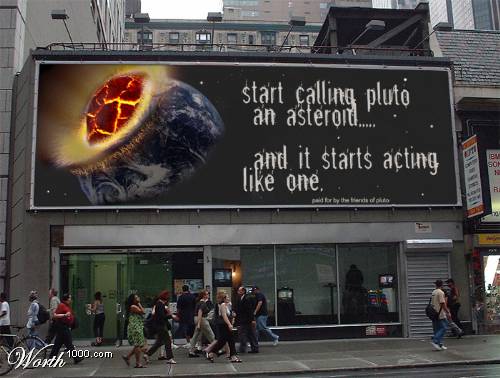 Or even this t-shirt (“Will all planets please step forward? … Not so fast, Pluto.”) 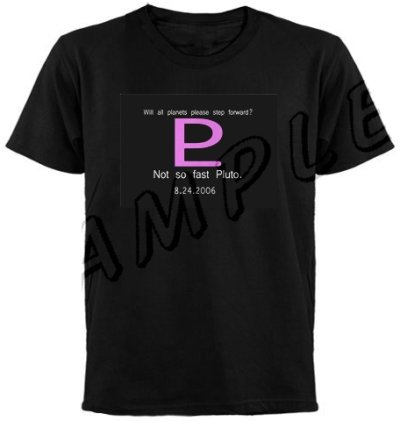 And, predictably, a milk carton:

Regardless, it’s fun to watch the solar system get re-defined, and wonder how our kids will perceive it as they’re taught these new definitions and theories in school.

Raed Jarrar is an Iraqi who lives in the United States and was waiting for his airplane flight home from Washington DC to California. He was approached by three law enforcement officers and an employee of JetBlue (the airline he was using) and asked to remove a t-shirt he was wearing.

The shirt said “We will not be silent” in Arabic: 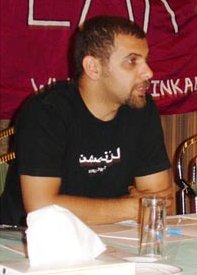 He protested because he didn’t have another shirt to wear (it was in his checked baggage) and he felt it was his Constitutional right to wear a t-shirt with a slogan– even one in Arabic. The agents were unimpressed, refusing even to believe that’s what it said. The English translation is immediately below the Arabic script, but they argued that it could just as well say something threatening. They admitted they didn’t read Arabic, nor did they have a translator handy, so they simply assumed it was some dark, malicious saying.

Jarrar agreed to wear his shirt inside-out if they could prove to him that there’s a law prohibiting the wearing of shirts with Arabic sayings. Of course there is no such law, but the men persisted and eventually Jarrar agreed to wear a shirt that said “New York” from a nearby kiosk.

Adding this incident to other recent ones– like the man who was removed from a plane last week for saying an Islamic prayer, or the two Middle-Eastern men who were refused entrance to a plane because they “looked threatening”– and a very ugly picture is being drawn. People of Middle Eastern descent are being singled out and unfairly identified with terrorism.

Personally, I’m going to buy a shirt with Arabic on it.