Today is the unofficial day to protest SOPA, the awful piece of legislation the U.S. Congress has been considering as a way to stop copyright infringement on the internet. Not surprisingly, the technique they’re considering is poorly thought out, benefits the big media conglomerates (RIAA and MPAA) far more than anyone else, lacks oversight and transparency, and worst of all strikes at the very foundation of the internet.

Many major web sites have decided to make their sites “dark” in protest, hoping to raise awareness of this issue and get people thinking about what Congress is doing.

Google has an interesting home page: 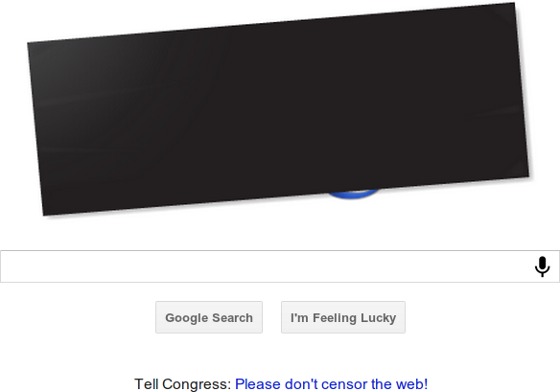 Craigslist has a landing page with a message, then a click to get to the site. 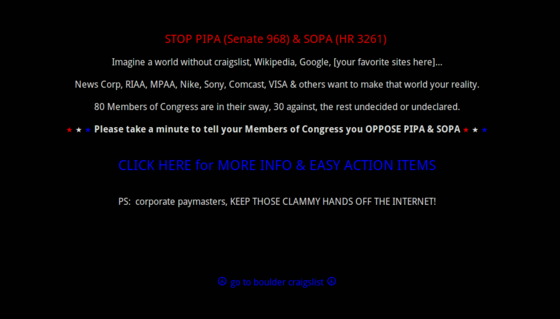 But Wikipedia has the most courage, in my mind, because for the entire day this is what you’ll see: 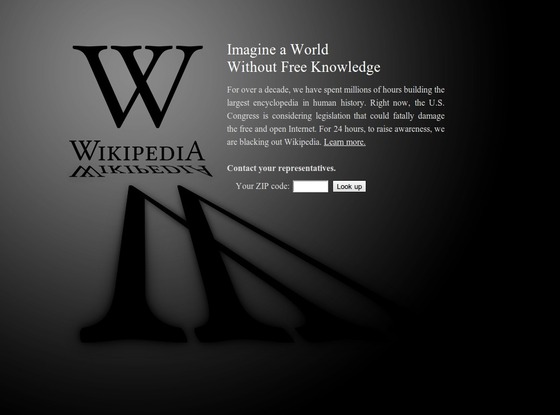 For one of the most-trafficked sites in the world, this is a major statement. Let’s hope it works.