Although it was fun to have sunny 60-degree days a few weeks ago, it sure didn’t feel like February around here. The last week, coupled with the upcoming week, are more like what I expect:

I actually enjoy winter, even though I’m not out playing ultimate. This is more like February!

Despite apocalyptic warnings about winter storms and dangerous roads, Longmont was (as usual) lightly dusted with snow while the rest of the Denver area was pounded. We had a couple of “snow days” at the office, since I’m the only one who lives in Longmont and the rest of the team commutes from Boulder and farther. To the kids’ dismay, the schools were open.

As I was driving to the office yesterday I decided to stop and take a short walk along the trees lining the road. It was a peaceful morning, with light snowfall, and everything looked nice and wintry. 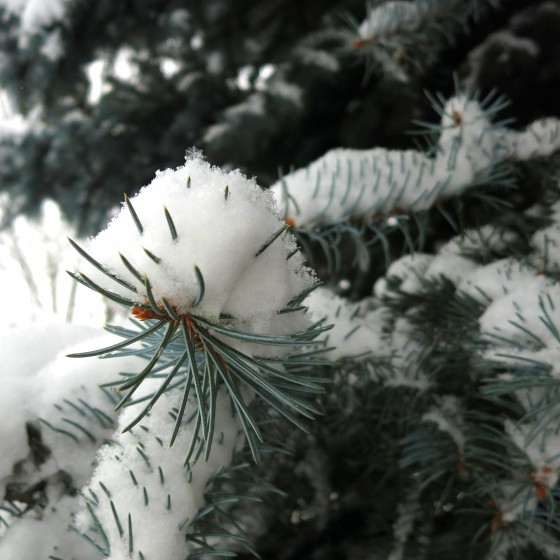 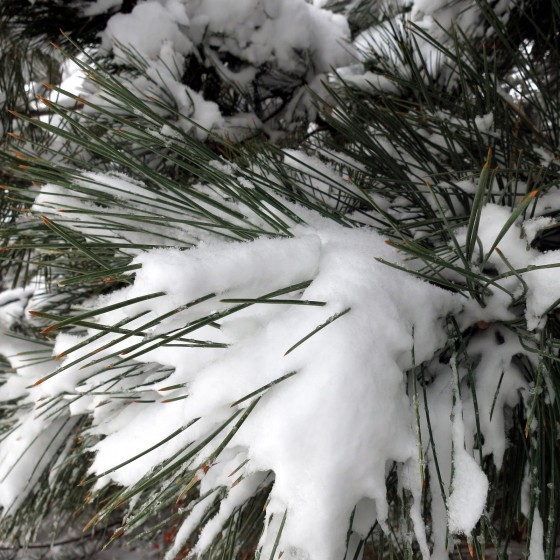 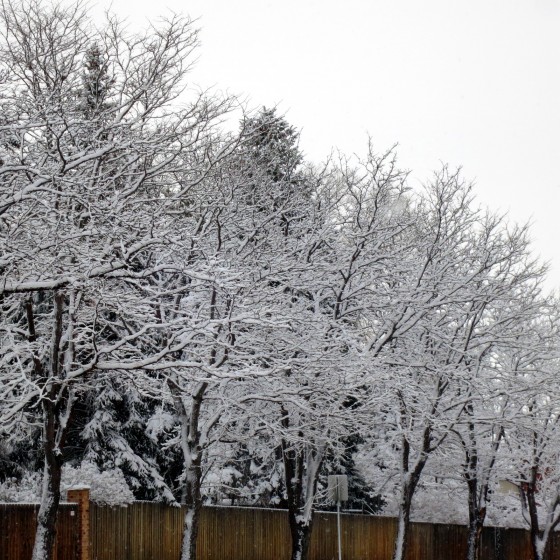 For some reason I find snow to be beautiful.

Sometimes I don’t know if Laralee is crazy or brilliant.

Here’s the latest crazy-brilliant idea: on our counter we have a jar of water that has a bunch of used eggshells in it. 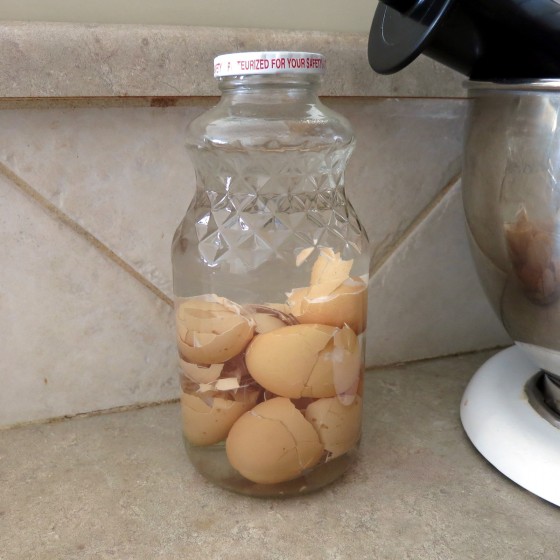 I wondered about it and asked Laralee, and she told me that if you soak eggshells in water, you can then use the water for plants around the house. The calcium in the shells dissolves in the water, and apparently the plants love the calcium. (Another option is to crush the eggshells and mix them into the soil, but that seems like a lot more work.)

Wow. Brilliant. And a little crazy.

Movies then and now

I saw a funny graphic about how movies were made, then and now: 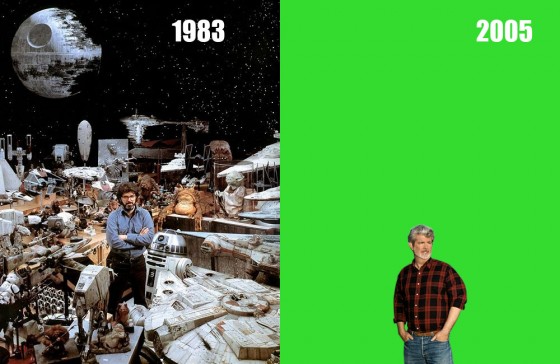 Laralee isn’t really into flowers or jewelry, so I get off pretty easy on Valentine’s day. This year I bought her a dozen long-stemmed chocolate roses: 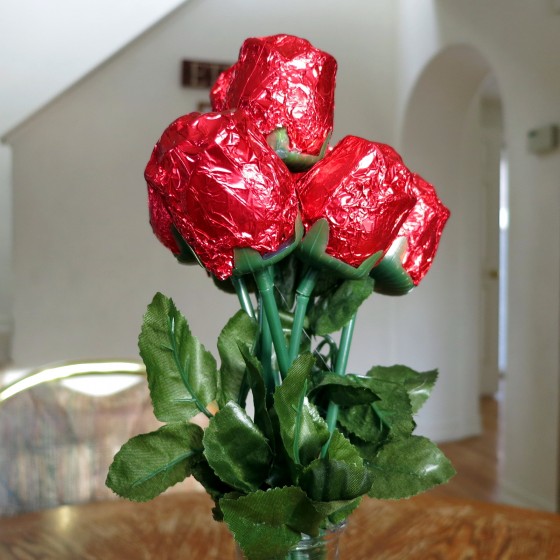 (Only six fit in our vase.) Unfortunately we discovered they’re hollow milk chocolate, so they’re not as impressive as you might think. I also bought her a stack of dark chocolate Chocolove bars, which are far superior and will definitely win me a few points in the Valentine’s game.

In today’s mail I found an amazing card that Nooch Dirque had sent to me for my (upcoming) birthday. This is what the front looks like: 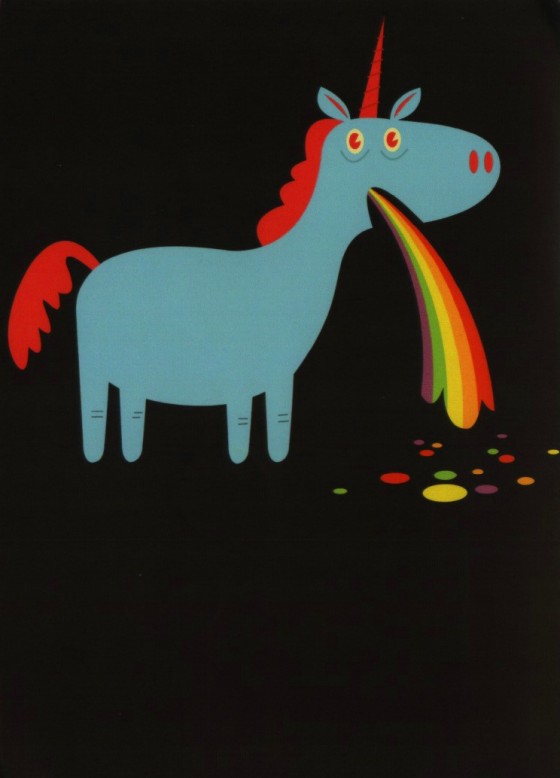 Inside it says “Have a magical birthday!” and Dirk had taped 43 cents, including a bicentennial quarter! 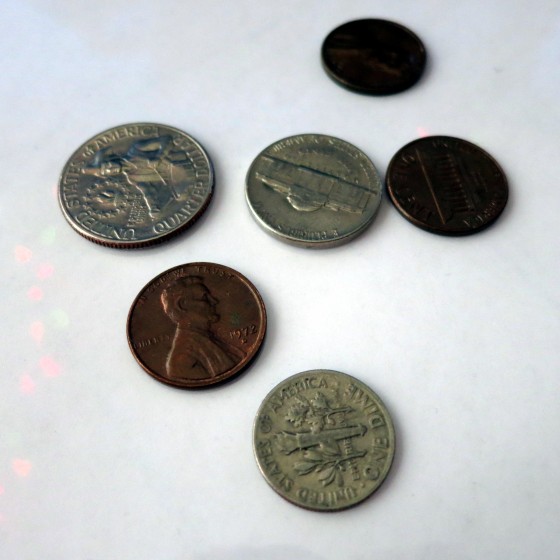 How awesome is a barfing unicorn card with money in it?

While I was playing ultimate, some IT guy called and left me a message about some domain changes he needs to make. Fine, no problem; I called him back when I was in the office but his phone just rang and rang. Finally it dropped to a generic message about “This subscriber is not available. Please call back later. Goodbye.”

It’s 2015, man. What kind of IT professional has a business line (or mobile phone) without voicemail? Seriously?

Maybe he’s expecting me to Facebook message him or something. I guess that’s what all the cool kids do these days.

Today it was sunny and about 65 degrees– just another day in the strange month of February in Colorado. Of course I went out to play some ultimate. My team won the first game handily at 7-4, and in the second game we were down 6-3 with the opponents only one point from a glorious victory. We managed to score two in a row, and had some momentum for a comeback.

Jay threw a deep pass into the endzone, and I went the distance (panting and wheezing, it seemed). I can brag just a little bit to say that I made a spectacular diving catch in the back corner of the endzone, grabbing the disc in fingertips for the point. Tie game!

I scraped my right knee… a huge abrasion from the winter grass. But it was worth every drop of blood. Woo hoo!

Today at work I exchanged a few texts with Kyra:

Today I was heading west into town, and the mountains looked absolutely stunning. They’re coated with the snow that fell last night, and the sky was a crisp blue with some light clouds. I grabbed my cell phone and took a hasty shot out of my horribly dirty windshield:

That’s Longs Peak on the far right, and the Indian Peaks on the left. This photo doesn’t really do it justice, of course.

Later, as I was heading home after work, there was a fading crimson sunset… also spectacular. I was heading north this time, so I rolled down my window and stuck my phone-camera into the cool air: 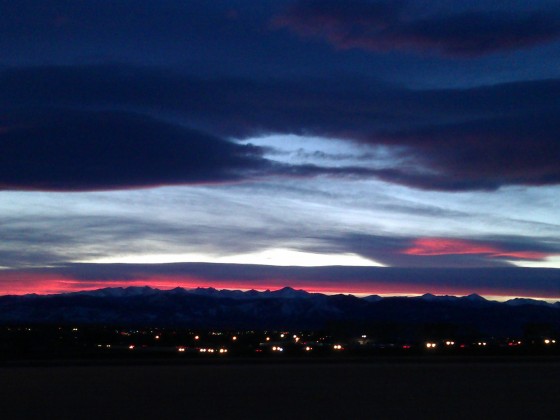 Longs Peak is out of the shot, but you can see the same profile of the Indian Peaks on the left half of the photo. Again, this picture isn’t nearly as impressive as the real thing, but not too bad for a cell phone out the window of a moving car.