“Where have my friends gone? Where could they be while I’m waiting on this conference call? I’m holding on the liiiiiiine….”

Now that Alex is driving, our insurance rates just caught up with us. They’re almost three times what they were before he was driving. Ouch.

Conversation with a client just now, as we attempted to set up a conference call:

Client: How about 10am next Wednesday?

Me: Sure, that’s great. Talk to you then.

Client: That’s not going to work. How about 2pm Wednesday?

Pandora needs a “meh” button. They have thumbs-up and thumbs-down, so if you really like (or hate) a song you can make sure it comes up again, or never comes back. But sometimes there are songs that are sort of “meh”… they’re not terrible, so you don’t want to rule them out forever, but at the same time you don’t want to hear them too often either.

Kyra played in her last symphonic band concert of the school year. The entire concert lasted about two hours, which was pretty long, but there were five different bands playing and an awards ceremony.

It’s so refreshing to listen to high-school bands compared with middle-school bands. The kids are at a whole different skill level, and the music is actually pretty good. Those sixth-grade bands, where the kids only picked up an instrument a few months before, can be kind of painful. Kyra’s come a long way with her flute.

1) Not having to wear a suit, tie, or even “business casual” clothes at work.

Lately we’ve been going on walks as a family, partly to get in shape for our upcoming Trek in August, but also because it’s just kind of nice to spend an hour wandering around town with each other.

Last night we headed over to a local park, following the stream that runs near our house. Being the curious guy I am, I told everyone we should trace the stream and find out “where it comes from”. There’s quite a bit of water running through it these days (thanks to the recent snow and rain), so I wondered where the source is. We followed it past the park and tracked it to a road on the north end of town, where it disappeared into a tunnel beneath the road. We crossed the road and looked all over the area but couldn’t find the stream! Strange. I’d expect it to continue somewhere north, but nothing was obvious.

In any case, with that still a mystery, we decided to walk along the train tracks on our way home. Who wants to go along a boring sidewalk when there’s a half-mile of track straight through town? Along the way, we discovered it’s actually pretty difficult to walk on the rails– they’re narrow, slightly curved on top, and very smooth. Kyra and I had a contest to see who could go the farthest without losing balance and falling off (she won). La and I learned that if you walk side-by-side, holding hands across the tracks, it’s much easier. I’m sure there’s some kind of deep meaning there. 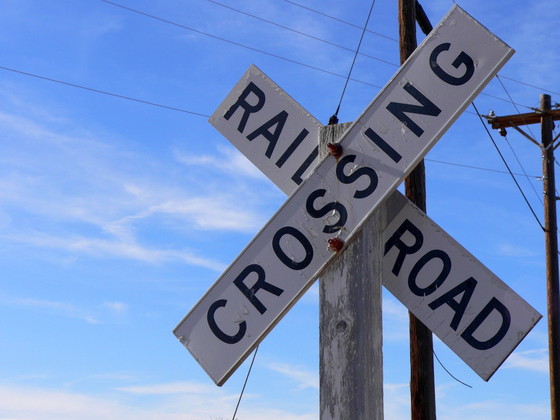 On our next walk, I want to go the other way along the stream to figure out where it ends up. I know it winds south to a point near 9th Avenue and then goes under the road. Does it come out somewhere? Is it all a big trick?

This morning it was pouring rain, and didn’t look like a good day to play. But the skies cleared and it was sunny and warm at game time. We played three (!) great games, and literally as we were walking off the field, the thunderstorms rolled in. Now, fifteen minutes later, it’s pouring and hailing. 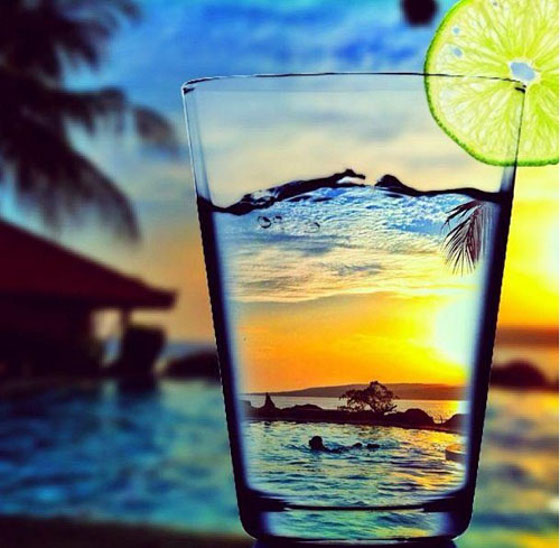 My favorite “Ben shirt” is his Admiral Ackbar “It’s a trap!” one. So when we were at Dave and Buster’s last week for the Zing party, I couldn’t resist cashing in some of our tickets to get a Chinese finger trap.

Today, it all came together beautifully. 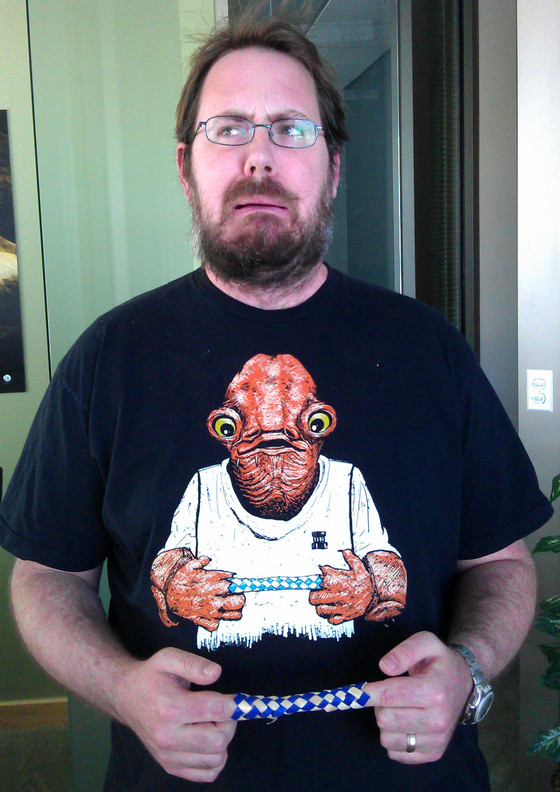