Today I hosted my first-ever LAN party. For a couple of years I’ve been playing Warzone 2100, occasionally with Alex and Zack, and decided to ask some friends if they’d be interested in a game or two. I took a bunch of spare hardware I had, wired it all together in the basement, and we had everything we needed. Four of them came over and we spent the afternoon building super-tanks and planning pincer strategies and whatnot. 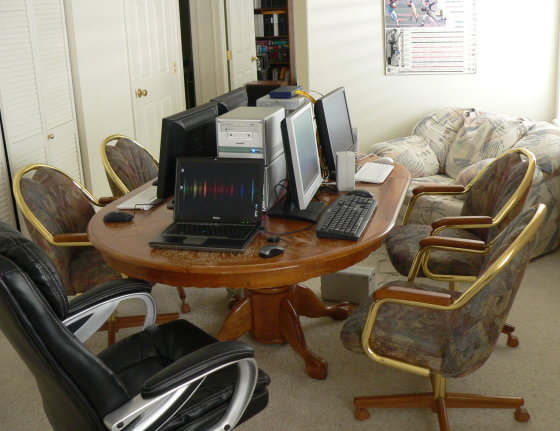 For Laralee’s birthday I bought her what any loving husband would.

One day in 1994 I was driving around and looked over at the passenger seat, where I had a box of all my CD’s. Yes, back in the old days people actually bought silvery plastic discs with music on them. I had hundreds. At an average cost of maybe $15 apiece, a couple hundred of them in one box added up to perhaps two or three thousand dollars.

My thought, driving around that day, was that the box of CD’s on my passenger seat was worth more than my car itself. It was a 1982 Nissan 200SX, bought for $1,200 from a Turkish exchange student who was moving back home after the semester.

Fast forward to today, when I had a similar thought. I had lunch with my friend Lewis, who (coincidentally) I met sometime around 1994. He now works for Cisco and had some spare hardware that he offered to me because he knows I could use it in my hosting business. I gratefully accepted and was happy to buy him lunch in exchange for roughly $15,000 worth of network gear.

Driving back home today, I reflected on the fact that the box of electronics in my trunk was worth (almost) as much as my 2008 Honda Civic. Funny.

Sunny and 65 in mid-February… I love Colorado!

What a great day to get out and play some ultimate. Too bad I haven’t played for three weeks, so I’m woefully out of shape…

Last night we bought a new rat for Kyra, to replace the late Bella, who died a few weeks ago. 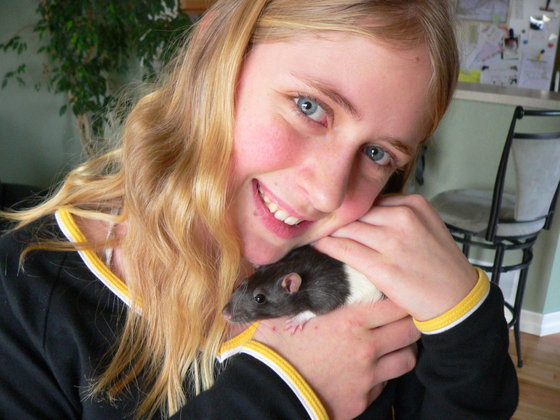 It’s fascinating to watch our Congressmen in action as they debate the crippling $1.5 trillion dollar budget deficit this year, and how to effectively deal with it. Their plan? Harsh cuts across all government programs* which will slash a grand total of– wait for it– $61 billion from the budget.

* Except defense spending, of course. And Social Security, of course. No one cuts those budgets.

Don’t get me wrong: $61 billion is a lot of cash, and certainly a good start. But doing the math, it’s a hair over four percent of the total annual deficit. They’re going to haggle and wrangle and give long speeches and tell the voters they’re working hard to “reign in” government spending, and after a month of theatrics, even if they get the absolute maximum they’re asking for– which they almost certainly won’t– they’re going to shave off a measly four percent.

There’s something very very wrong with our budget and our government in general, and this kind of stupid “budget cutting” isn’t helping a bit.

“There’s enough pork in the defense budget to make a bacon replica of the Hoover Dam.”

— Slashdot discussion about the budget deficit

How’s this for a creative idea: someone came up with an iPhone app that allows Catholics to confess their sins. Why trudge all the way down to church to sit in the booth and tell all to your priest, when you can do it right on your phone?

The Vatican promptly came out with their position on the whole thing. A spokesman said:

It is essential to understand that the rites of penance require a personal dialogue between penitents and their confessor. It cannot be replaced by a computer application. I must stress to avoid all ambiguity, under no circumstance is it possible to confess by iPhone.

So much for that million-dollar idea…

Today’s annoying new buzzword is “ask”. For some reason, several agencies I work with have started using that in place of “question” or perhaps “task”. For example, here’s part of an email:

We also have a few other asks for this page…

Again, with both of these asks, it would be great if we can customize them somehow on our end…

At first I thought it was a typo and they really did mean “task” but a couple of different people in different companies have done it. Hmm.

Uhh, miss? You can scrape that windshield all you want… you ain’t drivin’ anywhere. 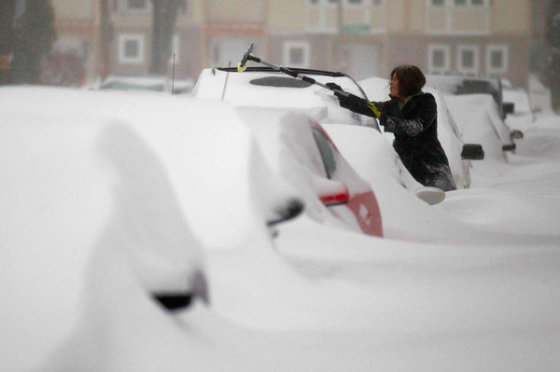