I don’t know if “kameraspielen” is even a word, but if not then I think I’ll make it one. It means “playing with a camera” in German, and as I continue to work on improving my photography, I’m just playing around to learn the tricks of the trade. Today I popped in the prime lens for my Nikon D90 and took a few shots around the house. I’m working on lighting, f-stops, depth of field, that sort of thing.

Then I download the photos to my computer and mess around with Darktable, which is a fantastic photo-editing package. That’s where I’m learning things about levels and contrast and base curves. Digital photography absolutely relies on good post-processing.

So, at my desk as I was running through different tools in Darktable, I saw my little Lego guys and figured I’d take a few shots. Here’s my favorite minifig, King Arthur with the Holy Grail: 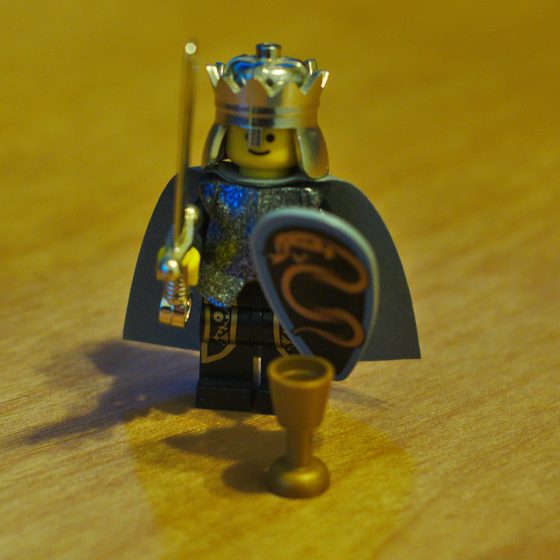 And my second-favorite, the generic pirate, complete with parrot and treasure map: 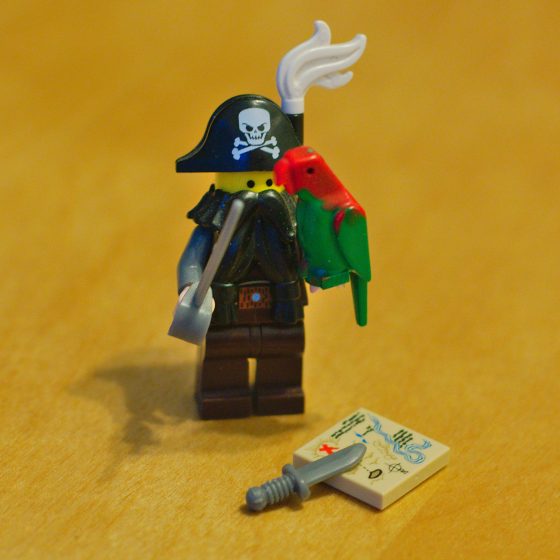 Longtime readers may remember when these guys first showed up.

Thom gave me a thick book on photography techniques, which I’m going to start reading in hopes of learning more. And then, more kameraspielen.

Kyra and Laralee decided to sit down and play a duet on the piano. It’s not really a duet– they’re each playing one hand of a two-handed piece. But it’s pretty funny to watch them work through it, keeping time so they’re in the same place. 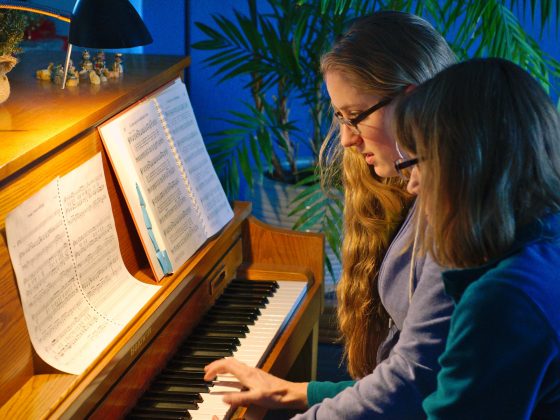 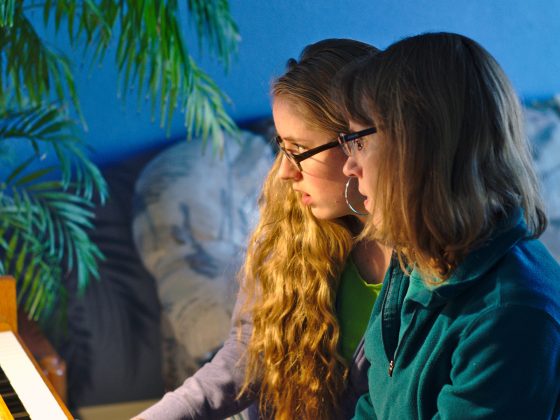 I, of course, am still limited to right-hand-only playing, because I can barely read music. One of these days…

This is an actual conversation between me and Zaque this morning:

Zaque: When I grow up, I’m going to live next door to a dump.

Me: No one wants to live next door to a dump.

Zaque: No, it’ll be great. My house will be cheaper, and I’ll be able to get all kinds of free stuff!

It’s tough to go to work when the rest of the family is sitting around at home enjoying their Christmas break.

I actually threw a party this morning (yes, 9am on a Monday morning) and had to kick everyone out at 11am because I had to go to the office. That ain’t right… 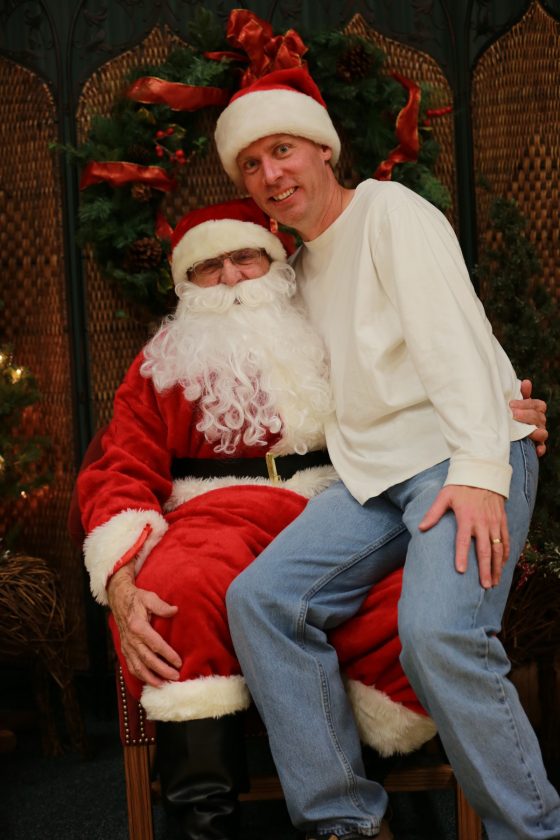 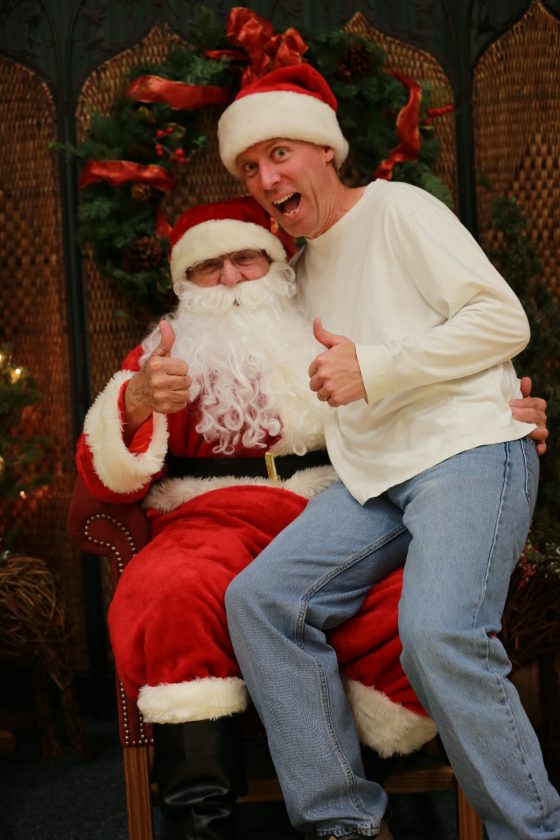 Ideas for next year’s Christmas card 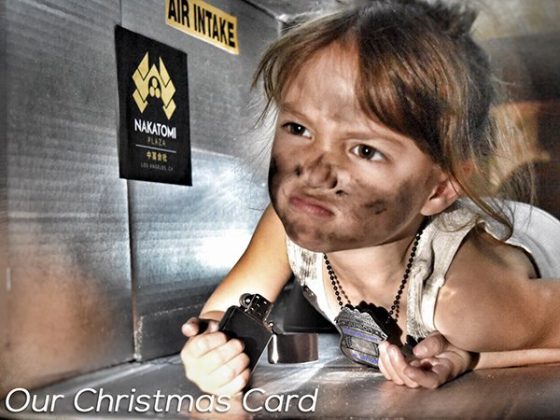 Earlier today, Kyra flew into Denver from Salt Lake City so she can spend a few weeks with us during BYU’s Christmas break. I picked her up at the airport around noon and we went out for a long lunch, then ran some errands. Around 3:00 we were driving home when Laralee texted her to ask where she was.

I joked “You should tell her your flight was delayed and you’re still in Salt Lake City.”

So of course she did. Laralee texted back something like “You’re kidding, right?” to which Kyra replied “I wish. This is so frustrating.”

She and I laughed a bit, then said, “I’ll bet mom will call me now.” A few seconds later, her phone rang. Hah! So she answered, and kept up the story about how her flight had been cancelled due to bad weather over the mountains, and the airline people were looking for other options, and she had been talking with me about what to do. In the midst of this conversation, she was laughing hysterically. Laralee, who was sort of frantic at this point, thought she was sobbing. So she was comforting Kyra and telling her we’d get it sorted out. I was laughing so hard tears were rolling down my face.

We were only a few minutes from home, and Kyra kept things going until we pulled into the driveway, when she abruptly told Laralee that she had to go because “Dad’s calling me back with some news”. I pulled into the garage and she ran into the house. I think Laralee didn’t know whether to yell at her for being so mean, or hug her because everything was okay.

It was so awesome. That’s exactly the sort of thing I would do (which is probably why Laralee often distrusts me when I tell her things). It was hilarious to watch Kyra do it so masterfully.

This is my friend Tom, who is one of the smartest people I’ve ever known. 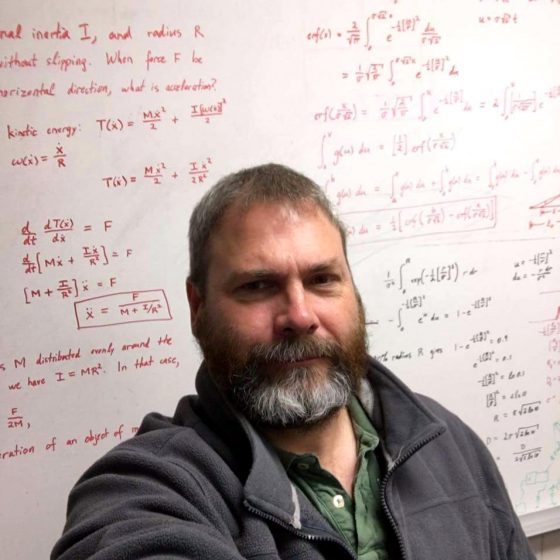 I love this picture because it’s so… him. He actually has a huge whiteboard at his house, and often has cryptic equations like this scattered all over it. He does this sort of thing for fun. I miss the days where I actually understood this kind of math…

A few nights ago we had “make your own dinner” because we were all going different directions and couldn’t eat together. Later in the evening, here’s the actual conversation I had with Zaque: 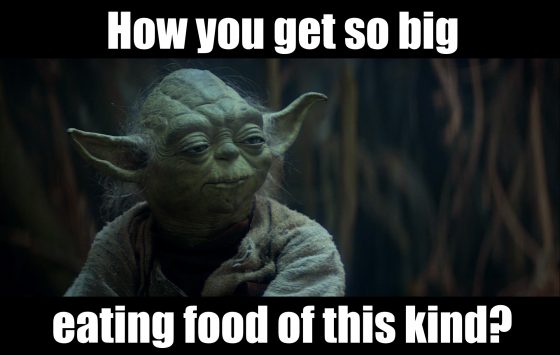 For a long time I resisted using that spelling when I referred to him, but Laralee pointed out that we need to be supportive of his quirks. It reminded me of the scene from The Italian Job where Napster insists on being called Napster (rather than Lyle) and won’t answer to anything else. So okay, if Zaque insists on doing this, I suppose there’s a footnote in a parenting handbook somewhere that says I should support him in it.

Recently a few people have seen this, and remarked to me, “That’s how you spell his name now?” to which I’ve replied, “No, that’s how he spells his name.”

We’ll see if this lasts into adulthood, or if it’s just the passing phase of a quirky (but clever) fifteen-year-old…