I needed to download an update for Internet Exploder (for some testing at work) and went to the Microsoft site, figuring I’d find it there. Not sure where to start, I clicked “Security & Updates”. The result: 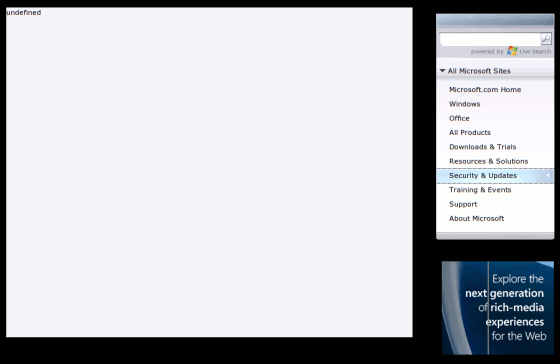 Ha. I guess security is “undefined” at Microsoft.

I’ve heard it said that printer ink is the most expensive liquid in the world when considered by weight. Not even the finest wines can compare with the per-ounce cost of printer ink.

I bought a Samsung color laser printer a few years ago, and it cost around $250. It came with four toner cartridges, of course, and now that I’ve been using it for a while it’s time to get some new toner. I went online to find some: 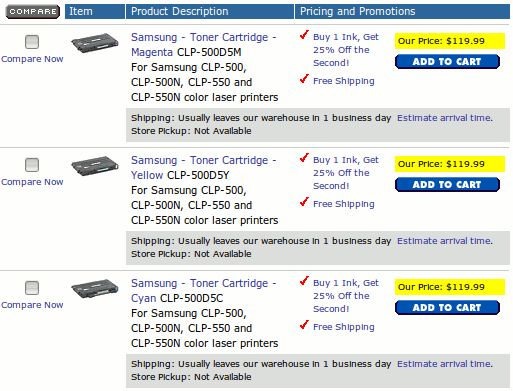 Whee! Over a hundred dollars per cartridge means $400 to replace the toner in a $250 printer that included toner. Interesting math.

I guess it’s time to just buy another color laser printer, with the toner inside, and save some money. It’s just crazy.

“Being powerful is like being a lady.  If you have to tell people you are, you aren’t.”

I was reviewing some programming code developed by a third party, and found this comment about an error in the old programming:

So if you correct a spelling error but misspell “misspelled” is there some sort of karma explosion?

Almost seven years ago I wrote a web application so I could play chess against friends around the country. I invited a handful of them to join in the games, and they told their friends about it, who in turn told their friends… et cetera.

Now, all these years later, there have been more than 6,000 games played and hundreds of users. I haven’t touched the programming in years, but apparently it’s still good enough that people enjoy it. It’s not “Web 2.0” and doesn’t have any flashy effects, and in fact it looks pretty bad (since I’m no designer). But chess is chess, I suppose, and that crowd doesn’t care as much about aesthetics.

Anyway, there’s a comment system where people can drop a note for everyone to see. I get about one comment every year or so, and just received a fun one yesterday:

Today there was a rousing discussion on Slashdot about the search for extraterrestrial intelligence (SETI) and whether it’s “worth it”.

One of the most insightful comments was this:

SETI is a binary solution set. Until or unless SETI finds a transmission, it will have made no progress in finding one, only in not finding one.

However, once it finds one, numerous benefits accrue; some certain, some with varying degrees of probability.

First of all, we learn that we’re not alone, that we’re not unique. Numerous modes of thinking posit that we are alone, or not, and those modes will receive solid underpinnings instead of speculation. This has general value for future inferences, even for current inferences where confirmation agrees. Like most of science, where this may lead may not be immediately obvious, but again like most of science, the odds are high that it will lead somewhere productive. And this consequence is certain. For instance, it would mean a great deal to me to have something I consider to be extremely likely but impossible for me to personally confirm, confirmed by objective facts.

Second, it will have identified one of two things for us: either we have revealed a civilization that is just going through radio and is feeling pretty confident about itself and others, or it will have revealed a civilization that is much further along, and is interested in contact. The former would be a pretty huge coincidence, because broadcast radio is inefficient (witness our going to cable to preserve bandwidth, optical to increase it, satellite to ground to bolster reliability and coverage, various beam methods like lasers and tight focus radio to save energy and achieve reliability), so the odds strongly favor the latter– the 100-year-or-so window we used broadcast radio is closing as we consider this today. So most likely, we’ll have found life that is much further along than we are technologically, and looking for other life. It isn’t a huge stretch to assume that such a find would come hand in hand with new technology for us. After all, if they want us to hear them, either they want to talk, or they want to get rid of us. It seems like a lot of work to try to get rid of things you don’t even know are there, doesn’t it? Inefficient. And it doesn’t fit the mold… if they’re worried about us, then letting us know they are there in such a way that they can’t tell if we know or not is imprudent. So again, the odds fall on the side of life that can and is willing to benefit us.

Third (and we’re getting lower on the probability scale here) the transmission itself may contain immediately useful information for us. It could be anything. Make widgets like this. Don’t go to the 3rd planet of Beta Centauri. Cut it out with the nukes, idiots. Efficient space drive drive works like so. 42.

Lastly, and least likely, we could be handed a paradigm shift. Antigravity. FTL travel of any flavor. Additional physics. How to clean up our atmosphere. Things we cannot even vaguely imagine.

All of these things only require reception. If we add transmission back to a known source of an intelligent signal, now we’re talking interaction. That could be wild as well.

There may be gold mines for linguistics; for biology; for physics and all the sciences that are really corners of physics (chemistry, electronics, nuclear, etc.)

And in the meantime, SETI does something else for us. It serves as a focal point for a certain type of hope, a bright optimism, that I would really rather not see go away.

Amen, brother. SETI consumes a miniscule fraction of the money spent on worthless pursuits like warfare, and moreover it’s an entirely private effort– no government contribution at all, and thus no reason for people to gripe about the misuse of their taxes. As someone who has contributed over 14 years of computing time to the SETI@Home project, I’m very much in favor of continuing The Search.

Some cool cloud formations during sunset… 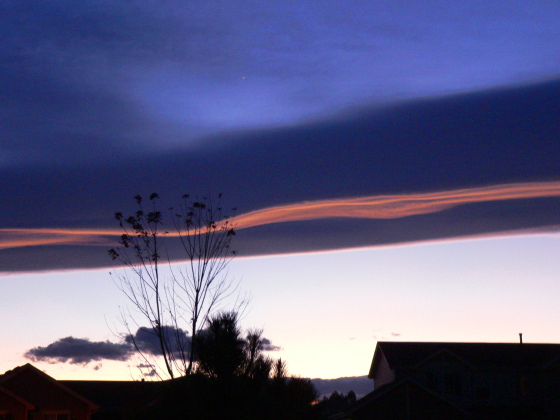 Isn’t the advance of technology amazing? 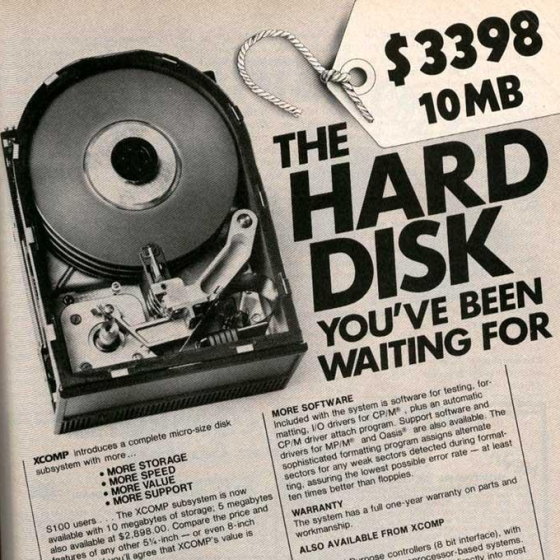 Mmm… Windows Vista is so cool. 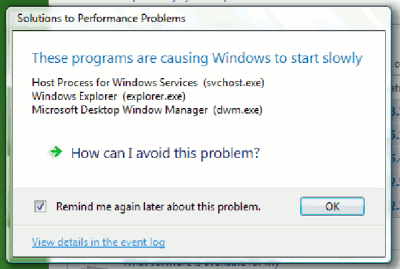 One wonders about all of the poor system administrators that have been tasked to upgrade their company’s computers to Vista, only to have all of their users get irate about the problems in Vista. Those problems range from stupid “change for the sake of change” (like moving menus and options to weird new places with no real reason) to the timeless stability and security problems Windows seems to have.

I’ll just continue to use Linux/KDE and love it.