For reasons beyond my ken, Alex and Zack enjoy sitting in front of a laptop reading online comics to one another. They pull up Dilbert or Get Fuzzy or a few others, and just page through one strip after another. 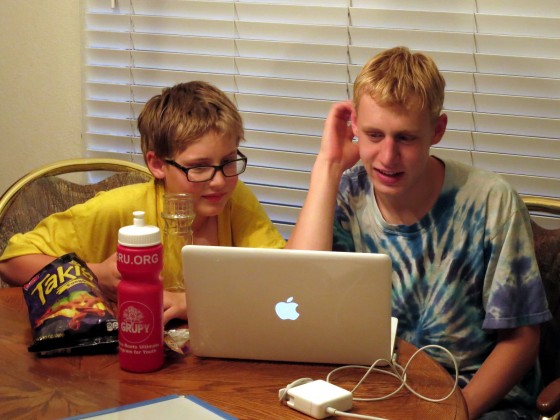 The strangest part is they read them out loud to one another, even though they can both see the strip and probably read it faster in their head. Then they laugh together, move on to the next strip, and read it aloud.

What a pair of goofs.

Rep. Steve Stockman of Texas has introduced an awesome bill at the House. It’s known colloquially as the Dog Ate My Tax Receipts Resolution and allows American citizens to use “flimsy, obviously made-up excuses” if they’re asked to provide documentation to the IRS.

The actual language of the bill is:

Whereas, the IRS claims that convenient, unexplained, miscellaneous computer malfunction is sufficient justification not to produce specific, critical documentation; and,

Whereas, fairness and Due Process demand that the American taxpayer be granted no less latitude than we afford the bureaucrats employed presently at the IRS;

All taxpayers shall be given the benefit of the doubt when not producing critical documentation, so long as the taxpayer’s excuse therefore falls into one of the following categories:

1. The dog ate my tax receipts
2. Convenient, unexplained, miscellaneous computer malfunction
3. Traded documents for five terrorists
4. Burned for warmth while lost in the Yukon
5. Left on table in Hillary’s Book Room
6. Received water damage in the trunk of Ted Kennedy’s car
7. Forgot in gun case sold to Mexican drug lords
8. Forced to recycle by municipal Green Czar
9. Was short on toilet paper while camping
10. At this point, what difference does it make?

In a poll whose results surprised approximately no one, Gallup has learned that Americans’ confidence in Congress has sunk to a new low.

Only 10% of those polled have a high degree of confidence in those serving in Congress.

Also not shocking to anyone at all, at the bottom of the list of institutions with no confidence (just above Congress) were HMO’s, labor unions, and big corporations.

A few days ago I shut down two servers that had been running non-stop for a while.

One of them had just passed 2,000 days, which is a little over five and a half years:

And the other set a new record for me at 7 years and 3 months:

I felt kind of sad turning them off; it’s like saying goodbye to an old friend.

Two weeks ago I griped about Comcast because they’re jerks about cancelling my account. I’ve switched to CenturyLink and today I’ve discovered they’re pretty bad too– just in different ways.

First, when I set up this account a few weeks ago, I was apparently assigned an account number that already existed for a different customer named Grady. This guy had shut down his account a year ago, but CenturyLink’s “account numbers” are really ten-digit phone numbers they use if you purchase their VoIP bundle. So I couldn’t create my online account because the account was “already claimed” by Grady. I called technical support and they managed to create my online account so I could at least login.

Today, my first bill is due so I logged into the account to pay it. Imagine my surprise when I saw all of Grady’s past bills (and billing information!). Wow. Thus, I can’t pay my bill because I’ll actually be paying his bill, which has $1.26 due last July.

Sigh. I picked up the phone and called CenturyLink to get this sorted out. That’s where the real fun began. They have my account in their system, so they apparently don’t see Grady at all. I patiently explained that I’m not making this up, and in fact when I’m logged into “my” account I see his. I got bounced around a few call centers: I think I was in India, then Ohio or something, and finally Idaho. I enjoyed listening to the hold music and repeated marketing statements about how important my account security is to CenturyLink, and how they never share it with anyone. Except, apparently, anyone who’s assigned a recycled account number.

At this point, I’m so sick of cable/internet companies that I just throw up my hands in exasperation. I’d switch away from CenturyLink if I had any reasonable option other than Comcast (who’s worse in my opinion). The only reason these companies stay in business is because people simply have no choice but to use them. Argh.

(And yes, I wrote this entire post while I was waiting on hold for 20+ minutes.)

Last week I took my Civic to the local Honda dealership for an oil change. It was pretty straightforward– they changed the oil, checked a few fluids, and put one of those annoying stickers on my windshield.

Just now I got a call from them asking if everything was okay. Apparently they follow up with customers about any service they perform on cars.

I was a little surprised by the call in general, so I told them it was fine and we hung up. I wasn’t thinking fast enough, or I would have said it was the greatest oil change I’d ever had, and how my car now feels like it’s powered by rainbows and unicorns. I could have gone on about how the oil the Honda technicians put in my car must be mixed with pixie dust because it’s so magical. Et cetera.

Months of the year 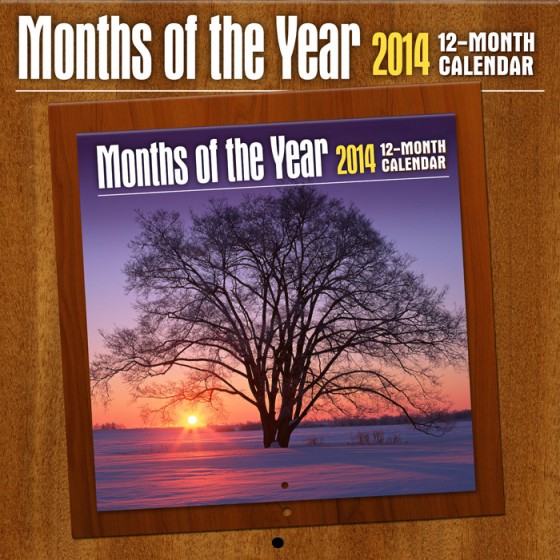 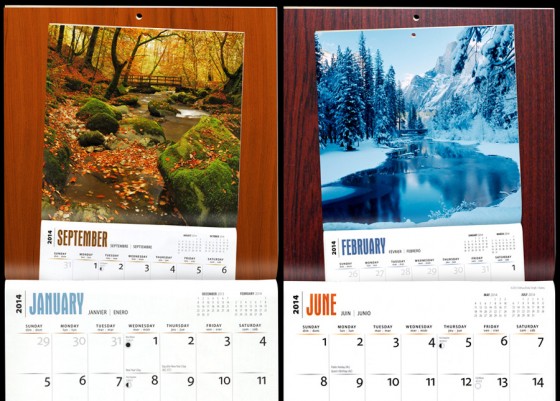