Tonight we had our annual neighborhood pumpkin-carving party, and had a pretty big crowd. Our whole downstairs was filled with pumpkin guts and laughing kids, so it was all good.

Although Zack got as far as scooping out his pumpkin, after that chore he decided it would be more fun to run around the backyard screaming with his friends. Still, Alex and Kyra carved some nice ones, and of course I did my usual “Classic Jack” job. 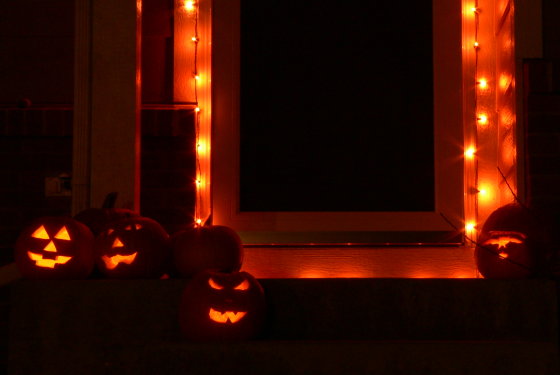 “After I’m dead I’d rather have people ask why I have no monument than why I have one.”

It’s not Halloween just yet, but tonight there was a spooky moon. It’s just past full, of course, and the clouds were pretty thick. Every now and then the moon would peek through a break in the clouds. I pulled out my camera and tripod and did a bit of experimentation with night photography. 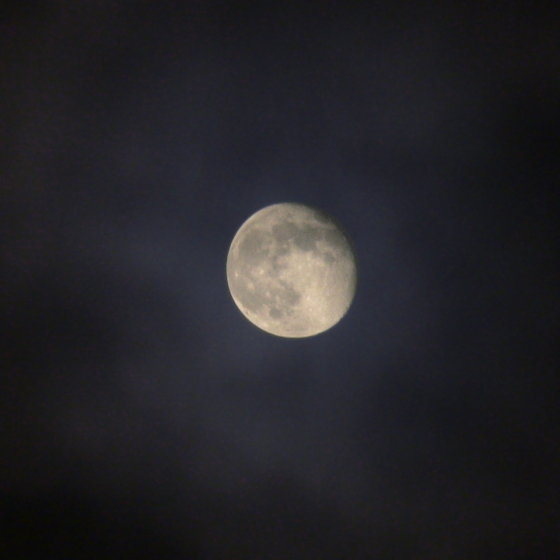 It doesn’t quite do justice to the scene, but it’s not too bad.

Stephen Colbert’s “campaign” seems to be gaining a lot of momentum.  At least a million Facebook users have joined his group, far surpassing similar groups for Obama and Clinton, and it’s all happened in less than two weeks.  I even saw a headline the other day that in an informal survey, 13% of voters said they’d choose him over Clinton or Guiliani.

I’ve said that I’ll vote for him, but then I started to wonder: when it’s time to actually cast a ballot, would I do it?  Would I really write in his name and make it real?  Will others?  Sure, it’s a funny
situation and we can all say “well, I’d rather have him than McCain” or whatever, but I’m curious whether people will stand by that when it’s time to drop it in the ballot box.

Would you vote for him?  Really?

We all know the saga of Senator Larry “I’m Not Gay” Craig, who was caught soliciting sex in a men’s room, pleaded guilty and said he’d resign his Senate seat, then changed his mind about resigning and asked the judge if he could retract his plea. Now, despite the fact that the Republican leadership in the Senate probably wishes he would just go away, he continues his valiant fight to make himself look like an even bigger idiot. Apparently he’s claiming now that the actions he took in the bathroom should be protected under the First Amendment, and therefore his guilty plea is unconstitutional. Voila!

Is it just me, or is this just about the lamest way to drag your career back on track? The guy has no credibility whatsoever– heck, if there was a quantitative way to measure credibility his would probably be negative. And it seems like he and his crack legal team are continually coming up with inventive ways to “undo” his guilty plea. It’ll be interesting to see how this plays out. And I’d bet a large sum of money that the Good People of Idaho won’t be re-electing him for another term.

Yesterday the White House Press Secretary, Dana Perino, was giving a teleconference and mentioned that global warming and associated climate changes are actually a good thing.

Puzzled, one of the reporters in the crowd asked her:

You mentioned that there are health benefits to climate change. Could you describe some of those?

Her answer is stupendous in its stupidity.

Sure. Many people die from cold-related deaths every winter. And there are studies that say that climate change in certain areas of the world would help those individuals.

So she’s saying that because some people die of the cold, having the entire planet get warmer would help those people! Yaaaay! Go global warming!

“You can no more win a war than you can win an earthquake.”

“Only God can make a tree… probably because it’s so hard to figure out how to get the bark on.”

Yesterday it was sunny and 80 degrees: a gorgeous fall day. 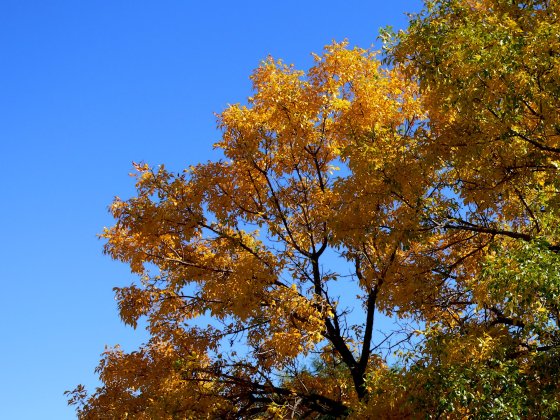 This morning it was 30 degrees and snowing hard. 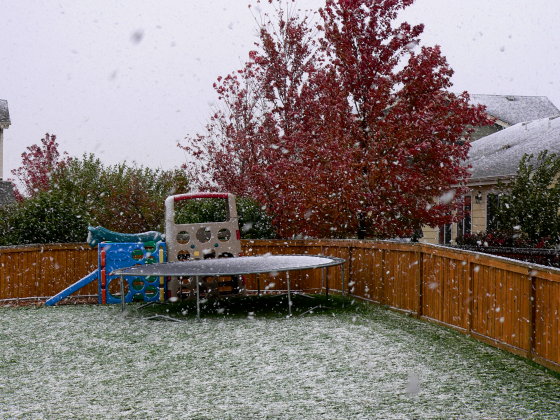 They were the big, fun, fluffy flakes. Naturally since it’s been so mild lately, the snow melted immediately when it hit the ground.

But then it got really weird: in early afternoon the clouds cleared, the sun shone… and still it snowed. 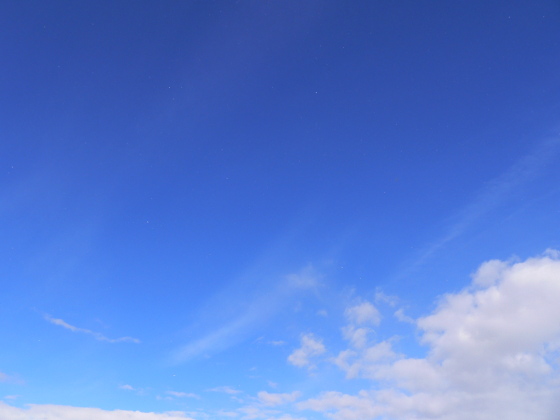 I took a picture of it, but unfortunately you can’t really see the flakes (they were much smaller than earlier). You can see some teensy white dots in the top half of this photo. It was a clear blue sky– some clouds on the horizon– and the snow was falling.

Stephen Colbert officially announced his candidacy for President today. He’s got my vote, and doubly so if Jon Stewart runs as his Vice-President.