My friend Kevin dropped by our ultimate league last night and took a ton of photos of the games. He even managed to catch a few good action shots of me.

Here I’m sneaking a forehand past my defender: 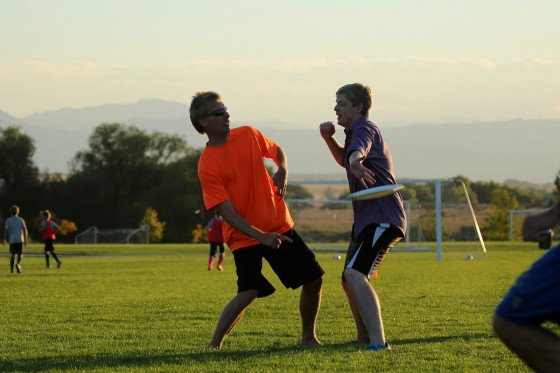 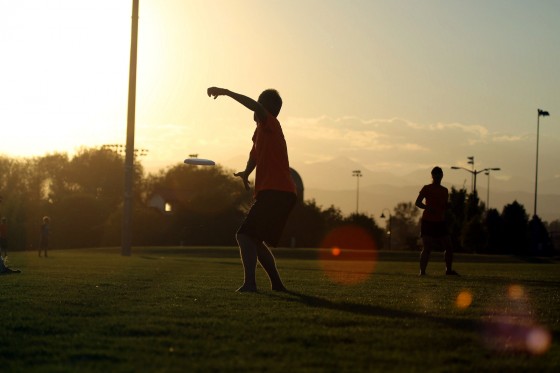 And here’s a nice shot of us heading downfield with a backlit sunset: 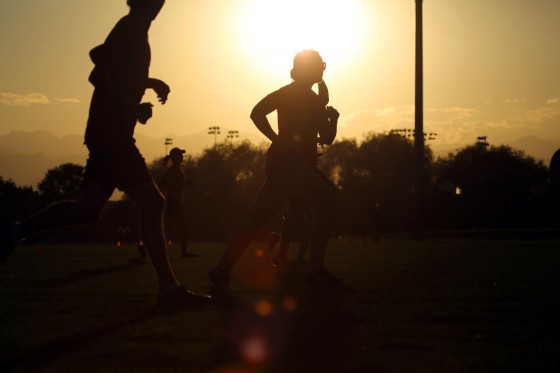 It’s been a great league so far (we’re three weeks into the season) and I love my team. Hopefully we’ll continue to do well.

Hah, I stumbled across this today and it reminded me of my days working in a computer lab… 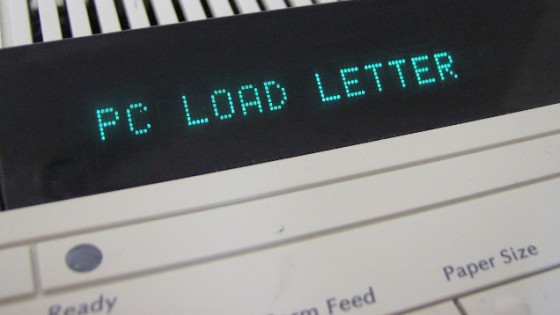 Since no one but computer lab guys knew what this meant, HP finally updated the message so it was a little more clear what was wrong with the printer: 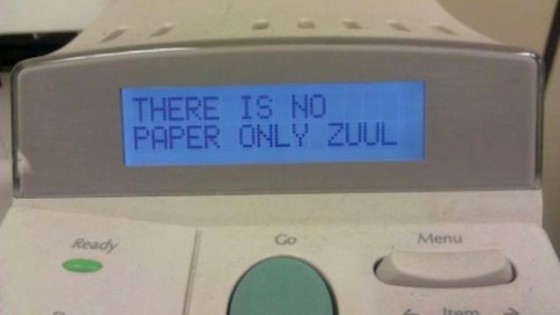 Which only leads to another great 80’s reference, of course.

I found this old photo on my phone… on our California trip, Alex was a bit thirsty one night at the restaurant. 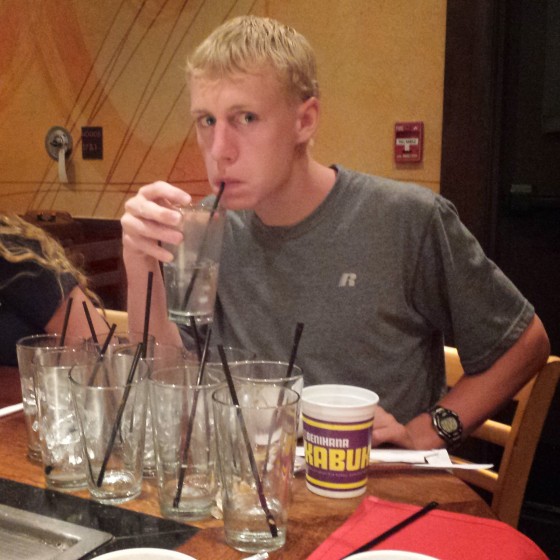 In the middle of a drought in California, too…

The other night I cooked up some homemade hot fudge for my bowl of ice cream. Delish. 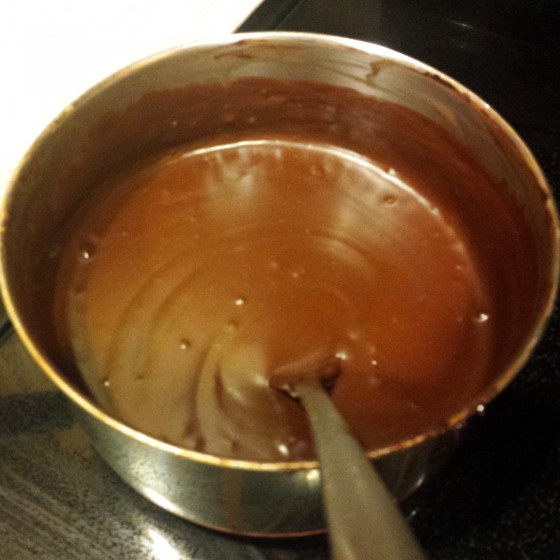 Our latest Zing activity was a Rockies game on Monday night. We had sweet field-level seats right down the third-base line, courtesy of Brian’s work on StubHub: 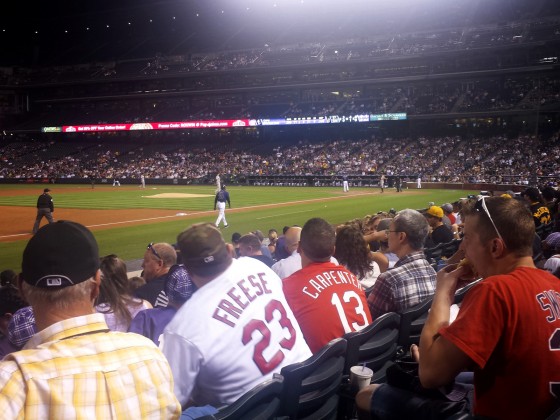 The weather was absolutely perfect, so it was a great night to sit out and watch a game. Too bad the Pirates trounced us– the first batter of the game cranked a home run, and a few batters later (still in the first inning) we watched another home run ball soar into the deep seats. The final was 9-3, but still a good time with the guys. 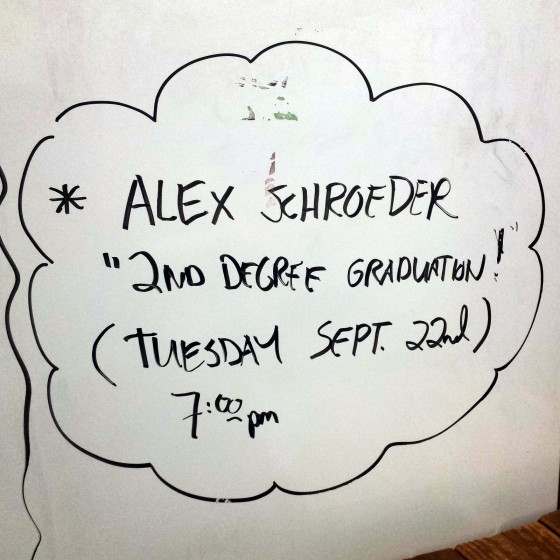 Normally there’s a ceremony where a group of students who are receiving new belt ranks are all presented together. However, since Alex will be leaving the country (and thus the dojo) in a couple of weeks, the instructors decided to test him a little early.

First he was run through the rigors of their fitness regimen, which consisted of a series of push-ups, planks, crunches, jumping jacks, mountain climbers, burpees, bicycles, and holding the “horse position” for a couple of minutes. It was grueling, but Alex never complained. He just said “Sir!” whenever the instructor ordered him to switch to a different exercise.

Then, sweating from that, he had to face three attackers who all went after him. They were all wearing pads, but he wasn’t. He had to demonstrate his self-defense skills as well as his black-belt moves, fending them off as they came at him from three directions.

Apparently that wasn’t enough– the instructor then called up two more people, and Alex fought five attackers at once. Of course he wasn’t going full-bore, since he could have potentially hurt someone, but he did manage to accidentally sneak in a punch against a teenage girl (also a black belt) to give her a black eye.

Afterward, he was exhausted, but the instructor jumped him and they wrestled a bit as Alex fought him off. The instructor is an ex-Marine who’s very skilled at self-defense, and he wasn’t giving Alex any breaks. I’ve participated in some of the classes with Alex, and I can attest that he’s good. He did a great job resisting the attack.

Finally, Alex demonstrated one of his kata. There are different ones for the various belt ranks, and he chose one of the hardest. 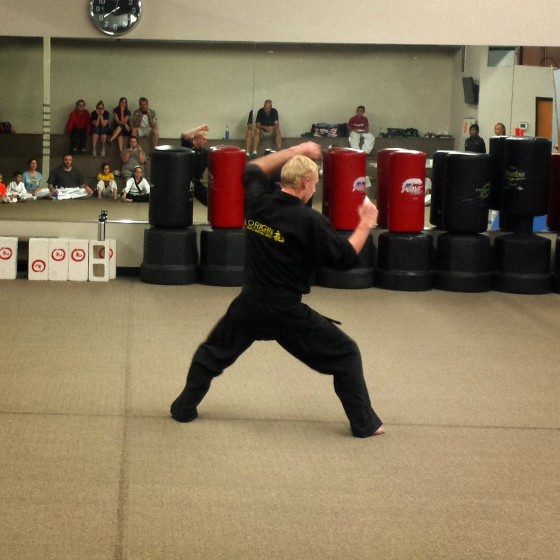 His moves were, as always, very crisp and sharp. He looked good out there.

At last the instructor was satisfied and there was a nice presentation ceremony. Alex received not only a second-degree black belt, but was also given the honor of the first advanced self-defense degree. 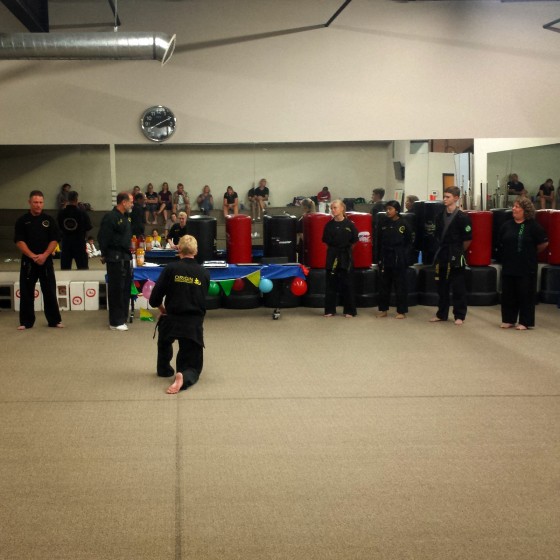 The instructors and several other black-belt students all congratulated him with brief speeches, talking about how dedicated Alex was and how much work he put into these classes. And here he is with his awards and new belt! 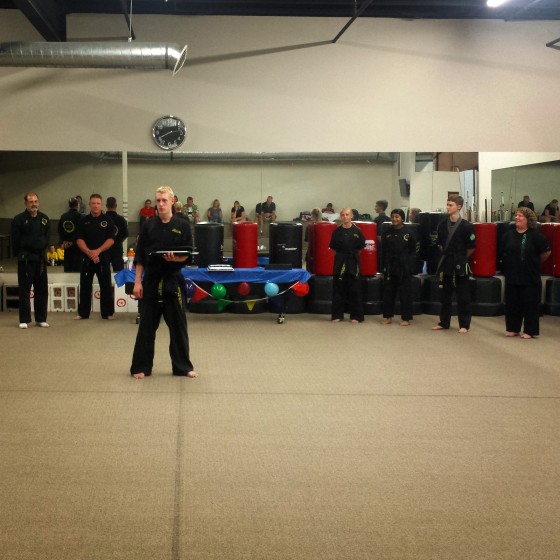 Following the ceremony, we had some cake and punch. Alex cut the cake with a katana (his weapon of choice). 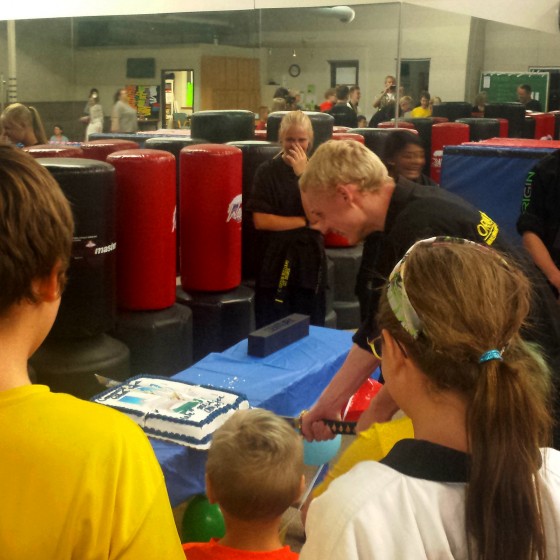 All in all, this was a pretty big deal and certainly a big moment for Alex. He worked hard for six years to earn this, and he’s sad to leave the dojo. I’m really proud of the skills and discipline it taught him.

Get rich playing in a band

My friend Dave went to the bank the other day to deposit a check he’d received from a client for work his software company had done. The check was rather large– tens of thousands of dollars– and he said the teller looked like she was about eighteen. With wide eyes at the size of the deposit, she asked Dave what he did for a living.

Completely deadpan, he replied, “I play in a rock band called Thunk.”

He figures she probably decided then and there to change careers from bank teller to rock star.

It’s completely true, of course: he does play in a rock band called Thunk. In fact, they played to a huge crowd last weekend; here’s a shot. Dave’s on the keyboard on the far left.

About a week ago my friend Jason agreed to take some family pictures for us. He captured some really good ones.

Then there were these. 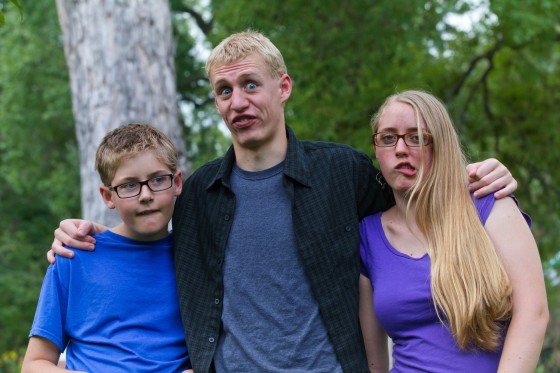 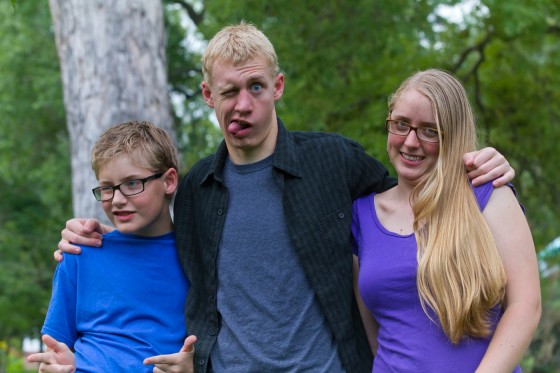 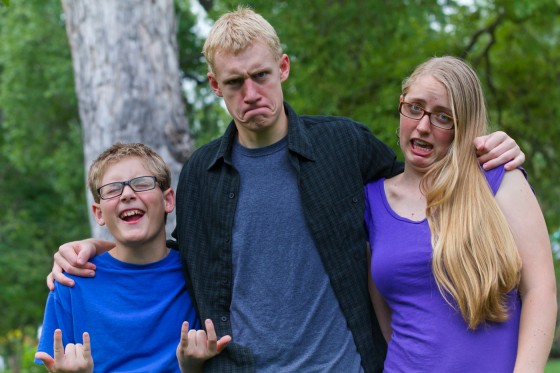 Maybe a year ago, Jason took family photos for our friends the von Niederhauserns, and [insert long story here] they decided to take a “pirate photo”. Here it is: 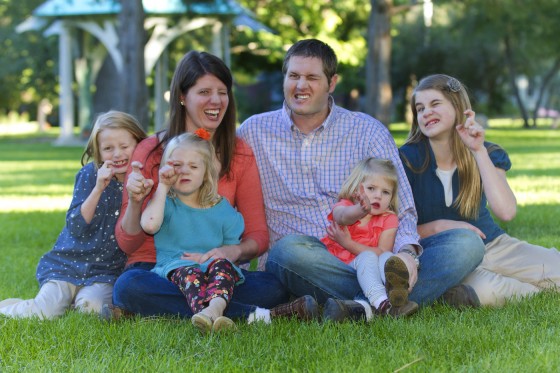 So we did the same, although I think Zack misunderstood “pirate pose” for “Stephen Hawking pose”. 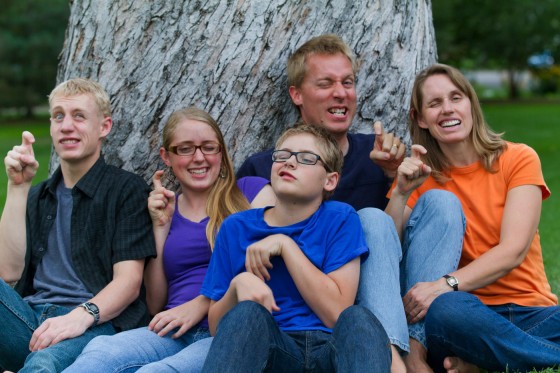 Yep, what an awesome family.

Laralee was watching a friend’s kids the other day, and Zack took a turn with one of the babies. 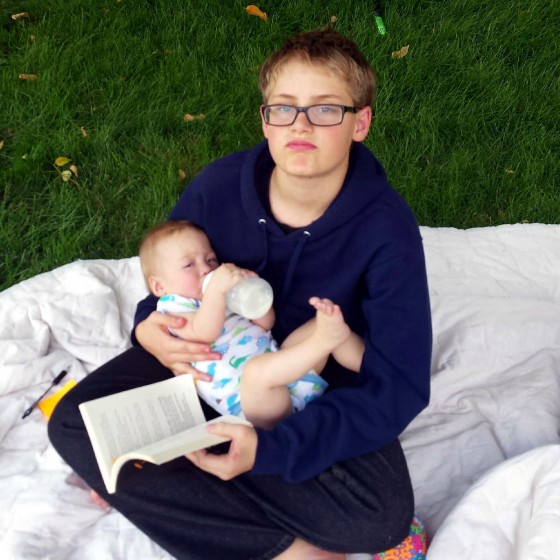 It’s no secret that I abhor insurance companies and their ever-increasing rates, but I just opened a letter from The Hartford informing me about their latest rate increase:

Wow, they can’t even tell me how much it is? Thanks, The Hartford!