Since I put some new spam filters in place on my mail servers, I’ve been receiving only one or two spam messages a day. What a fabulous improvement over the past, but in a way it’s sad not to see all those idiotic notes from Nigerian bankers and whatnot.

In one of today’s sparse messages, I saw this great introduction:

Costless to stock up Rxx to your critical syndrome!
Before 40hrs, it should be reached at your place.
Top medicinal at low-priced.

Buy from us, Get FOC check up.

Wow. So they protect all my “informations” with a security policy! Not a security system, mind you– just a policy. Heaven knows what that policy is; it’s probably something like “We’ll share all your informations with our special partners, associates, and that bum living down on the grate outside our office.”

And I have no idea what an “FOC check up” is, but it sounds painful. Or scary. Or both.

Laralee was doing a crossword puzzle tonight, and asked me who King Arthur’s sister was. I had no idea. She turned to Alex and asked him, and he promptly said her name was Morgan le Fay.

And he was right. Now Laralee has a new source for crossword answers, apparently. I have failed her for the last time. 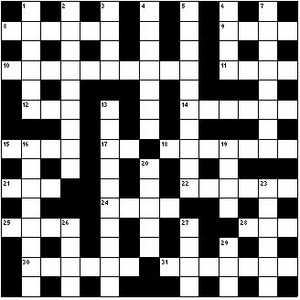 Given the raging debate about intelligent design, this was too funny not to post here… 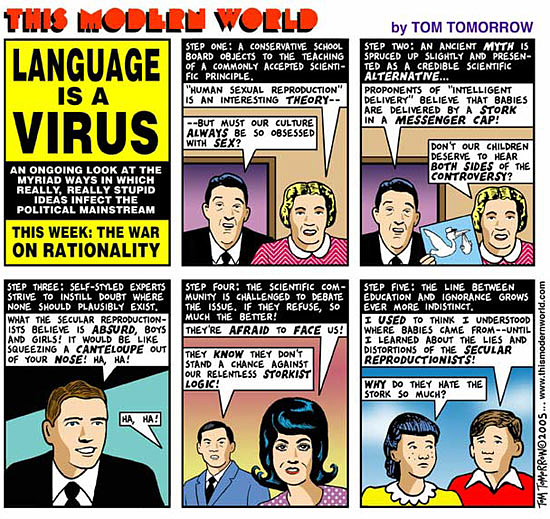 “Take me to your leader, Earthling!” 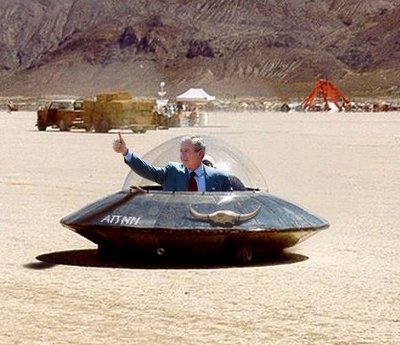 I’m filing my quarterly business taxes today. As if it’s not enough fun to see how much money I’ve given to the Gov over the past three months, when I seal everything in the envelope I find that the lick-strip (what do you call that part, anyway?) tastes absolutely horrible.

I mean, it’s bad enough to be mailing anything to the IRS… can’t they at least make the envelope taste like raspberry or bubble-gum or something?

As hurricane Rita bears down on Texas (expected to hit land Saturday morning), an unprecedented situation is playing out on the highways. A month ago when people were told to evacuate New Orleans in the face of hurricane Katrina, many didn’t heed the call. Now, after seeing what happened there, residents of Houston are paying attention and packing their cars.

However, as they evacuate north along a couple of major highways, they’re faced with a problem the likes of which hasn’t been seen: traffic jams that are literally a hundred miles long. Cars are overheating or just running out of gas as people sit on the road waiting to get out of the city. I’ve read stories of people who spent twelve hours on the road, and never even got out of Houston itself. Wow.

The hurricane approaches, and people are now turning around– it’s better to face the incoming storm in a house than in a car, I suppose. There are concerns amongst the Texas government that people will literally die on the evacuation route because they won’t be able to get anywhere.

The past few weeks have certainly seen incredible and tragic situations. Politics aside, this is a time when all of us need to look long and hard at our own situations: if faced with a disaster of this magnitude, what would you do? And the government, trusted with the safety of its citizens, must examine its own policies to determine what might be done to avoid this sort of nightmare in the future.

I just got off the phone with a woman running a survey for “small business enterprise software developers”. I told her I didn’t have much time to spend on surveys, so she agreed to read the questions really quickly. And hoo boy, did she. She was talking so fast I could barely keep up– but she held to her promise that it would take about ten minutes; at “normal” speed I imagine it was at least a half-hour survey.

The questions were interesting, focusing on what software development tools and processes I use, and I noticed very quickly that about half of them dealt with Microsoft products. It was almost comical because I had to rate– on a scale of 1=”don’t use” to 5=”expert”– my knowledge of each. The conversation went something like this:

This went on for a while. Then the golden question: how do you develop your applications? I had to answer that I just wrote them all by hand. (Aside– vi rules!)

Things got more fun when I had to evaluate how much agreed with statements like:

I think I actually snort-laughed on one of them because it was so obviously fishing for a Microsoft compliment. I told her everything I do is on Linux, uses Apache and other open-source software, and is hand-coded.

In the end, I suspect my answers skewed the entire result-set quite nicely.

Avast! All ye landlubbers must know that today be Talk Like a Pirate Day!

It was fun to walk into this morning’s meeting with a client and bellow, “Arrr! Top o’ the mornin’ to ya, lads!” But I must say that my new Ergonomic Keyboard for Pirates is making it hard to do my work today… 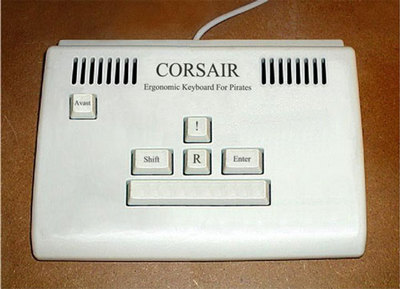 A new policy drafted by the Department of Defense (yet to be approved by Secretary Rumsfeld, but the chances of a veto are low) gives President Bush the authority to order a pre-emptive nuclear strike. Previous nuclear policies only permitted responsive attacks– such as when enemy bombs are on their way. Despite what I think of nuclear weapons in general, the fact is we have them (tens of thousands of them, in fact!) and so do some others. A policy is certainly needed, but a pre-emptive capability in the hands of Bush could be a very dangerous proposition.

The first example listed in the new policy is a nuclear strike against an enemy “using or intending to use weapons of mass destruction” against the U.S., it’s allies, or other civilian populations. Sure, I think governments or Bad Guys who are planning to do that should be shut down– and hard. But let’s recall how firmly George and his cronies believed Iraq had WMD’s. They were absolutely convinced of it. Had this policy been in effect then, I wonder if Saddam would’ve been incinerated in a nuclear fireball instead of captured in a bunker?

One man should never have this kind of power, especially if that man is George W. Bush. 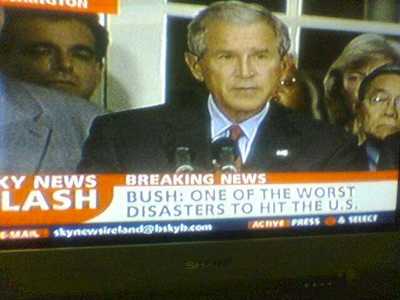