Why sit on the couch to play video games when you can sit on two huge Dell server boxes? 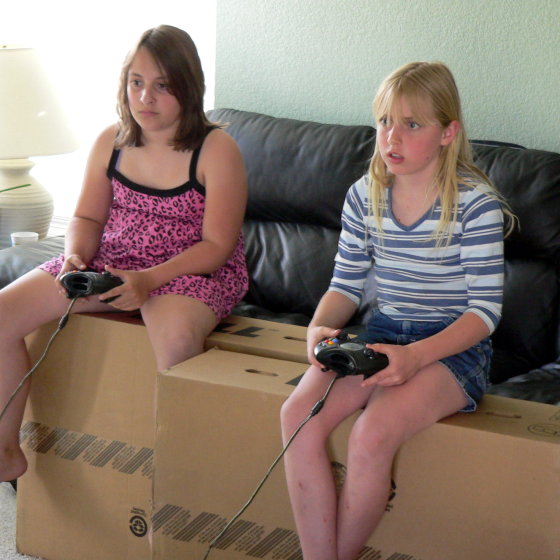 Observation: When I buy a half-gallon of ice cream and a jar of hot fudge, there’s never enough fudge to last through the entire half-gallon.

Theory #1: There’s a vast international conspiracy to make disproportionate amounts of fudge and ice cream, so you’ll never be able to get through a half-gallon and have enough fudge for all of it. (This would be similar to the Hot Dog Bun Conspiracy, where buns come in 8-packs whereas dogs come in 10-packs.)

Theory #2: I put too much fudge on each bowl of ice cream.

A huge random box showed up on our doorstep today. 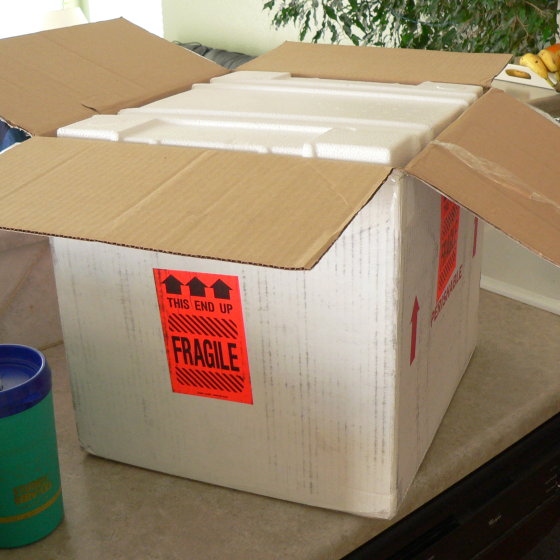 Inside was a bunch of dry ice, steaming nicely in the warm spring air, and…

… a bunch of cakes, tarts, and mousse! That’s right– mousse. How cool is it to get a bunch of frozen mousse delivered to your door?

Of course this is another care package from a happy client of mine: in this case it’s Galaxy Desserts, makers of various delectable sweets. Awesome.

The other day Alex was playing on the trampoline and somehow (it’s still not clear to me how) he swung down below it and slammed his face into one of the metal supports. It blew a chunk off his front tooth. 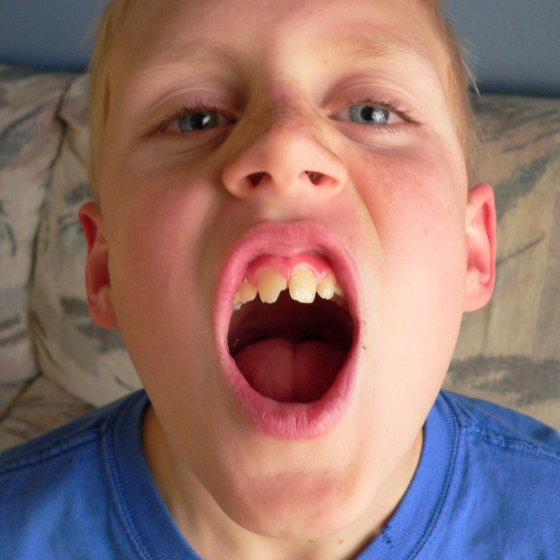 So now I call him Chip, which he doesn’t think is nearly as funny as I do.

Laralee and I just finished watching the movie Rendition. If I had to use a single word to describe it, I would call it “powerful”. The message it conveys is delivered with the subtlety of a freight train, but that doesn’t make it any less thought-provoking. Highly recommended viewing.

From a funny online post about how ABC might have run the Lincoln-Douglas debates back in the day:

LINCOLN: In my opinion, slavery will not cease, until a crisis shall have been reached and passed. “A house divided against itself cannot stand.” I believe this government cannot endure permanently half slave and half free.

STEPHANOPOULOS: Excuse me, did an Elijah H. Johnson attend your church?

LINCOLN: When I was a boy in Illinois forty years ago, yes. I think he was a deacon.

STEPHANOPOULOS: Are you aware that he regularly called Kentucky “a land of swine and whores”?

LINCOLN: Sounds right — his ex-wife was from Kentucky.

STEPHANOPOULOS: Why did you remain in the church after hearing those statements?

LINCOLN: I was eight.

DOUGLAS: This is an important question George — it’s an issue that certainly will be raised in the fall.

STEPHANOPOULOS: Do you denounce him?

LINCOLN: I’d like to get back to the divided house if I may.

I’m wading through some PHP programming code written by another company, because I’m replacing it with my own (vastly superior) programming. Apparently they have some speling problems:

Maybe they’re big Lord of the Rings fans, and when they heard “column” they thought of Gollum, and ended up with “collum”…

New figures suggest that 92.3 percent of all e-mail sent globally during the first three months of 2008 was spam.

Spammers… we hatessss them, yesss!

Is spring here? Or what?