Today the Senate passed S3930, which legalizes many forms of torture and gives the government the right to detain anyone who is suspected of terrorism indefinitely. The highlights– or rather lowlights– of the bill include no less than the following horrors:

All of these things– every one of them— are direct contradictions of existing American law. They completely revoke many of the rights citizens of this country have had since its founding, and in fact redefine the legal system in a way that’s comparable to the days prior to the Magna Carta (which codified, for the first time, the right to a fair trial). Even the Alien and Sedition Acts pale in comparison to the sweeping oppression seen here. This is, in a word, tyranny. We now live in a place where the government can imprison anyone for as long as they want– without even having to provide a reason.

The Constitution itself says this:

The Privilege of the Writ of Habeas Corpus shall not be suspended, unless when in Cases of Rebellion or Invasion the public Safety may require it.

Our country is not in rebellion (yet)– the only time in our nation’s history when habeas corpus was suspended was during the Civil War, when there was open rebellion, and President Lincoln decided it was necessary to do so. It is a great stretch to believe we are being “invaded” or that the public safety, in general, is being threatened to such an extent that a measure of such magnitude is the only option.

Supreme Court Justice Scalia is on record as saying:

The very core of liberty secured by our Anglo-Saxon system of separated powers has been freedom from indefinite imprisonment at the will of the Executive.

Indeed, we have now abandoned that… we have discarded the “very core of liberty” in the name of an impossible war being fought against an ideology.

It’s difficult for me to express my outrage and, indeed, profound sadness at this monumental injustice. In a single day we have gone from a nation where freedom and justice for all were fundamental rights– as stated in the closing phrase of the Pledge of Allegiance– to a nation where the irrational fear of terrorists has driven our lawmakers to the extreme and convinced them that a fair trial has no place in our system of law.

If there was ever any question about whether the terrorists have won, this is the answer. They have won in an unprecedented way. They have caused our country to abandon its most basic principles.

America as we have known it is dead. 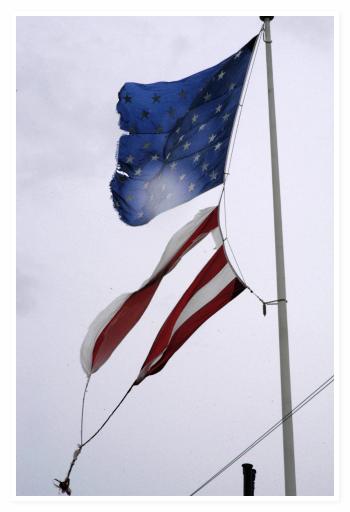 I keep expecting the weather to turn into that crummy fall stuff, where it’s sort of grey most of the time, and there’s a cold wind that picks up occasionally. But for some reason, it’s been absolutely gorgeous for the past few weeks. It’s been sunny, and the temperature has hovered in the 70’s– which I always believe to be the perfect outdoor conditions.

Thus, my lunchtime ultimate games have been fabulous. With some nice warm sun and no wind, the conditions are ideal. I find myself wishing we played more than just twice a week, because I know the weather won’t last, and I want to get in as much game time as I can while it holds. Then again, it’s a real distraction from work (sigh) so maybe it’s for the best.

The scary thing here (besides the t-shirt) is that I actually took a Pascal class in college. 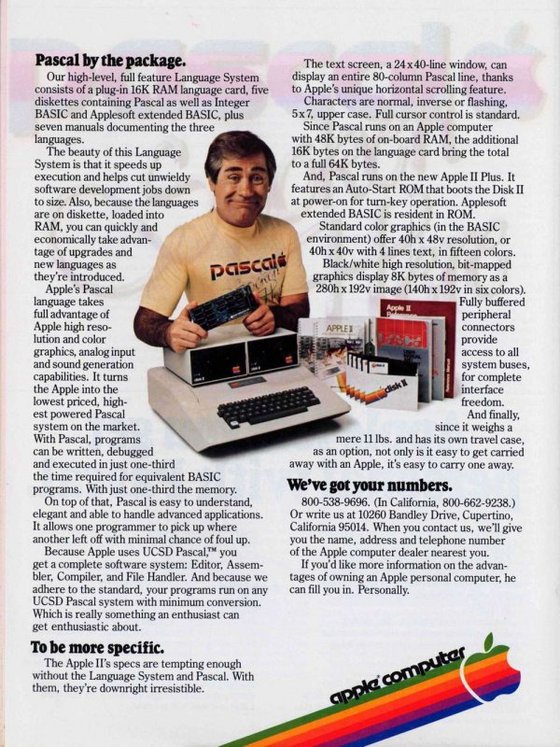 At lunch today I was talking with Craig and Rick and we decided that it’s not the technology that matters; it’s the marketing. Take, for example, the recent rumors that Yahoo is going to buy the Facebook web site for around a billion dollars (yes, that’s a “B”). Looking at Facebook, you don’t see anything particularly exciting or innovative. In fact, as far as the so-called “social networking” sites go, it’s pretty humdrum. It’s not the most popular, it doesn’t have the most features, and honestly I’m just not sure what makes it worth nine zeroes.

I’ve got technology. It’s coming out of my ears. I’m fast, capable, and innovative when it comes to building web sites. I haven’t yet met a customer who presented me with an impossible challenge in web technology. In fact, given a few weeks of dedicated time, I could probably build Facebook. And yet no one is offering to buy my web sites for a billion dollars.

Why? Because I don’t have any marketing juju. I’m a terrible marketeer, I’m a terrible sales guy, and in general I haven’t got the foggiest clue how to go out there and sell my goodies. All of my business is via referral– which is great, don’t get me wrong– and I’ve never once landed a job by simply calling someone or sending an unasked-for proposal.

So I guess if I want to make a bil, I need to find a marketing genius to help me. 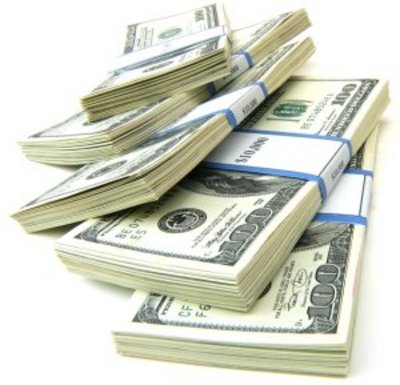 Today the president said this to the people of Iran:

Your rulers have chosen to deny you liberty and to use your nation’s resources to fund terrorism and fuel extremism and pursue nuclear weapons.

This sounds eerily familiar. Let me think… where have I heard that before? Didn’t we go through this about five years ago? But wait, there’s more:

We look to the day when you can live in freedom, and America and Iran can be good friends and close partners.

Gee, that sounds like a nice, friendly big brother ready to put an arm around the Iranians and protect them from the bullies. Just like we did with Iraq. It’s sure nice to have a big brother like George Bush.

In celebration of Talk Like a Pirate Day, I eschewed my usual bandanna for today’s ultimate game in favor of a full-on black cloth that flowed in the wind behind me. Had I cut eyeholes into it, I’m sure I would have looked like the Dread Pirate Roberts from The Princess Bride.

The Bionic Woman is real.

Claudia Mitchell, a woman who lost her arm in a motorcycle accident two years ago, has a bionic arm that she controls via thought. It’s wired to muscles in her chest, and she’s able to move it just as she moves her other arm. She can even feel heat and pressure in her hand, and a year after receiving the arm she is able to peel an orange.

Consider a few quotes from the President:

We are also there because there are great stakes in the balance. Let no one think for a moment that retreat would bring an end to conflict. The battle would be renewed in one country and then another. The central lesson of our time is that the appetite of aggression is never satisfied.
There is no single battleline which you can plot each day on a chart. The enemy is not easy to perceive, or to isolate, or to destroy. There are mistakes and there are setbacks. But we are moving, and our direction is forward. I think I reveal no secret when I tell you that we are dealing with a stubborn adversary who is committed to the use of force and terror to settle political questions.
This is a war of unparalleled brutality. Simple farmers are the targets of assassination and kidnapping. Women and children are strangled in the night because their men are loyal to their government. And helpless villages are ravaged by sneak attacks. Large-scale raids are conducted on towns, and terror strikes in the heart of cities.

But it’s not President Bush– it’s President Johnson, speaking of the Vietnam War in the late 1960’s. Interesting how he paints a picture of a terrorist enemy who is brutal, barbaric, and requires unprecedented measures to defeat. One could easily make that argument for every enemy the United States has ever faced.

Yet today we hear about how The Terrorists are so much worse than all of the enemies we’ve ever faced, how the government needs extraordinary powers to stop them, how we as citizens must steel ourselves for a war that may never end, how we must always be standing ready to sacrifice our rights and our freedoms in the name of the cause. Why is today’s war any worse than those of the past? How are the al Qaeda fundamentally worse than the Viet Cong?

The only difference is that, for the first time, we have a President who claims that America is too weak and ineffective to defeat those enemies while adhering to our defining values and a superior set of civilized norms. George Bush is the first President, certainly since World War II, if not ever, to claim that we have to become the enemy and to descend to their barbarism in order to protect ourselves. What is new and unprecedented is not the enemy we face, but the fundamental and depraved changes to our national character which the President insists we much accept in order to win.

The weather has been absolutely fantastic lately– perfect for ultimate. Today’s game was a great one. We play games to seven points, and in today’s game the scoring went something like this:

So it was down to the last point, and everyone was tired because it was a tough game. After a few minutes of play, we had possession and I broke deep. I left my defender far behind me, and the throw came. It was a long bomb– probably a fifty-yard pass– but it was fading deep to the back corner of the end zone. I shifted into high gear and sprinted for all I was worth. The disc kept fading, and I knew I wouldn’t make it. I dove, but it was a foot out of reach. Dang.

The game continued for perhaps another five minutes or so, with possession trading back and forth crazily. There were amazing defensive plays, a few lucky passes, and it was anyone’s contest. I love that kind of ultimate– everyone is playing to their maximum ability, everyone is absolutely exhausted, but everyone knows they only need the one break to win the game.

Finally, I got the disc at about half-field and saw one of my teammates cutting across the end zone. I threw a forty-yard pass that curved exactly the way I wanted, and he met it near the sideline. Score, game over.