A couple of weeks ago, as a joke, I suggested to a bunch of friends that we get together and play dodgeball. I hadn’t played since college (junior year, as I recall) and thought it would be a hoot to get a group together and relive those glory days.

So we got about a dozen people, eight or so Nerf soccer balls, and played. It turned out to be a heck of a lot of fun– more than any of us expected, I think. I imagine everyone was like me: it would be a funny evening and we’d goof off for an hour. But in the end everyone was saying how much fun it had been, and when were we going to do it again, yada yada.

I organized a second game… then a third. More people were showing up, including wives and even a couple of the guys’ kids. It’s turning into quite the event. We’re playing again this week, and expect to have a few more new players.

The moral of the story, I guess, is that sometimes it’s just plain fun to relive your childhood. 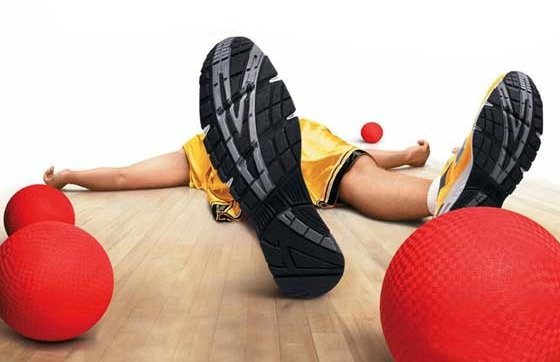