Ultimate is such an awesome game because even when you lose, you have a great time. Or at least I do.

We played a double-header tonight in Boulder, and we were up against one of the top teams in the league. They’ve been crushing all of their opponents, and although we lost we held the score pretty tight the whole game. Then we played one of the weaker teams, who came on strong in the first half and managed to eke out a victory because we weren’t able to recover in time (eventually losing by one).

Yet despite that, both games were a ton of fun. I knew many of the players on the teams, and we were constantly joking and heckling each other during the game (“He’s got nothing!” or “What was that throw?”), and mingling on the sidelines talking about this play and that throw.

All in all, it was a nice summer evening enjoying time with friends and getting some exercise. It doesn’t get much better. 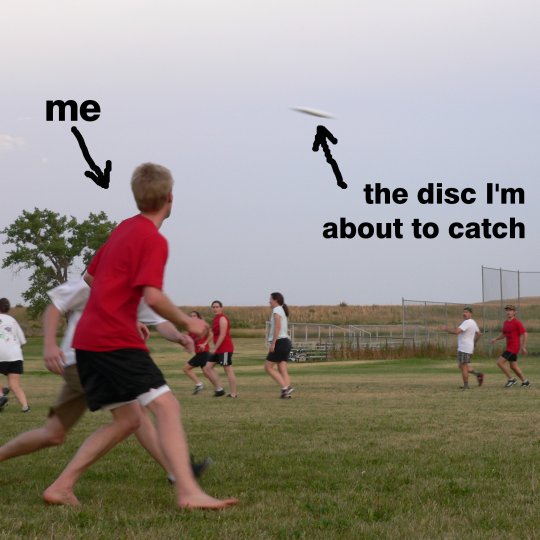