Kyra, Zack, and I played a game of Monopoly this morning. It’s so funny to watch Zack snap up properties– he’s particularly interested in the railroads, and for this picture he wanted to show off the fact that he owned three of them. 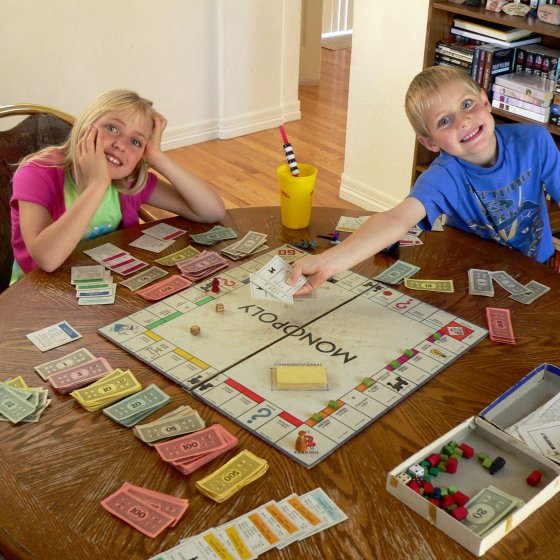 The really cool thing about our Monopoly set is that it came from my grandma’s house, and I’m pretty sure it dates back to the early 1940’s. (The game itself was first published around 1935.) So all of the pieces are wood, and the money is so old that it doesn’t even feel like paper any more– it’s has the feel of a soft (but somewhat brittle) piece of cloth. It’s pretty interesting to think that these playing pieces are almost seventy years old, and that they were used by my dad and his friends when they were kids. 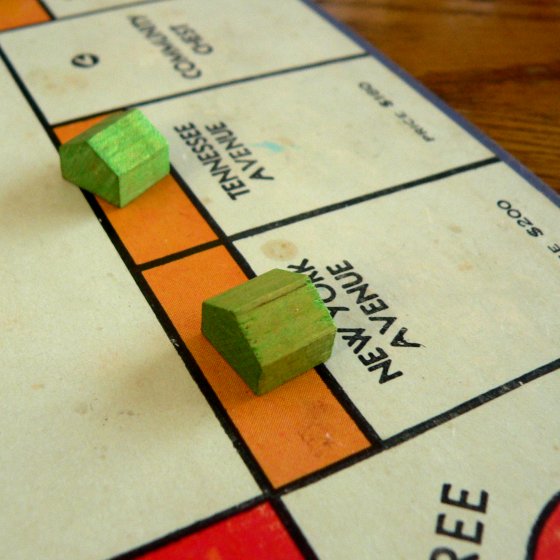