Here’s a nifty thing: a graphic depicting the frequency of words that President Bush used in his State of the Union address the other night. The bigger the word, the more times he said it. 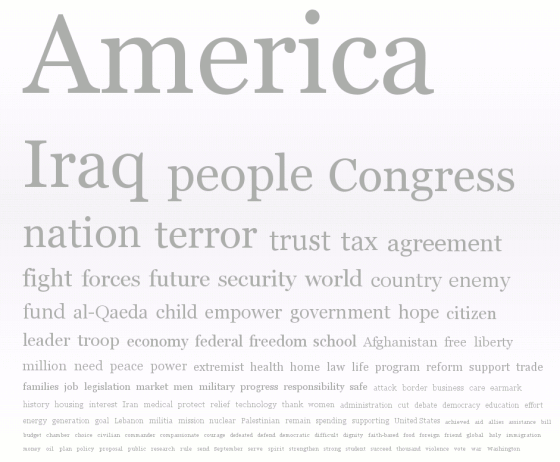 I was surprised “terror” only showed up 23 times– that’s probably a new low for him. Not surprisingly, “Iraq” was the second most common word in his vast vocabulary. And of course “al-Qaeda” ranked much higher than “child”, “hope”, “liberty”, “peace”, “reform”, or even words (which are only barely visible here) like “compassionate”, “strengthen”, and “succeed”.