Zack and Alex have been asking for months if we can play “that game with the little figures”. They’re talking about Axis and Allies, of course, which has a gazillion miniature tanks and fighters and battleships. So today, at long last, we pulled out the game and played it as sort of a birthday party for me. 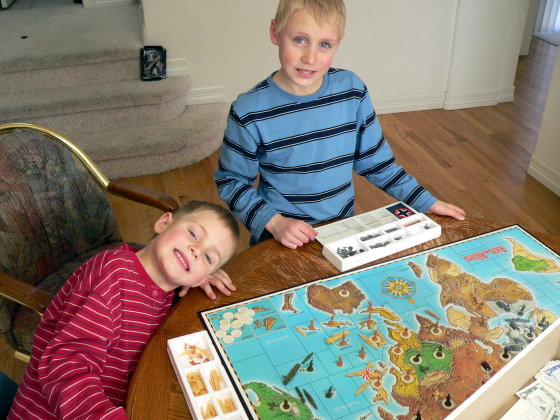 I warned them that a full game of A&A takes about five or six hours, so most likely they would get bored pretty quickly. Also, it’s fairly complicated and probably not really intended for a six-year-old. But we pressed forward, spent about forty minutes sorting the pieces and setting up the board, and then started playing.

They lasted two turns and were ready to call it quits and go outside to jump on the trampoline. Honestly, that’s about one turn more than I expected.

So I guess we won’t be playing A&A any time soon, although one of these days they’ll be old enough (and patient enough) and we’ll have a good time. 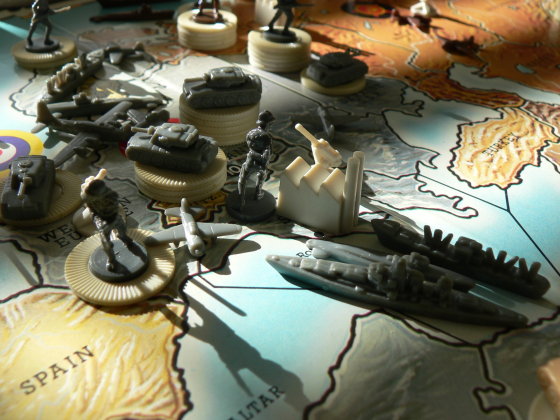