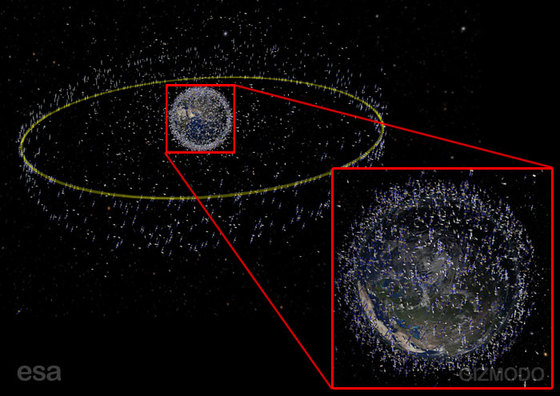 Of course it seems amazing that there’s so much junk flying around up there. But I’m not very surprised, because I did exactly this back in 1998 or so.

Those were my days at Raytheon Space Systems, where I wrote (amongst other things) software to do orbital analysis and 3D visualization of satellites. For fun, I decided to get the full catalog of satellites from all countries and drop their orbital information into the simulation. The result was a graphic almost identical to the ESA one shown here.

Strangely, I didn’t get the same press they’re getting now. I guess it’s because I was just a brilliant but somewhat quirky analyst working in the bowels of an aerospace giant instead of a multinational space agency. Go figure.