Slate just published a handy chart showing five of the high-profile scandals that have taken place during Bush’s reign in office. It makes a nice Venn diagram because several of the players are implicated in multiple scandals. 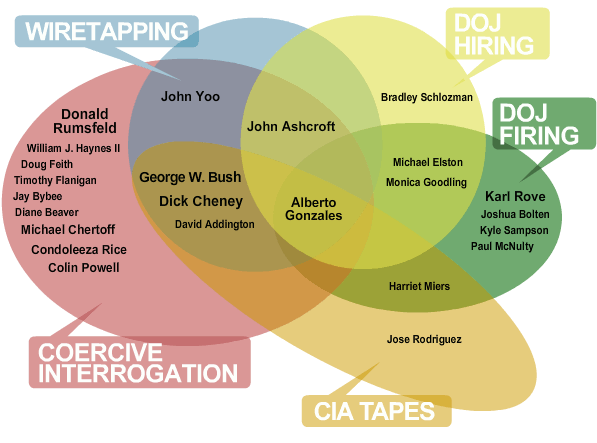 Although Bush and Cheney played major roles in several of the issues, it’s Alberto Gonzales at the heart of it all– he was involved in every one.