I’m on some kind of goofy retro computer game kick, where I’m figuring out how to install and play those silly computer games from my childhood. Back in the 80’s, when we had an Apple IIe, I was such a geek it was breathtaking to behold. 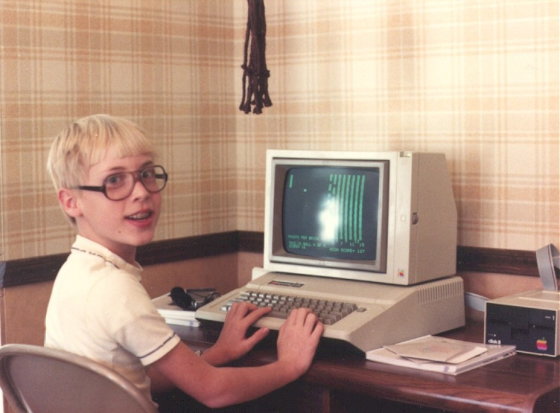 That’s me playing Brick Out, which was provided gratis with the Apple, probably to demonstrate its amazing low-resolution graphics capabilities. I later wrote my own version of the game, just to test my programming skills.

As time went on, I expanded my game library on the Apple. A perennial favorite was Night MIssion Pinball, which provided countless hours of entertainment for Dirk and me. So today I figured out how to get that classic game working on my Linux laptop. 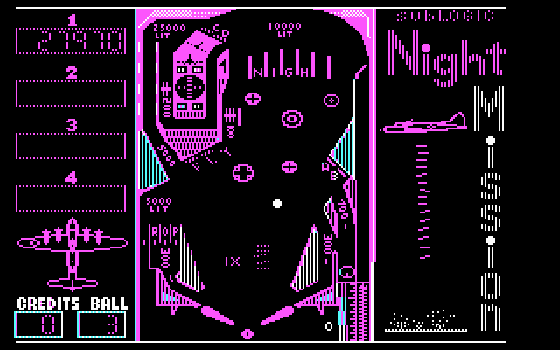 Woo hoo! There’s nothing quite like four-color CGA graphics and 1-bit sound cards. But hey, that’s the kind of debris you’ll find on a trip down memory lane.