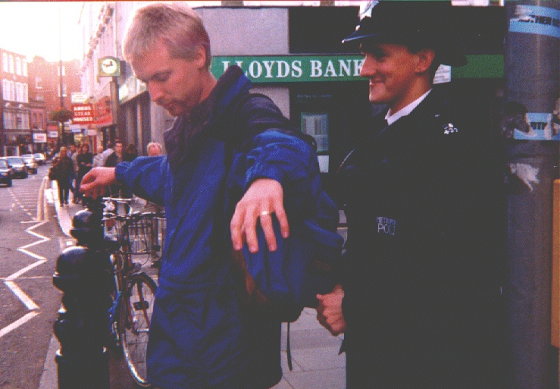 When I went to England I tooled around London for a while and had a great time. Since I thought the police over there have such fun hats, I asked a pair of them if they’d take a picture of me being searched. They laughed and did it.

As of today, if I tried to do the same thing I’d be arrested– for real– under terrorism charges. Yes, that’s right: Great Britain, in its quest to be even more draconian than the United States in finding endless ways to “fight terrorism”, has just passed a law making it illegal to photograph a police officer or military personnel.

What is the world coming to when you can’t even snap a shot of a bobbie patting you down?