After the tragic and unexpected death of our TV, I thought it would be fun to rip it open and tear out the guts. In addition to being a great activity for the boys, I figured it would also make it a little easier to dispose of the 300-pound beast.

So we started by dismantling the screen and the huge three-by-four foot mirror inside, then going to work on the circuitry. The frame of the TV was made of sturdy (heavy!) half-inch particle board, but it turned out to be mostly empty space.

After unscrewing about a hundred screws and clipping some pretty heavy-duty wires, the boys managed to yank out the projection guns: 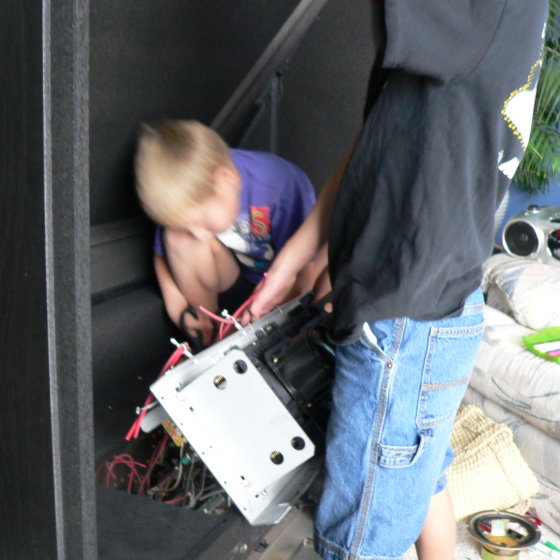 There were three of them– red, green, and blue– and each looked like either a futuristic weapon or a 1950’s-era vacuum tube or piece of ENIAC. 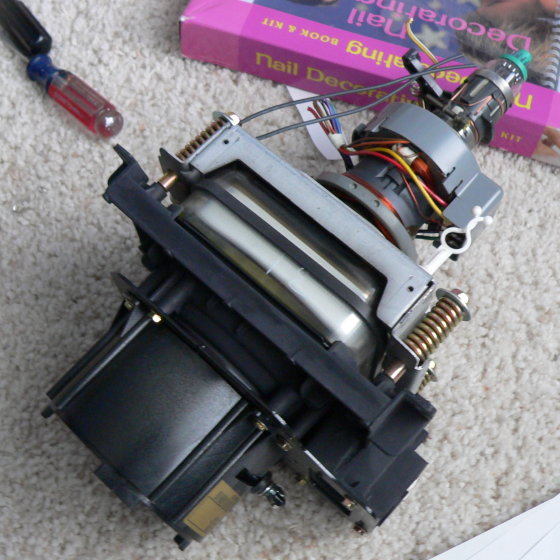 After tearing off the back panel we were able to get at the exciting variety of electronic components inside. I was a little worried about some high-amp capacitor in the works somewhere (like old cathode-ray televisions have) but nothing electrocuted us. 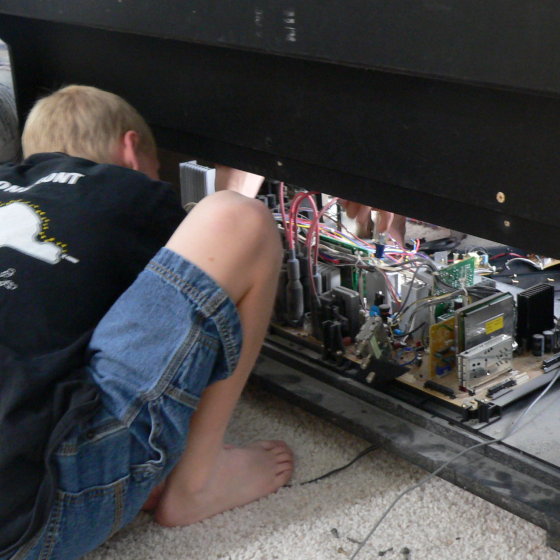 In the end we had a living room covered with electronics, and then Laralee and I wheeled the now-empty frame out to the driveway where we smashed it with hammers so we could load all of the pieces into the van for disposal in a dumpster at my office.

That was a good TV, lasting us ten solid years. Rest in peace.