We’ve been without a pet for a bit over six months now, and Kyra’s been making her case for why our family needs a little critter running around. Finally Laralee and I relented, and yesterday I took the kids down to Westminster so they could pick out some rats.

Apparently they do best if there’s at least two of them– solitary rats aren’t very happy or healthy– so we decided to get three so each kid has one of their own.

Zack picked the biggest one and named her Chocolate: 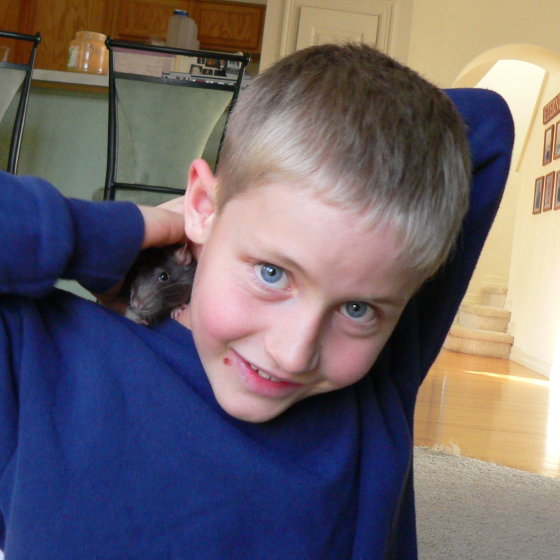 Alex’s is sort of medium-sized and named Coconut: 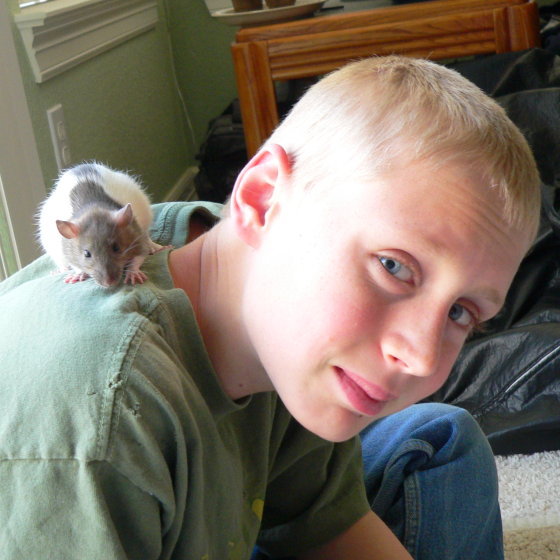 And Kyra picked the baby (about the size of a mouse) and named her Bella: 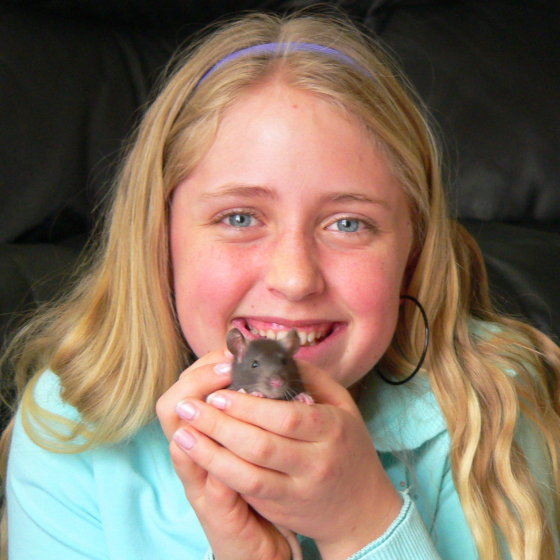 We picked up a decent cage for five bucks via Craigslist (which sure beat the hundred-dollar cages at the pet store!) and stocked it with a wheel, some boxes, a little hammock, and a bowl of rat pellets. Yum!

So far they’re actually quite fun. Who woulda thunk?