Today I finally had a chance to throw our copier out the window.

It’s a great copier, but it broke about two and a half years ago and despite my best efforts, it was simply irreparable. So we bought a new copier for Laralee’s office, and the broken one has literally been sitting on the floor beside it for all that time. I kept meaning to chuck it out our second-story bedroom window onto the driveway, but the time never seemed right.

With the impending hardwood floor upgrade to our entire downstairs, we’re in the process of moving everything out of the office (including the mammoth six-hundred-pound desk La uses). It just doesn’t make sense to move a broken copier and then move it back in when the hardwood is installed. So the time had come.

Everyone gathered on the driveway while I maneuvered the copier into the open window. Alex took pictures on repeat mode while I tossed it, but unfortunately they ended up completely blurred out because he forgot to focus. The copier actually didn’t sustain much damage on the first toss, so we went for a second throw with Laralee taking the pictures. Unfortunately you can’t see the magnificent end-over-end spin I put on the copier, although it hits with a nice solid bounce.

Toner blew up everywhere and plastic parts managed to scatter across the entire driveway. Awesome. 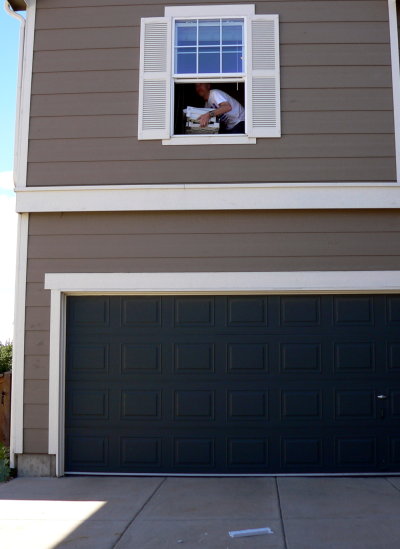 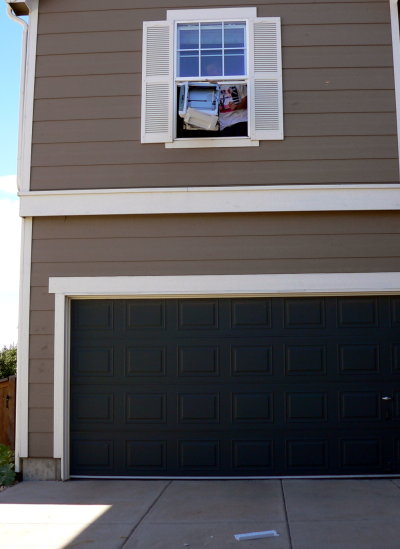 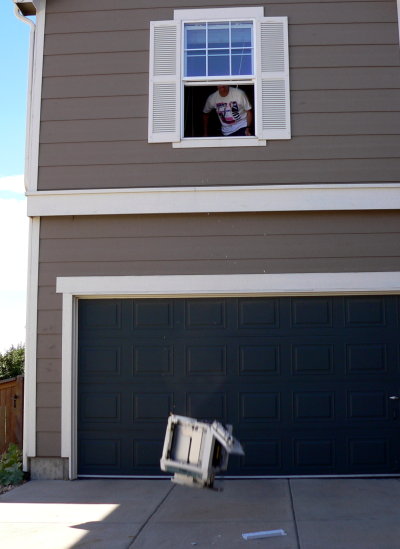 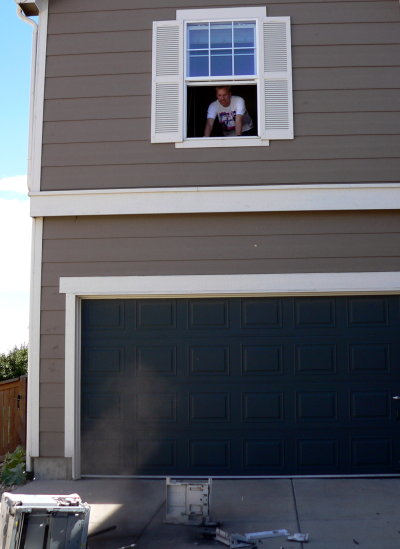