What I’ve found interesting is that not many people know about the legend of the star on the Tootsie Pop wrapper. Each pop has a printed wrapper with little pictures of kids playing sports or whatever, and every now and then you’ll find one with a little Native American boy shooting his bow and arrow at a star. 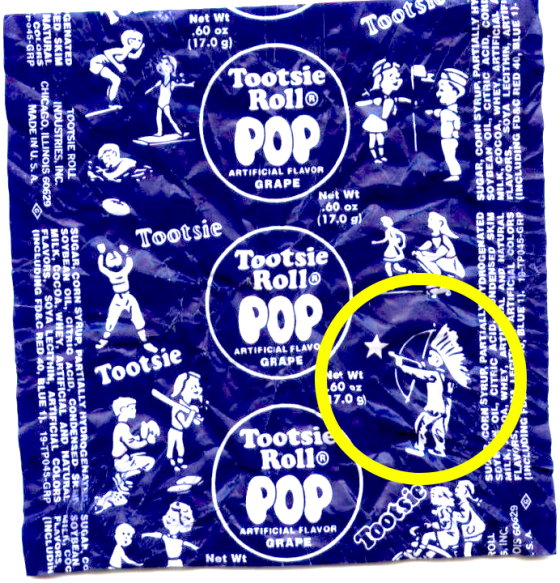 I don’t know the percentages, but not every pop has the star. It’s maybe one in five. You can’t really tell before you unwrap the sucker, because the paper is all crinkled around it. So it’s sort of a crapshoot whether the one you’ve picked from the box has a star.

The legend is that if you get one with a star, you’ll have good luck. In the distant past, there were even small drugstores and corner groceries that would give you a free Tootsie Pop if you brought in a wrapper with a star. I never experienced this personally– probably because there weren’t any mom-and-pop groceries nearby when I was growing up. But I have friends who tell that story from experience.

I guess they’re not teaching today’s kids about the star. Or maybe you have to grow up in a certain part of the country. Whatever the case, maybe one in ten people I tell about my sudden deluge of Tootsie Pops knows what I’m talking about when I mention the good luck star. Go figure.