I’m working on a project for a client, and the primary users of the web site will be on an iPad. The site is supposed to behave much like an “app” (although it obviously won’t be a native code app). It’s a fairly substantial project, so I decided that in order to be most effective, I’d need a tablet to test it as I’m building.

So I bought a Samsung Galaxy Tab (ten-inch model). 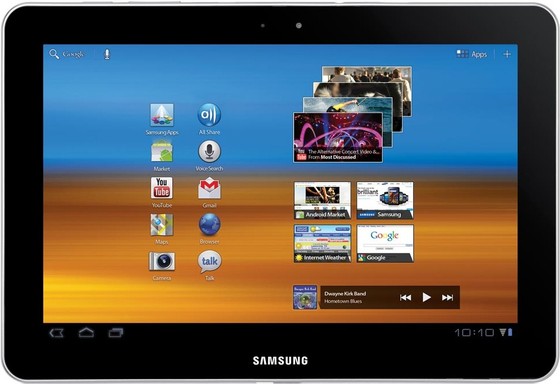 It showed up yesterday and while I was unpacking it, all three of the kids came into the room at different times and exclaimed, “Dad, you got an iPad! Cool!”

No, it’s not an iPad, kids. But I guess iPad has become synonymous with ten-inch tablets, just as Band-Aids and Kleenex have captured their respective markets. No one cuts their finger and says, “Hey, I think I need an adhesive bandage!” or has a runny nose and asks for a “facial tissue”.

Last night I spent a little time loading it with some apps– the same apps I have on my phone, actually. That’s a benefit: since both devices run Android, they’re compatible in that way. I must admit the tablet experience is pretty sweet, though. A touchscreen of that size is an entirely different world than a three-inch smartphone screen.

So far it’s been fun. I wonder if the novelty will wear off, though…