On the last day of our trip, we cruised through central Colorado on some crazy winding mountain roads. I love driving those, although it tends to make passengers kind of carsick. The GPS doesn’t really do it justice: 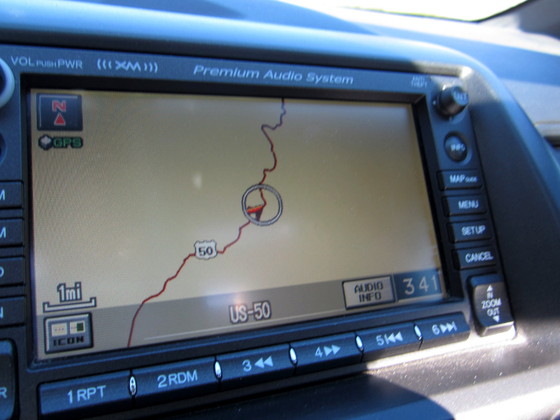 Yes, I took this photo while driving on the crazy curves.

We were hoping to catch some amazing fall colors, but unfortunately I think it’s been too dry this year and we were about two weeks too late. There were some aspen early in the day: 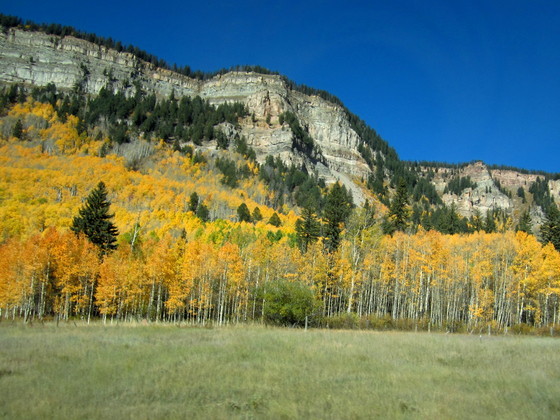 Also taken while driving. Hey, at least I wasn’t texting.

But as we continued driving, there wasn’t much color, or even much snow. It was kind of sad.

We looked for a few interesting places along the way and stopped at a little camping area with a pretty lake: 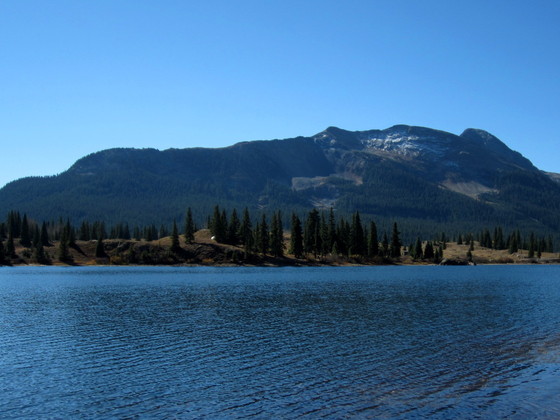 We stopped in Ouray for lunch. I love the town and the location– it’s a great example of a beautiful mountain town nestled in the valley: 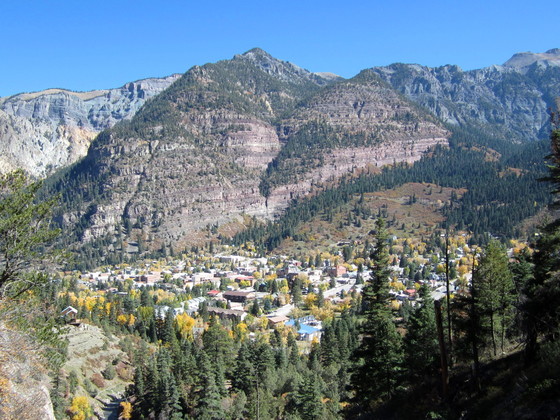 We went to Box Canyon Falls, remembering the out-of-the-way site from a trip a few years ago. Unfortunately we remembered it being quite a bit cooler than it was. You can’t really even see the large waterfall (center of the photo, behind the two overlapping rocks). 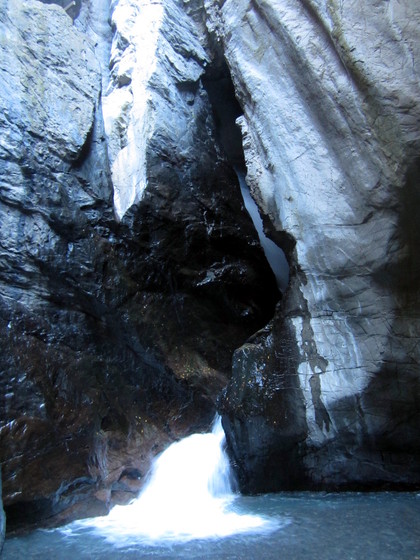 All this for $4 per person!

As we headed to the airport for Thom’s flight back to Seattle, I had the inspiration to stop in north Aurora for dinner at Mama Alvino’s Pizzeria. I used to eat there almost weekly when I worked at Raytheon, but haven’t been there in years. Since it was dark, there wasn’t much to photograph. 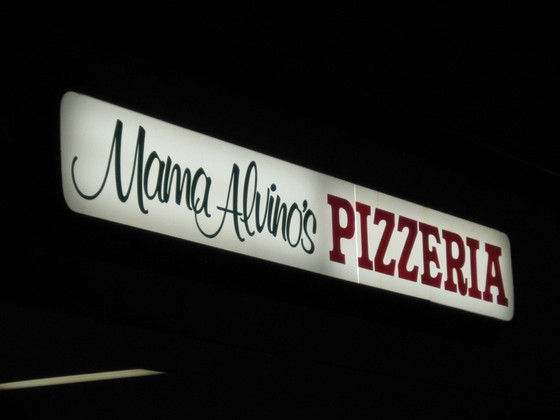 In total, we covered almost 1,800 miles and four states in five days. Things didn’t always work out as we’d planned, but it didn’t matter. We had a great trip as always.