As part of the Great Re-Carpeting of our house, I had to empty most of my basement office. It was amazing to see all of the stuff I’ve accumulated over the past decade… there are so many computers it’s embarrassing.

After a bit of thought I decided it was time to get rid of the hardware that I’ll never use again. It included a couple of old desktops and an ancient Power Macintosh… 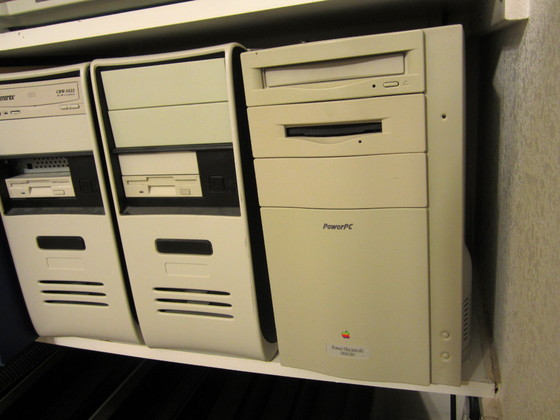 … as well as three of the original servers from BitRelay, my hosting company. The term “server” is being used loosely– in truth these were cheap iMachines desktop systems that were on sale at Best Buy when I started the company. 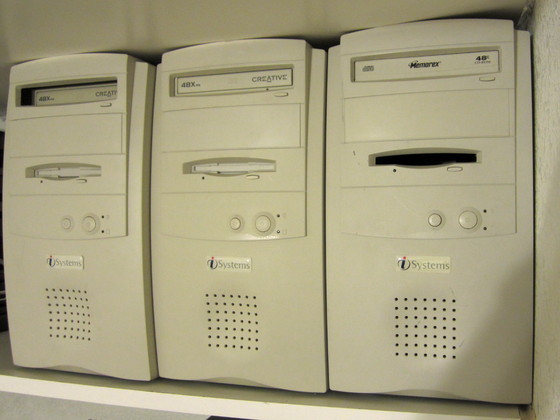 Perhaps most interesting of all was the stack of eleven old desktop systems that my friend Mike scavenged from a business many years ago. The company was tossing them out, and they were brand new in the box. He and I each snagged about two dozen of them, and over the years I’ve used them for a few hobby projects or to let the kids rip apart and learn how a computer works. I gave several to the local Boy Scout troop for their computer merit badge. But in the end, I really can’t think of what to do with eleven computers sporting 150Mhz processors, 4MB of RAM, and ancient ISA slots. 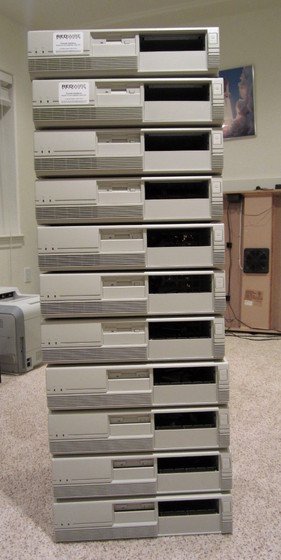 Practicality won out over nostalgia. So long, computers of yesteryear!