After some thought, this year I decided to make a gift of five dollars in cold hard cash. 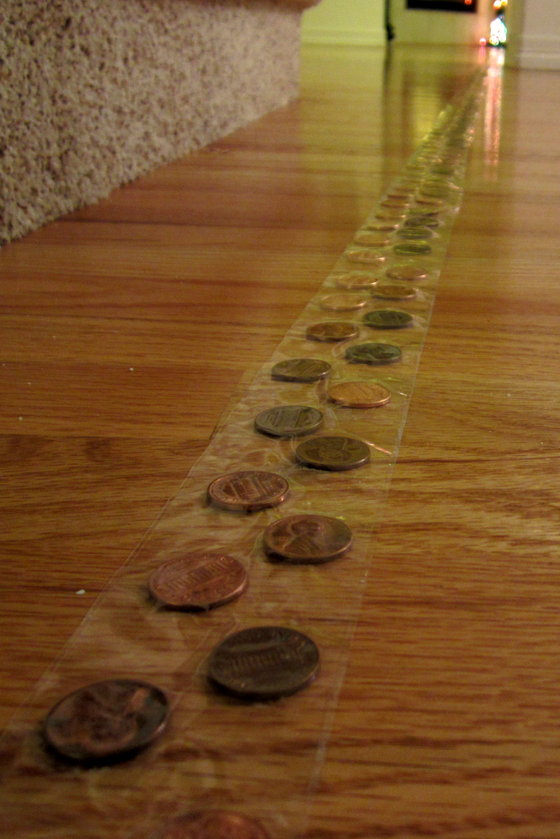 Zack and I carefully placed 500 pennies on a single strip of packing tape, then placed another strip of tape opposite. This sealed the pennies nicely, making them a real pain to extract. All told, the strip was around thirty feet long. I rolled it into a nice spool and placed it in a box.

Disclaimer: this idea isn’t actually all that new. Back in high school I owed my friend Bech around ten dollars after a bad night at poker, so I took 200 nickels and put them inside a strip of duct tape in the same fashion as this. Not to be outdone by my cleverness, Bech paid off later poker debts by tearing off pieces of the tape: if he owed fifty cents, he’d count off ten nickels’ worth of duct tape and hand over that part. Nice.