I was working late (surprise!) a couple of nights ago, and heard some shuffling in the window well next to my desk– which is in the basement. I figured it was the wind or something. Today I saw a critter running around in there! I think this little guy must’ve fallen into the window well a few nights ago and had been going crazy because there’s no way back out. He was probably hungry and confused.

Anyway, Zack was excited to catch him to return him “to the wild”. He climbed down into the window well while the rest of us watched from inside the house. The rodent seemed pretty tame. We couldn’t quite tell what it was, but wondered if maybe it was a neighbor’s pet on the loose. (Our rats have occasionally run off through our backyard.)

Too big to be a mouse… maybe a gerbil? Not a hamster or guinea pig… 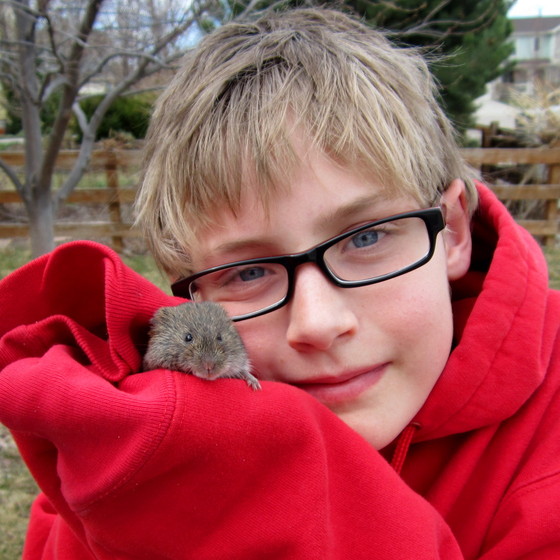 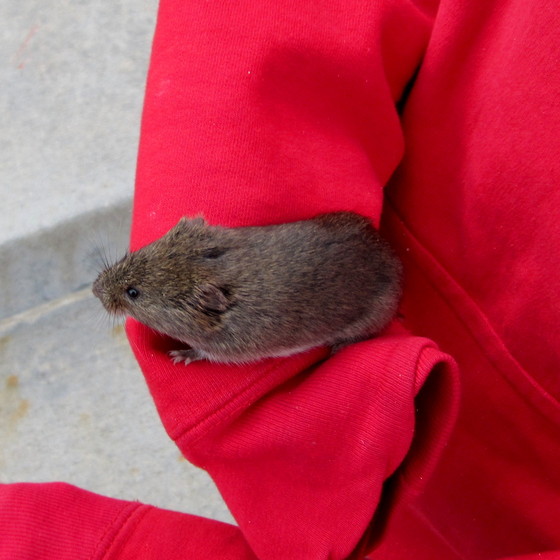 In the end, we determined he was a vole. Although you can’t buy voles at pet stores, apparently they’re generally tame enough that people catch them and have them as pets.

In any case, it was a fun little adventure and we released the critter over at the creek so he could make his way in the world again.