We just returned home from our trip to Utah to visit Laralee’s family. Of course it was fun, and featured such highlights as…

A visit to the Salt Lake Temple. La’s brother Doug was sealed to his wife Jen in a wonderful ceremony. 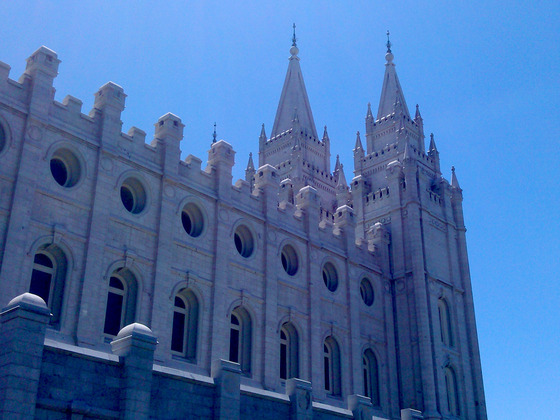 A guided tour of the BYU campus, where La struggled to remember what the buildings were, and what apartment complex she’d lived in. (In her defense, it was 20 years ago.) We did find the Marriott Center where she’d worked for a few years. 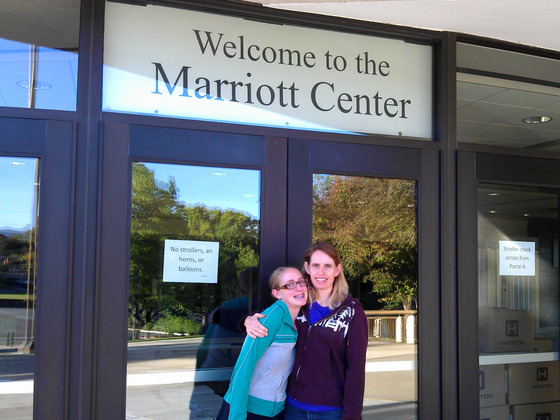 Unfortunately all of the doors were locked, so we couldn’t get in to see anything… until we ran into La’s old boss Dale, who actually remembered her after 20 years. He not only let us in, but gave us his key ring so she could take us all over. We saw the main basketball court, of course: 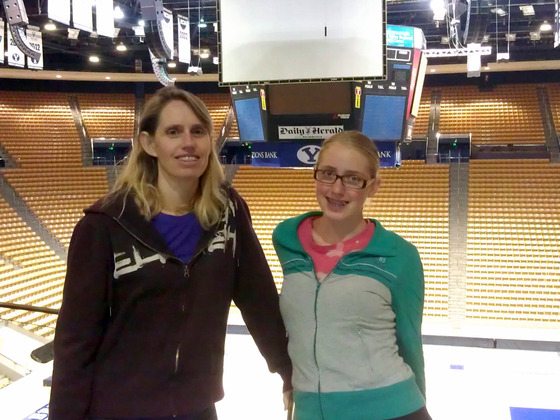 We also poked around the restricted areas, like the team locker room (freshly renovated, and apparently nicer than most NCAA schools): 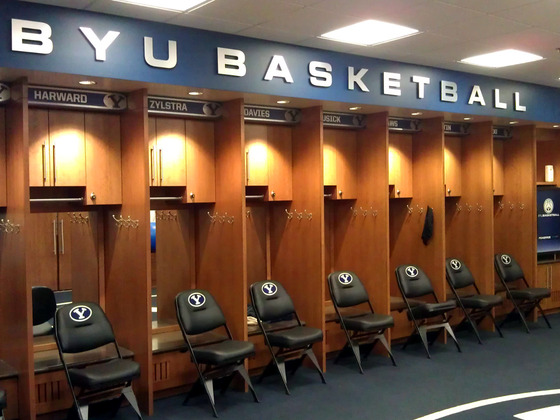 Driving around campus, we spotted the fateful stop sign where La was ticketed by campus police for failing to stop. In her defense, this is at the bottom of an enormous hill, so you’re cooking along at a good clip on your bike and hardly want to stop. On the other hand, the sign is pretty clear. She still gets worked up about it if you mention the incident. 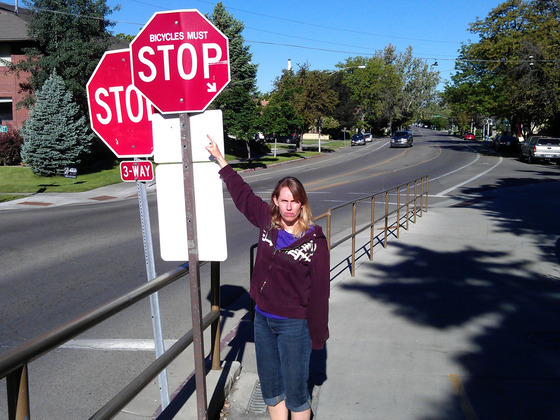 After BYU, we headed over to Saturday’s Waffle. This is a small business started by my nephew Colin and two of his friends. They park a little trailer at a strip mall on Saturday mornings and sell… waffles. But these aren’t just any waffles. They’re loaded with everything from chocolate and marshmallow (the S’more) to biscuits and gravy (the Lumberjack) to bacon and eggs (the Benny). These guys had a wild idea, put it together, and now they’re famous. There was a huge line. They’ve been voted Best Waffle in Utah (who knew there was such a thing?) and apparently receive a lot of calls from investors and people who want to franchise. They’re thinking of quitting their day jobs to sell waffles full-time. Awesome. 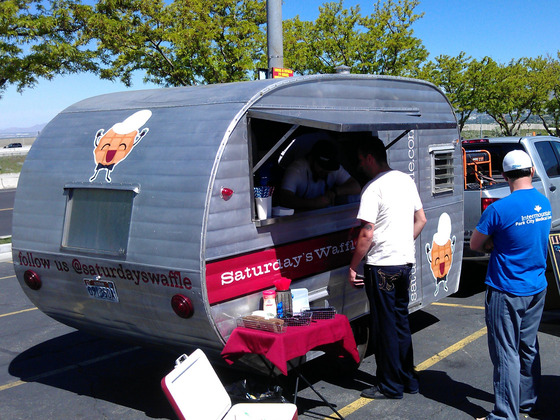 Oh, and I saw this cool license plate: 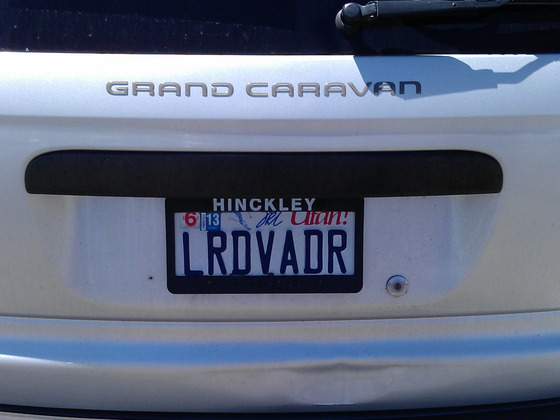 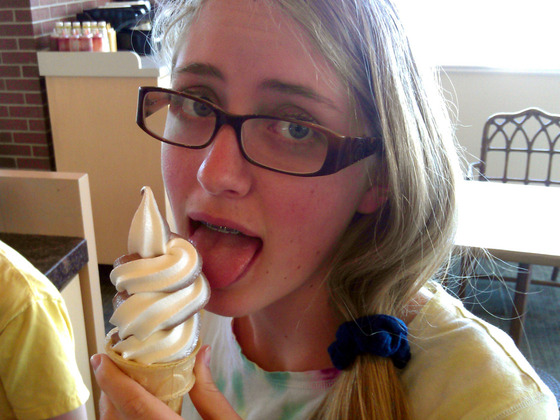 … And a chance for Laralee to try on some cowboy hats and tell me how she doesn’t look good in them. 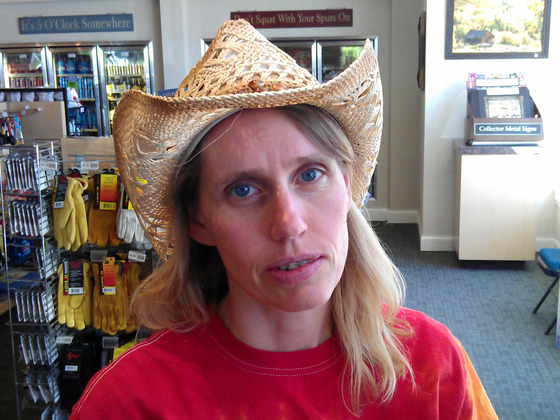 Good times all around.