Due to some scheduling difficulties, some of us made it before the Boulder crowd, so we decided to grab some food. We went to Biker Jim’s, which is sort of a dive restaurant that specializes in hot dogs. Yes, that’s right: their menu is basically a bunch of unique hot dogs like the Rattlesnake Dog, Alaskan Reindeer Dog, and a dog wrapped in bacon. According to Ben, there’s an “explosion of gourmet sausage restaurants in the area”. I didn’t realize “gourmet” and “sausage” could be used in the same sentence with a straight face, but regardless, the food wasn’t bad.

When we met up at the stadium, we went through the gate and Indiana Ben was immediately pulled aside for some special fun with a security agent. 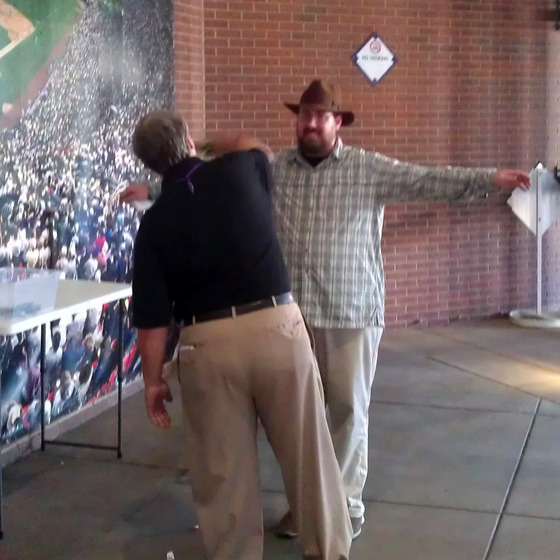 Aside from the authentic Indiana Jones hat, it was unclear what made Ben seem suspicious. Luckily he passed the frisking and was allowed to watch the game.

It was a gorgeous June evening. 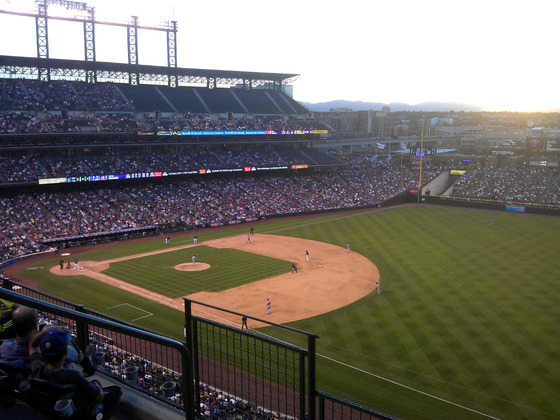 After a few innings without much action, the Rockies came alive and knocked two home runs to go up 5-2, then another home run later in the game gave them their final 7-3 victory. All in all, it was (as usual) a good time. 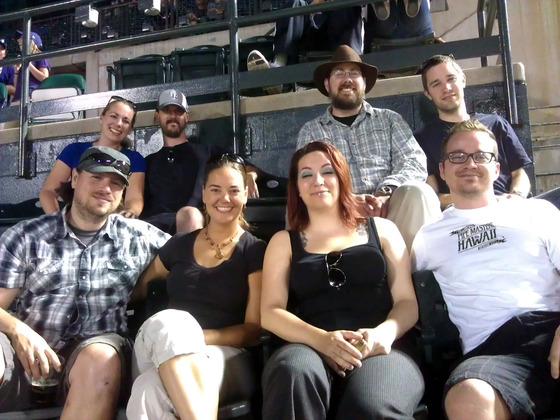 (Sorry, Amber, about the closed eyes!)