On Saturday, we decided to ride in the annual Longmont G’Knight Ride, which is a short bike trip around town. You can select one, five, or ten-mile segments.

Since La and I both had ancient mountain bikes we’d bought in 1995 (no kidding!) we’ve been thinking for a while about buying something new. What better time than the day of the big race? So we went over to a local bike shop, took a few test rides, and picked out a pair of nice Specialized hybrids. Neither of us wanted a true road bike, but at the same time we recognized that we really don’t hit the singletrack trails any more. A hybrid is a nice mix of the two: front suspension, larger and narrower tires, and a bit of a taller frame.

We tuned up the kids’ bikes and posed for a team picture. 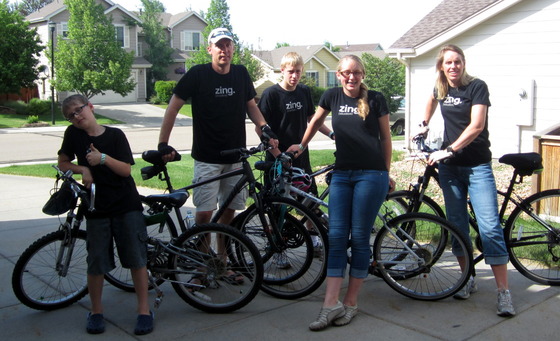 When Laralee registered our family, she had to enter a team name. Zack chose The Midnight Riders. We felt like we should at least have matching outfits, and since all of us have black Zing shirts, it was a done deal. Now we can say Zing is officially a biking team sponsor, just like the USPS!

We biked a few miles to Roosevelt Park, where all of the festivities were happening. There were thousands of people there! We all put on our official race bibs… 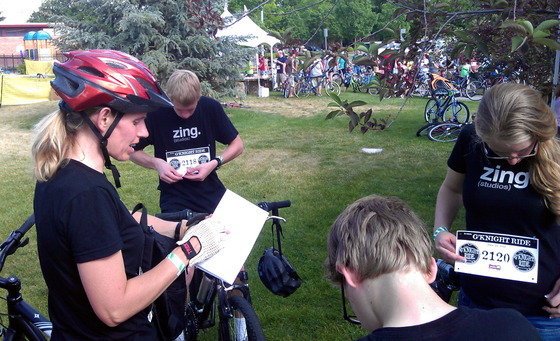 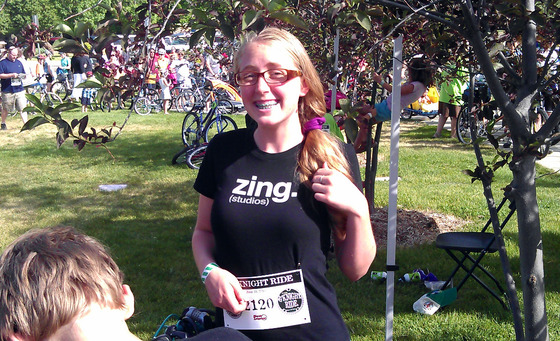 … and Zack made sure he was Mr. Cool. 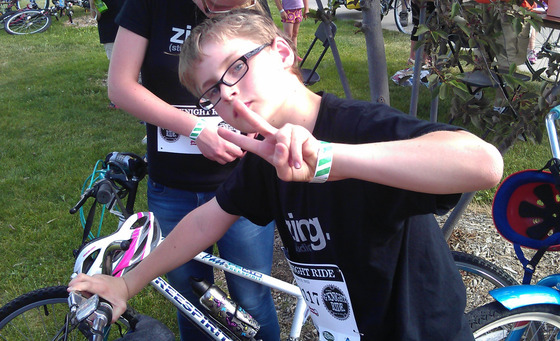 Then we were off, with a wave of about a hundred other people. It was slow going for the first mile or so, including a few stops at intersections where the police were directing traffic. 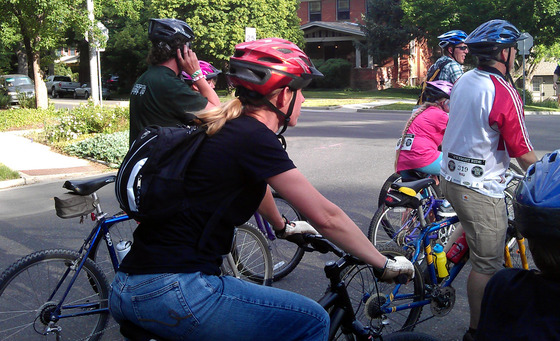 (Is that guy to Laralee’s left actually talking on his cell phone?)

Kyra did the five-mile tour with her friend Hannah and her mom, while La, Alex, Zack, and I all did the full ten-mile loop. Once we broke out of the pack, we made pretty good time and enjoyed the tour of Longmont.

After we crossed the finish line, we biked back across town to Nicolo’s Pizza, our favorite pizza place (conveniently located a few blocks from home). We enjoyed some good pizza and called it a night. 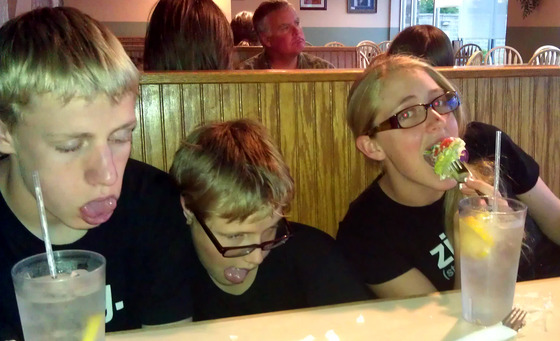 It was a lot of fun, and I love my new bike!