As rumors of the “Return of the King : Extended Edition” DVD begin circulating, there’s much speculation about whether it’ll be shown in theaters before being released to video (which would be both cool and frustrating), and of course about which scenes will be added.

But on Slashdot, the source of all knowledge, there was a great alternate plot:

Gandalf: That ring is bad news, Frodo, it must be destroyed.

Gandalf: It must be placed in the fires of Mount Doom.

Frodo: Oh well, I guess that means a lot of walking, camping and then running away from monsters, lots of death and almost losing all my friends?

Galdalf: Nah, I know some big eagles that can fly us straight to the mountain and we can drop it in the lava. We’ll be home by tea. 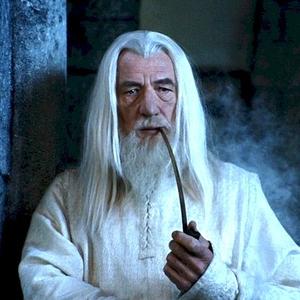