The Department of Homeland Security took a few minutes from its busy schedule of oppressing innocent airline travelers to combat a problem that has been plaguing America for centuries. With decisive action, they marched into Pufferbelly Toys (yes, that’s it’s real name) in rural Oregon and demanded that the owner remove the Magic Cubes from the store shelves.

“What are Magic Cubes?” you may ask. Indeed, they are sinister objects that will probably bring about the destruction of Western civilization– at least in the eyes of our friends at the Department. In fact they are knock-offs of the world’s most popular toy, the Rubik’s Cube. But according to the two Homeland Security agents who confronted the owner of Pufferbelly Toys, they were in violation of the Rubik’s Cube patent and therefore a threat to national security or something.

The owner complied with the request, the agents left, and she called the makers of the Magic Cube to explain the situation. They assured her that the Rubik’s Cube patent had expired several years earlier, and therefore the Magic Cube was not in violation and could certainly be sold. She promptly returned the items to the shelf for sale.

One might think the Department would sort of laugh off this incident as an over-zealous attempt to rid the world of evil, but oh no— Virginia Kice, a spokeswoman for Homeland Security, said this:

“One of the things that our agency is responsible for doing is protecting the integrity of the economy and our nation’s financial systems and obviously trademark infringement does have significant economic implications.”

So there you have it. The Fed is pouring billions of dollars into the Department in hopes of safeguarding Americans from terrorist activity, and now we learn they’re going around enforcing trademark infringement (which, best of all, turned out to be completely false anyway… thanks for doing your homework, guys!).

What a bunch of idiots. 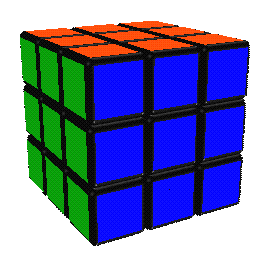