It comes as no surprise that the average weight of Americans has increased– something like 40 pounds in the past fifty years. But now a new government study (motto: “Remember, it’s your tax dollars we’re spending here!”) has shown that the airline industry is getting hammered because of it.

“The extra weight caused airlines to spend $275 million to burn 350 million more gallons of fuel in 2000 to carry the additional weight, the federal centers estimated in a recent issue of the American Journal of Preventive Medicine.”

Now, I’ve weighed 165 pounds since my junior year of high school. I fluctuate plus or minus five pounds or so, but overall I’ve been the same size for the past fifteen years. As those other passengers continue to bloat, I’m thinking I should demand some kind of “low fat credit” on my ticket prices. Or, conversely, there could be a “fat surcharge”. Either way, it doesn’t seem fair that I pay for the jet fuel to fly the huge guy next to me across the country. 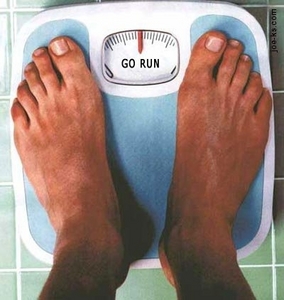