Good old Dirk sure knows how to raise my spirits… he sent me a link to a news article discussing the resignation of John Ashcroft.

Ashcroft, in a five-page, handwritten letter to Bush, said, “The objective of securing the safety of Americans from crime and terror has been achieved.”

Sweet! America is secure… so we’ve apparently won the war on terror! I was such a naysayer, always criticizing ol’ John because I thought we could never really defeat the terrorists. Boy, I’m sure eating my words now! I guess now that they’re finished (and crime too!) John needs to move on to other things. Like, uhh, running for Missouri state senate or something. 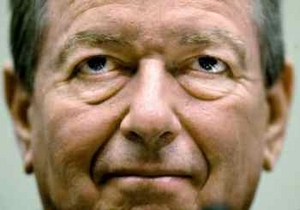